A Revanth Reddy: The common man has paid the price of Covid-19

A Revanth Reddy
The writer is a Congress MP who represents Malkajgiri, Telangana, in the Lok Sabha 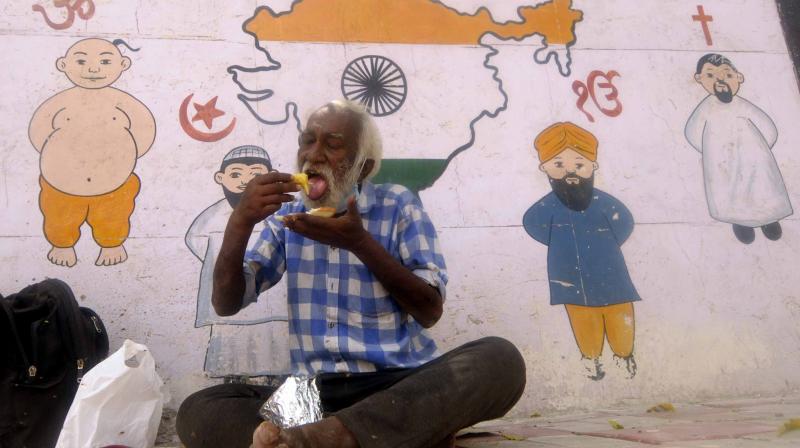 “Narendra Modi is proud that he is a good orator and speaks like an actor. If his speeches can fill the stomachs of the poor, let him do more speeches,” AICC president Sonia Gandhi has said. Her words seem prescient today, at a time when Modi’s American counterpart is failing to save lives with his own speeches. The great leveller — of both India and Big Brother USA — is the novel coronavirus.

The first case of coronavirus in India was reported on January 30 when a student, from Wuhan in China, was found infected with the deadly virus. On February 12, Congress MP Rahul Gandhi highlighted it but his comments were met with derision from BJP leaders. On February 24 — when the whole world was seized of the problem and social distancing was already in force in some countries — Modi was organising the Namaste Trump extravaganza. Then Team Modi got busy playing the toppling game in Madhya Pradesh.

Both lives and livelihoods could have been saved had the government learnt from the best practices in South Korea which successfully followed the strategy of ‘test, trace and treat’. Turn the page and learn the work, as the saying goes, when you are bereft of ideas.

But it was not until March 3 that the Prime Minister could take a review of the pandemic. Even so, the Ministry of Home Affairs accorded permission to the Tablighi Jamaat to hold an international convention on March 13-15.

How did this come about? The Tablighi Jamaat had applied for permission to hold the convention in Maharashtra on March 8 but the Maharashtra government denied it. In Delhi, however, it was not of the AAP government of Arvind Kejriwal but the Centre’s prerogative to allow or disallow it. It is the Department of Home Affairs that regulates permissions for such events in the National Capital Region.
Why was the convention allowed in Delhi when the city had already reported cases of Covid-19, and equally pertinently, why were close to 2,100 people granted visas from Indonesia, Malaysia and Thailand, countries where the virus had already made rapid strides? Visas from these countries were rejected only after March 13, but by then it was too late. Nevertheless, the ruling party at the Centre was happy as the results fed into its narrative and propaganda.
The common man has paid the price. The lockdown has crippled an already ailing economy. Small and medium enterprises have been left in the lurch. Millions of unorganised sector workers are now facing an unprecedented but very real threat of death by starvation.

In Telangana, the situation is even more alarming. When she brought the pandemic to the attention of the Assembly, MLA Seethakka was heckled by Telangana Rashtra Samithi legislators, the chief minister included. But overnight K Chandrashekar Rao changed his stance and he now claims omnipotence with regard to dealing with the pandemic.

The state is locked down, as if it were the only way to contain the virus. Though Telangana boasts of a long list of health luminaries of the likes of Dr Somaraju and Dr Guravareddy, no attempt was made to constitute a taskforce to advise the government. Neither was the vast medical infrastructure lying with the private sector put to use. The focus stayed firmly on KCR’s own image-building.

Tall promises were made, of the likes of “purchasing every single grain in the state”. The competence of the state government could be judged from the fact that it failed to organise marketing for sweet lime farmers belonging to just two districts in the state.

As I write this, the world is witnessing a geoeconomic churning. Japan, for instance, is moving its companies out of China, offering special incentives to set up manufacturing units at home. European countries are also trying to dilute their dependence on China for manufactured goods. But India has failed to use its young demographic to replace China’s strength of trained and cost-effective labour.

Meanwhile, rich nations are offering mammoth packages to protect industries and employment. The incentives offered by the US stimulus package defy imagination. Employers are being given payroll reimbursement for three months, which they can repay within the next 30 years at one per cent rate of interest! Companies have been incentivised for not removing employees from payrolls. Against this background, the economic packages offered by the central and state governments frankly do not inspire confidence.

Two issues merit special attention. One, the grassroots scenario amid this pandemic is not quite as under control as our leaders want us to believe. Several medical, police and sanitary personnel, who are the real heroes of the day, are succumbing to infection. They lack the gear to deal with the crisis.
Even today, the state government in Telangana could not succeed in tracing all the Nizamuddin travellers. That is again of critical importance.

In Telangana, testing protocol requires a time of four to six days. New testing technologies are available to get quick results. Recent studies report that the transmission of virus could start two days prior to showing of symptoms, which underlines the need for quick results.

The state is endowed with a large medical infrastructure in the private sector and was once promoted for international medical tourism. Till date, however, corporate hospitals are not involved in the effort. Instead, the government is boasting of establishing a new hospital in Gachibowli starting from scratch. “Empire building” is not a priority but making use of available strengths and talent is the need of the hour.

Also pertinently, people suffering from other diseases are being ignored. Several heart-rending stories are in circulation. An effective public-private partnership between the state government and private hospitals can cater to their needs.
Two, the farming community is in dire straits. The state government, which promised all agricultural produce would be purchased, could not create confidence. The movement of stocks from field to mills to godown involve meticulous infrastructure and financial planning, with limited availability of storage. The kharif season commences shortly giving little scope to farmers to dispose of their stock and be ready for the sowing season after procuring inputs.

The track record of the TRS and its government is not much to depend upon. It excels in grandstanding. Today, citizens are bearing the consequences of rulers’ incompetence. But if rulers fail again, people may lose their patience.