For long we have believed numbers are sure indicators, that they don’t deceive 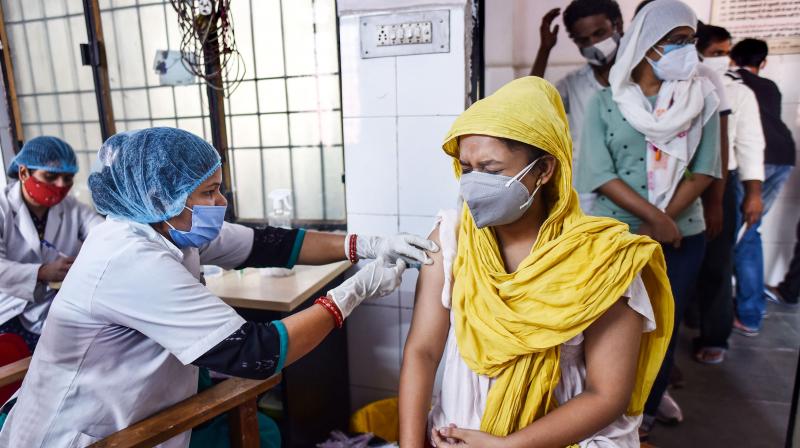 There was a spurt in the numbers between the end of March and the end of April: 66,13,641. It seems the gap between the first and second waves was too short. There was no room for declaring the Covid-19 ended either at the end of January or end of February as there was just a decline in numbers but the monthly figures remained substantial. They show Covid-19 was still raging. Again, the decrease in infections can’t be attributed to the phased vaccination programme rolled out on January 16. The infection was moving along a trajectory of its own and the vaccination on its own. Somewhere the two trajectories should reach a point in future, either at the end of this year or sometime in 2022, or even later, when the infections must touch zero and the vaccinations should be at a permanent peak.

When the first wave receded in January-February this year, and the second wave surge became evident in April, the interpreters of Covid-19 numbers made the error of believing things were getting better. It’s not just the issue of learning from the pattern seen in other countries that there was an imminent second wave. The first wave numbers didn’t flatten enough for even a robust optimist to turn one’s back on the pandemic. It’s unnecessary to attack Prime Minister Narendra Modi and his team for getting the Covid numbers for January/February wrong. The false glimmer of hope created by the receding first wave was a natural one. Caution would have dictated that the fall in number of infections, however encouraging, wasn’t good enough to believe that the trouble had ended.

For long we have believed numbers are sure indicators, that they don’t deceive. Most of the time and in most contexts the belief in numbers is justified. But this turns out to be a simplistic assumption when we are dealing with biological phenomenon. It’s indeed a matter of debate whether viruses are biological creatures. Though population genetics brings mathematics and biology quite close, we have seen that mathematical models for the coronavirus, especially Covid-19, has been a non-starter.

The infection rates and the fatality rates can serve in inferring some kind of mathematical modelling, but it’s unlikely to help in predicting the patterns of the spread of infection or the rate of fatality in a definitive sense. This poses problems for epidemiologists and for governments to manage an epidemic. So, the Covid-19 infection rates in India and in the world which the different dashboards are displaying are signs of how things happened but the numbers on these dashboards can’t be used to predict the future behaviour of Covid-19. The fluctuating graph doesn’t point to either the end of the pandemic or its unrelenting course. The infection and fatality figures might just stop blipping on these dashboards. But this cannot be taken to mean that it’s all over, or if it comes back against it will be easy to predict its patterns.

The weapons at our disposal to deal with a pandemic like Covid-19 are the vaccines and therapeutic drugs, which need to be modified constantly as mutations emerge in the virus. It’s a constant battle, and of course it’s not all chaos. There’s a certain stability which allows doctors and researchers to work with vaccines and drugs. Even if you succeed in containing Covid-19 and some other similar coronaviruses, the dangers of other pandemics are not ruled out. And with every new menace, you must fight with whatever we have on hand, including drugs that worked earlier and may not work now, and vaccines which were successful may not do the job this time around.

This uncertainty is bad news for political leaders as they are quite keen on defeating opponents and they love to celebrate victories. The Covid-19 pandemic is proving to be a party-pooper for them. Prime Minister Narendra Modi, Delhi chief minister Arvind Kejriwal and Uttar Pradesh CM Yogi Adityanath are all hell-bent on defeating Covid-19, but their naivety in the matter is not amusing. The medical emergency gives them plenty of opportunity to prove their leadership skills like issuing orders, the one thing leaders enjoy the most. But dealing with a pandemic is a long-drawn affair. It’s not just about issuing orders. All that one can succeed is either to contain and minimise its impact, and deal with reconstruction work to undo the destruction it has caused. There is no room for loud and vulgar war cries of victory. Meanwhile, the numbers will need to be tracked as meticulously as possible because they can help in a limited way to deal with the pandemic. But there will be no magical patterns and solutions in the numbers.