Shobhaa De | Do Indians and our govt really care about sports?

Milkha Singh titled his autobiography The Race of My Life, and the nation ran it with him 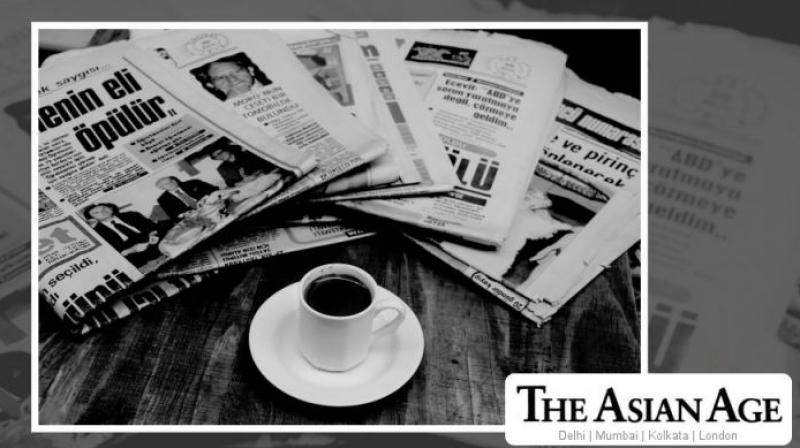 India rediscovered legendary athlete Milkha Singh after he died of Covid-19 complications at a Chandigarh hospital just five days after he lost Nirmal, his wife of 58 years, to the same disease. An avalanche of tributes poured in, with Prime Minister Narendra Modi calling him a “colossal sportsman who captured the nation’s imagination”. Several flowery tributes followed, but one thing that struck me amid all this gush was the sad fact that this outstanding sportsman, who brought so much fame and glory to India when he “flew” on the track, had only got the Padma Shri back in 1959, and nothing since. He declined the Arjuna Award and sulked publicly, hinting he expected a Padma Bhushan. We all know how Padma awards work; but surely years later Milkha should have been “upgraded”!

We can still do it! So many other sports stars have been richly rewarded for their achievements. Bharat Ratna Sachin Tendulkar, for example. No disrespect, but if a world-class cricketer can get the country’s highest civilian award, why not an internationally recognised track star? There is talk of a posthumous award for Milkha, but frankly posthumous awards have little meaning. The only people who benefit are family members. The recipient passes away without the thrill and joy of being publicly feted. Posthumous awards are a waste of time; those deserving should be celebrated when they are hale and hearty and can cherish the honour with their loved ones.

Milkha Singh must have been a fairly modest man: a huge attribute in today’s times when every second person is a brazen hustler. Had Milkha been shrewder or more calculating, he would have milked his awe-inspiring status and demanded all sorts of privileges, like many others. I watched Bhaag Milkha, Bhaag thrice in 2013. For one, I was a track athlete myself, and know what it takes to breast that tape and create new records. Farhan Akhtar played Milkha in the biopic, which grossed over Rs 100 crores. Apparently, Milkha asked for Re 1 as his fee, but insisted that a share of the profits go to his foundation. Akhtar did a convincing job of not just acquiring a runner’s taut frame, but sensitively portraying a runner’s anxieties and vulnerabilities. The man behind the movie, Rakeysh Omprakash Mehra, said of Milkha: “He believed there are no short cuts if you want to be the best in the world.”

It’s not too late to course correct. Governments and sports bodies the world over are commissioning statues of living sports heroes -- Rafael Nadal recently posed in front of his magnificent statue that was unveiled at Roland Garros as Rafa fans worldwide cheered and applauded the legend, winner of 20 Grand slams. In India, the politics of erecting statues of public figures is mired in controversy. It’s bad enough that we have to endure the mediocrity of netas while they are alive. It’s much worse to have precious urban spaces blocked by ugly statues of awful people whose “contribution” is dodgy at best. I’m sure nobody would question an appropriate statue of “The Flying Sikh” (a title given to him by Pakistan’s Ayub Khan) outside Chandigarh airport. There is a wax statue of his at Delhi’s Madame Tussaud’s museum. But is that really enough? Milkha Singh was orphaned during Partition and saw five members of his family being butchered. He arrived as a refugee in Delhi and joined the Indian Army after abandoning plans to become a dacoit out of sheer frustration! He went on to bring glory to the nation as a four-time Asian Games gold medallist. His 400 metres timing of 45.6 seconds was unbroken for 38 years. What a story for youngsters to derive inspiration from!

India really needs to value its sporting greats and reward them suitably. Since I am one of the growing voices saying “No” to the Tokyo Olympics (23 July-8 August 2021), I read sports minister Kiren Rijiju’s comments on India’s participation with interest. “This time we are aiming high, with full confidence and I believe we should do better than any of our previous performances.” Wait a minute, Sirji. Our “best” show was way back in 2012, when we came back with six measly medals. Minister saab is expecting a record haul and says he has interacted with most of our elite players and Olympians. For the record, Mr Rijiju’s ministry spent Rs 1,000 crores in the past four years preparing for the Olympics.

While I admire his faith and am also hoping for a decent showing this year, despite the pandemic with all its challenges, it must be said that our contingent came back with two medals from the 2016 Rio Games (where China won 70). At that time, I was slaughtered across the social media for “criticising” our athletes for their dismal performance. Our athletes are only as good as their support system. Mr Rijiju is a smart, young, dynamic politician (future Prime Minister material). He has as much riding on our medal haul as the athletes themselves, who have trained hard for this momentous event.

The problem is our casual attitude towards sports. Apart from cricket, almost no other sporting activity is “recognised” or encouraged as enthusiastically. Milkha Singh’s son Jeev Milkha Singh (also an Arjuna Award winner) is arguably one of India’s best golfers. We have our star tennis players and more recently, badminton is also receiving its due, along with table tennis. Our staple -- hockey – where we used to be world leaders -- has been relegated to a less hallowed position, after we failed to win any significant title after dominating the game for decades. The mindset of most Indian parents has not shifted sufficiently to support the sporting dreams of their children. Golf and tennis are seen as elitist sports that require generous financial support. Sports scholarships are hard to come by. Talented athletes have it tough. It’s only now that we see women boxers and wrestlers coming into their own and shining at global events. As are female shooters. Archery is finding takers across the country, but in terms of commercial success, the megabucks are made by cricketers, and cricketers alone. With our Olympics contingent all set to compete in the most prestigious sporting event on earth, here’s wishing them love and luck. Milkha Singh titled his autobiography The Race of My Life, and the nation ran it with him. His race ended on June 15, 2021. It’s time to chorus “Bhaag India, Bhaag”, and hope Mr Rijiju’s prediction of a rich Olympics’ haul goes beyond wishful thinking.