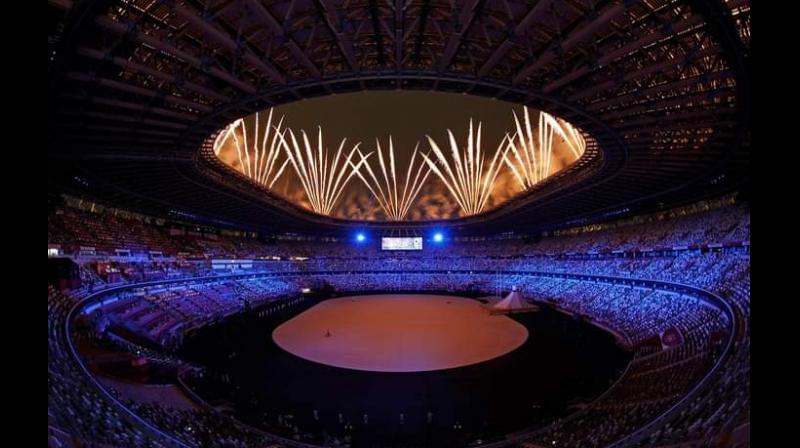 Japan placed its bid for the 2020 Olympics (now being held in 2021 thanks to the Covid-19 pandemic) five years after China made its dramatic entry onto the world sporting stage playing host to the Beijing Olympics.

When the 32nd Olympiad opened over the weekend in Tokyo the question on many Asian minds would have been whether the United States would continue to bag the largest number of medals or whether China would make a comeback. Right through the 1970s and the 1980s the Soviet Union dominated the Summer Olympics, with its sportspersons bagging the largest number of medals. It took the implosion of the Soviet Union and the end of the Cold War for the United States to emerge as the biggest collector of medals at the games. The US has since remained at the top except in 2008, when China hosted the games and bagged the largest number of medals. As the games return to Asia it remains to be seen if Xi Jinping’s China can repeat the 2008 performance.

The Olympics have not just been about sport and athletics. Hosting them and securing medals has also been about national pride and geopolitics. Japan placed its bid for the 2020 Olympics (now being held in 2021 thanks to the Covid-19 pandemic) five years after China made its dramatic entry onto the world sporting stage playing host to the Beijing Olympics. Not only did China organise the most stunning opening and closing ceremonies, that captured global attention, but it also succeeded in bagging the largest number of medals, displacing the United States for the only time after the collapse of the Soviet Union. Many around the world felt the wave of pride and nationalism that swept China and the overseas Chinese community as they watched an extravagant show staged with perfection.

For close to three quarters of a century after the modern Olympics convened in in Athens in 1896, the trans-Atlantic nations hosted the games. Japan, not surprisingly, had the opportunity to be the first Asian host in 1940. It was by then Asia’s most developed and powerful nation and Europe could no longer ignore it.
The Second World War, however, prevented the staging of the games in Tokyo and so they returned to Europe. It took another quarter century for the games to return to Asia and, understandably, to Japan.

In 1964 a newly democratic and resurgent Japan staged the Tokyo Olympics as a kind of a “coming out party”, demonstrating to the world its resilience and the capacity to bounce back from the devastation of a nuclear holocaust. If 1964 was about Japan’s phoenix-like rise from the ashes of war and devastation, the 2020 bid, that Japan placed in 2013, was clearly a response to the challenge posed by China’s impressive hosting of the 2008 games and its growing geopolitical dominance across Asia.

The one thing that had changed across Asia and the world between the 1964 Tokyo Games and the 2008 Beijing Games, apart from China’s rise, was the arrival of satellite television. The Olympics had entered every home across the world. China made the most of it with its spectacular event management. Xi Jinping had not yet arrived on the scene and the world was still taking a benign view of China. Japan had to catch up in more ways than one. Given the growing competition with China for political and economic influence it was only to be expected that Japan would want to once again host the games.

However, geopolitical competition with China was not the only motive behind Japan’s 2013 bid. Returning to office in 2012, after his all too brief a stint in 2006-07, Prime Minister Shinzo Abe sought to end the long period of Japan’s economic stagnation and the consequent depletion in Japanese public morale by bringing Japan back to the centrestage of Asian discourse. Even as he focused on the economy with the “three arrows of Abenomics” -- liberal fiscal and monetary policy and structural reform – Mr Abe sought to refurbish Japan’s regional and global profile.

Competing hard with Madrid and Istanbul, Mr Abe placed all his energy into making sure that Tokyo won the bid.

Through the 1990s Mr Abe’s predecessors had been seduced by the Chinese market and invested far too much in China to the neglect of the rest of Asia. Bringing the games back to Japan was part of Prime Minister Abe’s grand strategy for the rejuvenation of Japan and the reassertion of its place in Asia. Sadly, however, the Covid-19 pandemic and the US-China Cold War have cast a long shadow on the games. The Covid-19 virus has already taken the fun out of the games both at home in Japan and across the world. Japanese public opinion has not been in favour of hosting the games and several foreign teams have been forced to remain or return home. For Prime Minister Yoshihide Suga, this is a big setback given that he had hoped to convene national elections to the Diet soon after a successful hosting of the games.

Apart from a range of organisational and financial problems that the Japanese authorities and games organisers are dealing with, the likely attempt of China and the United States to dominate the games may end up overshadowing the host country teams.

International relations scholars are already predicting that the US-China “New” Cold War rivalry at the Olympics would mimic the US-USSR Cold War rivalry, with each trying to demonstrate to the world that their political system is best suited for the promotion of human talent.

Analysts also suggest that global interest in the Olympics may be flagging and television advertising revenues may fall short of expectations. The widening scissors of rising costs of staging the games and declining revenues from the games may discourage host nations in future from making much of the games. India hopes to host the Olympics in 2048, after celebrating the centenary of its Independence. It remains to be seen how the games evolve by then and what kind of investment they would require. If the Indian bid succeeds, we would be hosting the Olympics 40 years after China. That is a good measure of the present development distance between the two Asian neighbours.