“Development”, like beauty, is a word that triggers lively discussions and polemical exchanges 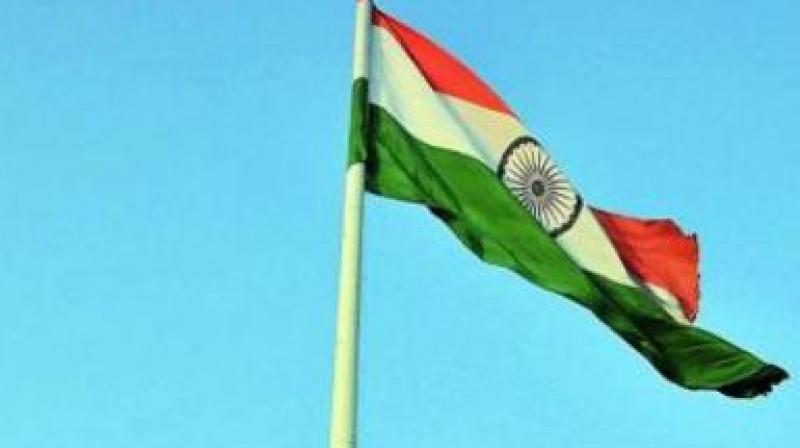 The idea of development not only varies, it is constantly shifting. But crucially, it is the matter of the tag. (AA Image)

“Development”, like beauty, is a word that triggers lively discussions and polemical exchanges. No surprise then that the one sentence from Prime Minister Narendra Modi’s 80-minute Red Fort speech on the 75th anniversary of the country’s Independence that grabbed headlines round the world pivoted around the promise to make India “a developed nation” in 25 years.

Arguably, the idea of development not only varies, it is constantly shifting. But crucially, it is the matter of the tag. Just as winners at beauty pageants are officially-certified beauties and enjoy all the perks that go with the title, countries officially classified as “developed nations” have power, prestige and get to sit on the high table on many occasions.

Developed countries are not all the same, nor have the same political ideology. But typically, they have some things in common -- high gross domestic product per capita, an overall high quality of life and advanced technological infrastructure compared to less industrialised and less developed nations.

A lot has already been said about what it would take for India to get there and the challenges on the way. What is less discussed are two “what ifs”.

First, what if India continues to chug along on multiple tracks, at multiple speeds, with vocal segments of the population resembling denizens of a “developed country”, while millions of people remain far from the goalpost. That has been the India story till date.

Second, what if remaining in this hybrid mix of first world and developing world has a much steeper cost given the rapidly changing geopolitical realities in the wake of the series of global shocks that have smashed old assumptions, and an increasingly polarised landscape at home?

Consider some hard realities. Huge differences persist between states, often between different districts in the same state, and between cities and villages in the absolute basics. Kerala has 94 per cent literacy; Bihar has 61.8 per cent. There are similar contrasts when you look at issues around gender, caste, religion.

In GDP terms, India is one of the biggest economies in the world, but that means little when it comes to GDP per capita which gives an idea of the average income of a country’s people. On that metric, we not only are way behind the traditional clutch of high-income countries but also many in the “developing world”, such as neighbouring Bangladesh.

On many other fronts, official data reveals glaring contradictions within a state, and the yawning chasm between the India that is close to a developed nation and the India that trails woefully behind. Take women’s empowerment -- the latest National Family Health Survey (NFHS-5, 2019-2021) tells you that the number of women between the ages of 15 and 49 who now have a bank account that they themselves operate jumped from 53 per cent in 2015-2016 (NFHS-4) to 78.6 per cent in 2019-2020. The percentage of women who have a mobile phone of their own has also shot up from 45.9 per cent to 54 per cent in the same period.

The figures are demoralising. Equally demoralising is the use of words like “being allowed” in officialese. India also has one of the lowest female work participation rates and it has dipped even further in recent years.

To qualify as a developed nation, everyday life of ordinary Indians must improve massively so that they have more choices and can live up to their potential. That the extraordinary and those with power and privilege will do well is taken for granted but the extraordinary doing extraordinary things does not lift the boat and will not help India get the developed country label.

Quite a few nations have moved from developing to developed country status in recent decades. Some nations in East Asia showed it’s possible to have rapid economic growth, bridge the gap with developed countries and make the lives of ordinary people significantly better. They also show there is no magic bullet and no one recipe book.

For India to become a high-income, developed country, all Indians, and not just some, should have more control over their own lives and be able to optimise their potential. That means not just access to mobile phones and bank accounts and the hardware of development like roads, bridges and highways, but also lifestyle features, including freedom of mobility and choices in one’s personal life.

India has more children than any other country in the world. It will be a developed nation when all children can aspire to a future and none are beaten by teachers because they come from vulnerable populations and those at the bottom of the economic and social heap. The festering social tensions, the growing religious tensions and polarisation are roadblocks that come in the way of India realising its full potential and will delay or derail India’s ascent.

All this necessarily means having honest conversations on our strengths and weaknesses and confronting the inconvenient truths and contradictions. The “developed nation” tag is possible, but it’s not pre-ordained or inevitable.