A delay that violates the basic rights of children

The reopening of schools for in-person classes, mostly for Class 9 to Class 12 only, is one such action 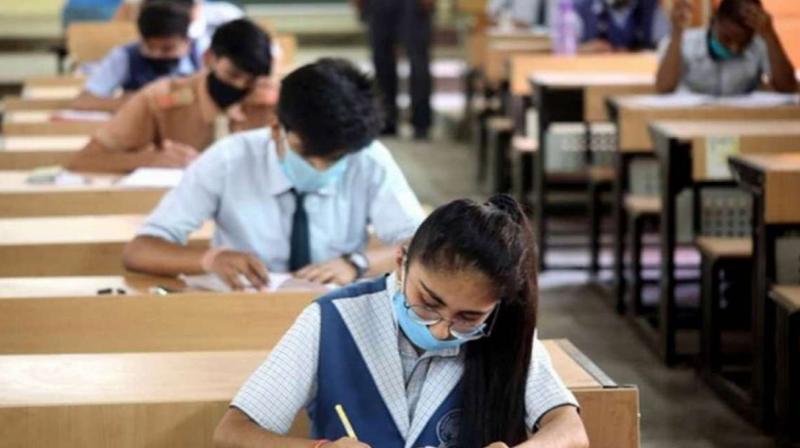 An estimated 115 million school-age children in India get mid-day meals when they attend classes, and the school closures in India continue to impact both learning and nutrition of children, which to an extent is in violation of the right to nutrition and life. (Representational Photo: Twitter)

In all areas that require comprehensive and timely measures, especially in the social sector, the Union and state governments in India often resort to half-hearted measures and symbolic actions. The reopening of schools for in-person classes, mostly for Class 9 to Class 12 only, is one such action.

The move for school reopening in India continues to be delayed by the majority of the state governments in India, despite the evidence which says that in the pandemic period, whenever Covid-19 related restrictions are removed, schools should be the first to open and the last to close. The schools should be opened for in-person classes, as science and epidemiology tells us that (a) children, among all age groups, are at the least and lowest risk of the Covid-19 moderate to severe disease; (b) schools do not increase the risk of SARS CoV-2 transmission in the community; (c) Covid-19 vaccination is not a requirement to reopen the schools; and (d) the primary school should be the first to open before schools for other age groups. The leading researchers have reported that school closures have widened inequities in learning and a leading professional association in India, comprising 6,000 medical doctors and professionally trained epidemiologists, has categorically recommended that it is safe to open all the schools, including pre-schools, with the required safety measures.

The state governments in India have done exactly the opposite of what science and epidemiology tells us: the schools were the first to close and the last (and for many classes yet) to open. This is in spite of the fact that health and education experts and policymakers all agree that the online classes are not an alternative for in-person schooling and learning. Thus, the question arises, what are the governments waiting for to open the schools? Are the governments, knowingly or unknowingly, failing to fulfil their constitutional obligations to the children?

The Constitution of India mandates the right to free and compulsory education  for children aged six to 14 years (Article 21A) and the states have been assigned the responsibility for the care and education of all children below six years of age (Article 45). The Covid-19 pandemic-related closure of the schools and some of the disruption in the education sector was unavoidable; however, with evolving science and epidemiological evidence, the world is wiser and most countries have resumed in-person schooling for all age groups. Most have the children in primary classes back in the schools, except for India and a few other countries.

Learning is not the only loss. An estimated 115 million school-age children in India get mid-day meals when they attend classes, and the school closures in India continue to impact both learning and nutrition of children, which to an extent is in violation of the right to nutrition and life (Articles 47 and 21). Furthermore, with limited or no access to the right devices and assured Internet connectivity for children in the lower socio-economic strata -- both in rural and urban India -- the learning gap has widened between affluent and poor children, which violates the right to equality, that is enshrined in Articles 14.

Eighteen months into the pandemic, scientific and epidemiological evidence indicates that the risk of Covid-19 for children is low and the benefits of in-person learning are far greater. In many recent surveys and discussions, a majority – of up to 90 per cent -- of poor parents, especially those whose children study in government schools, wanted physical classes to resume. Only a small proportion of parents with access to all the resources, including personalised tutoring for their children, are opposed to school opening. These parents are in leadership positions in the parents’ associations and are apparently more vocal than the majority, of mostly poorer parents, for whose children the reopening of schools is the only chance to ensure a proper education. While scientific evidence supports school reopening, much of the opposition to the reopening of schools is based on emotional arguments and devoid of scientific and rational thinking. Article 51A (h) of the Constitution of India requires citizens to develop a scientific and rational temper.

The schools should reopen urgently. The only discussion should be on what each stakeholder can and should do to facilitate and accelerate the process. Article 51A(k) of the Indian Constitution says that parents are also responsible for the education of children. To fulfilling this responsibility, it is time parents actively demand from the governments to open the schools and take necessary steps to make schools safe for children. The school opening has to be a decentralised and locally owned process. Under Article 243, there is a provision for panchayati raj institutions (PRI) and decentralised governance and through the 73rd and 74th Amendments in the Constitution, PRI and urban local bodies have been empowered to take decisions. Under these provisions, local self-government should consider facilitating the school reopening.

The continuous closure of schools has deprived millions of children in India of their constitutional right to education, learning, equality, and nutrition. During the pandemic, the Supreme Court of India has taken regular suo moto cognizance of many Covid-19 related matters. However, responding to a PIL -- a few days ago -- the court refused to intervene with a state government’s decisions to reopen (or not) schools.

Considering the critical role of in-person learning and the linked rights of children, the question arises: what avenues are left for the children to get redressal against the slow and arguably unscientific decision-making by those who are involved in policymaking?

Dr Chandrakant Lahariya, a physician-epidemiologist, is a public policy and health systems specialist. Virag Gupta is a practising advocate in the Supreme Court of India.