Opinion   Columnists  25 Sep 2021  Manish Tewari | Why the US capitulated to Taliban in Afghanistan
Opinion, Columnists

Why did the United States after investing humungous amounts of blood and treasure in Afghanistan cut and run in this manner? 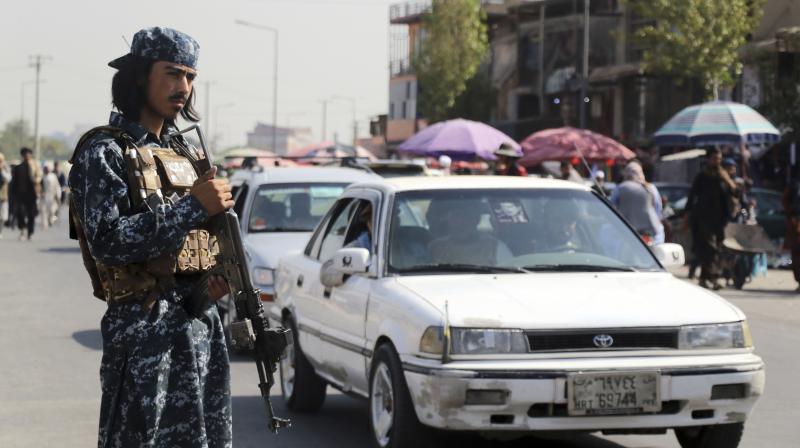 The total cost of war over the span of 20 years has been 2.3 trillion US dollars. (Photo: AP)

September 11, 2021, marked the twentieth anniversary of 9/11. This ominous hour struck 26 days after the ignominious exit of the US from Kabul on August 15.

Why did the United States after investing humungous amounts of blood and treasure in Afghanistan cut and run in this manner? Before answering that question it may be worth cataloguing the cost of the alleged “war on terror” that ultimately ended up in putting back in the saddle the same Taliban that the US and its allies set out to destroy in 2001.

The total cost of war over the span of 20 years has been 2.3 trillion US dollars. A substantive part of the money spent in Afghanistan was on counter-insurgency operations, servicing the requirements of armed forces personnel, be it nutrition, apparel, curative care and other extraordinary perquisites. Over 50 per cent of the monies — $131.3 billion — was expended on raising the Afghan National Security Forces (ANSF).

Unfortunately, when the push came to a shove, they melted like butter on sizzling stove. The Afghan President, Ashraf Ghani, was the only one to beat them to the finish line. He fled Kabul before to their final capitulation. He allegedly vamoosed with 167 million USD packed in four cars. A claim that he subsequently strongly repudiated from his residence in exile in the United Arab Emirates (UAE)
Additionally, the United Kingdom and Germany — with the largest force numbers in Afghanistan after the US — spent a staggering $30bn and $19bn individually over the course of their tryst with Afghanistan.

In a report to the US Congress in October 2020, the ombudsman accountable for the oversight of reconstruction activities in Afghanistan stated that close to $19 billion had been both misappropriated and siphoned off in the decade between 2009 and 2019. It lined the pockets of both the US contractors and the Afghan elite.

The human cost of war was also devastating. While coalition forces lost 3,500 men and women in uniform, the US alone accounted 2,300 of these dead. The United Kingdom lost 450 armed forces personnel. A total of 20,660 US soldiers were wounded in action. President Ashraf Ghani claimed in 2019 that over 45,000 members of the Afghan security forces had been killed since 2014.

A US university research paper in 2019 concluded that ANSF casualties were in the range of 64,100 dead since 2001. However, the worst sufferers were the people of Afghanistan. The United Nations Assistance Mission in Afghanistan (UNAMA) estimated that since 2009 over 1,11,000 civilians were killed since it commenced cataloguing casualties.

Coming back to the original question, why did it all end in this manner? The major reason is the United States’ rather obtuse attempt to reorder the frozen geography of the Middle East and the larger Maghreb region. Hosni Mubarak in Egypt, Saddam Hussein in Iraq, Mu’ammar Al-Qadhdhāfī in Libya, Hafez Al Assad and his son Bashar-al-Assad were not paragons of virtue. However, they kept the peace in the realm. Most of these states were committed to Baathism — a Pan-Arab nationalist ideology. In fact, they were far more progressive than the obscurantist Gulf monarchies that are the US’s traditional client states in the Gulf and the Middle East.

The Gulf monarchies were always petrified of the seductive appeal of the Baathist credo. The US-protected Israel, of course, had a mutually antagonistic relationship with all the Islamic states — sans the nature of the regime. The Gulf monarchies and other US allies in the region egged the United States to fundamentally reorder the Middle East.

The intellectual construct for that rearrangement was provided by a neo-conservative thinktank called the Project for a New American Century founded in 1997 by a bunch of former Republican officials who were sitting out the Bill Clinton presidency. The leaders of this clique were Dick Cheney, Donald Rumsfeld and Paul Wolfowitz.

In a series of open missives in 1998 to President Clinton and the Republican leadership in both houses of the US Congress, this cabal advocated “the removal of Saddam Hussein’s regime from power”. They argued for transiting towards a more muscular US policy qua the Middle East, involving the use of force to topple Saddam Hussein.

Of the 18 people who signed these memos, 10 of them subsequently served in the administration of President Bush. They, inter alia, included the then defence secretary, Donald Rumsfeld, his deputy Paul Wolfowitz, and deputy secretary of state Richard Armitage. Other “eminences” were John Bolton, undersecretary of state for disarmament who later served as Donald Trump’s national security advisor, and Zalmay Khalilzad, then White House liaison to the Iraqi Opposition and later the US pointsperson for negotiations with the Taliban.

In a report published on the cusp of the 2000 US presidential elections that narrowly propelled Mr Bush to power, this influential assemblage prophesied that the shift in US foreign policy would come about slowly, unless there were “some catastrophic and catalyzing event, like a new Pearl Harbour”.

Then 9/11 happened. The very next morning — before it could even be conclusively established who was responsible for that atrocity — Donald Rumsfeld averred at a Cabinet meeting that Saddam Hussein and Iraq should be “a principal target of the first round of terrorism”. What commenced as a philosophy in 1997 became authoritative US foreign policy post September 11, 2001.

Afghanistan was always a sideshow. It was always about realignment of the post Ottoman Empire geography in the greater Middle East. However, what the US did not realise was that their foolish quest through overt military action, covert support to insurgent groups and social media warfare unleashed such tectonic and Frankenstein forces beginning with Iraq, Libya, Egypt, Tunisia, Yemen and the rest that its inadvertent beneficiary became its sworn rival, the Islamic Republic of Iran. A nation it has been trying to bring to its knees since 1979. It led to emergence of myriad militias and terrorist outfits in the Middle East. Most portentously it saw the rise of the Shia Crescent encompassing Lebanon, Syria, Bahrain, Iraq, Iran, Azerbaijan, Yemen, and western Afghanistan. An enemy more dangerous than even the Taliban.

A war-weary, bankrupt United States with no stomach for a protracted century long war fell back upon the default option — play the Sunni against the Shia and watch from the sidelines. Hence the Doha Accords and surrender of Afghanistan to the Taliban. However, when you sow the wind you reap the whirlwind.