Gun curbs do work, even if not absolutely; streets safer

The government rapidly put in place anti-firearm measures, and the fact is that overall gun violence is calculated as having fallen by 50 per cent. 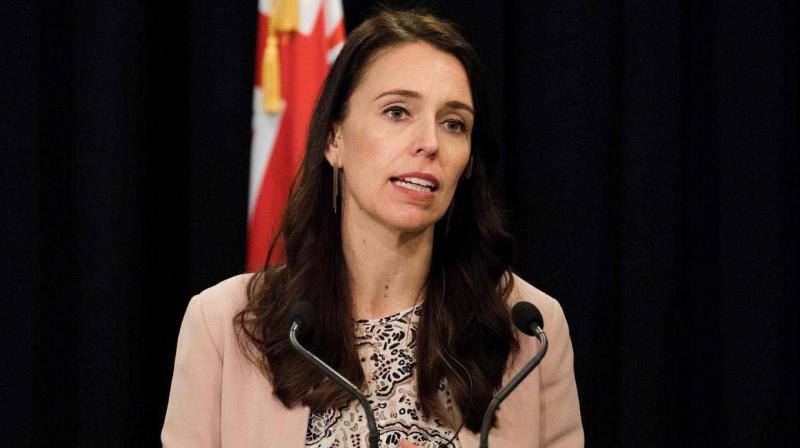 In the wake of the shootings in the New Zealand mosques recently, there has been a period of mourning across the world.

Demonstrations against racism, and the laying of wreaths for the departed have occurred in several cities, notably in European ones, where white supremacy and the rise of the right wing (the latter, in the subcontinent too) are becoming an increasing problem.

New Zealand Prime Minister Jacinda Ardern’s response to the tragedy has been welcomed pretty much across the board by Muslims, a community that has indeed long faced racism, religion-related prejudice, and been at the wrong end of “fear and loathing of the other” in many countries.

One of Ms Ardern’s significant responses included not referring to the perpetrator of the crimes as a sort of “lone wolf” — a term that has by now for years been used to describe racist or even random killings, while another beleaguered, often conservative community tends to be labelled as “terrorist”.

All of this is admirable, with the show of support being welcomed.

Beyond the glare of the cameras, though, and much more important in the long term, Ms Ardern last Thursday announced sweeping changes in its gun laws, effective immediately.

Earlier, the law there allowed the ownership of assault rifles and military-style semi-automatics such as an AK-47 — otherwise known as a Kalashnikov and very familiar in our beleaguered land, much to its citizens’ grief. (Automatics are banned in most countries, except for the use of militaries or law-enforcement bodies. They are also banned, though to a limited extent, in the US where the National Rifle Association continues to insist on the “right” to carry arms and reportedly, has the influence and funds to even swing presidential elections).

Already, calls have been made in New Zealand for gun owners to voluntarily turn in their weapons — and many have done so (a gun-buyback scheme is also in the works). Those followed in the media have stated, to paraphrase generally, that while they owned weapons for protection and use on farms, etc, it was not worth the sort of tragedy that occurred recently.

Such an outpouring of empathy is encouraging, but there is also a lesson to be learned here. Gun control works, and while not absolutely, certainly to a great extent.

Consider the case of Australia, where in April 1996, in Port Arthur, Tasmania, a gunman opened fire on tourists, killing 35 people and wounding 23 more. The government rapidly put in place anti-firearm measures, and the fact is that overall gun violence is calculated as having fallen by 50 per cent.

(Though the availability of illegal and unlicensed weapons cannot be exactly quantified; to clamp down on that is a much huger exercise involving attempts to shut down the arms industries of several countries in the West and elsewhere.)

In 2017, after Stephen Paddock in Las Vegas perpetrated a massacre from a hotel room on a concert crowd 32 floors below him using bump-stocked rifles (that make a semi-automatic perform as a fully automatic weapon and fire anywhere between 500 and 800, or upwards, rounds a minute), the Guardian compiled a World Firearms Murder and Ownership spreadsheet.

For much longer, the United Nations Office on Drugs and Crime (UNODC) has periodically compiled estimates of the number of guns in citizens’ hands in many countries, as does the Small Arms Survey.

According to the research put together by the Guardian, the US has the highest gun ownership in the world with an average of 88 weapons per 100 people.

Other stats found there are also fascinating, but for purposes here, Pakistan has about 11 firearms in civilian hands per 100 people. That rate, going by figures that are from time to time released by the police and published in the newspapers, has only gone up.

Eleven or a bit more per 100 may not sound like much — but it’s an arresting figure, actually.

The rate of petty street crime in this country, and particularly in Karachi, is high, whether it is being robbed at gunpoint of one’s wallet and valuables in full daylight, with absolute impunity, or (as in one case I know of) even the doughnuts the kids were privileged enough to be eating.

What’s worse, in terms of firearms, the figures compiled by the police or UNODC cannot account for all illegal and unregistered arms that the city — and some other parts of the country — are awash with, likely taking the figure much higher.

According to individuals I’ve met in the police and the Citizens’ Police Liaison Committee, much of the street crime that occurs in Karachi is because the firearms are already at hand, and can be for such modest motives such as dinner to buy.

It is really time that the proliferation of arms was sensibly clamped down upon. Till then, our streets will never be safe, even for a relative value.