Dilli ka Babu: Will Air India get a new CMD?

Rajiv Bansal has been elevated to secretary level at the Centre 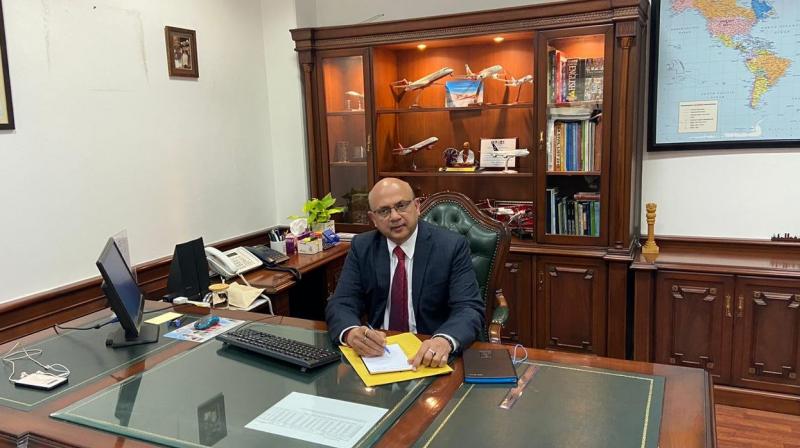 The Appointments Committee of the Cabinet recently approved the empanelment of 28 IAS officers for holding secretary-level posts at the Centre. Among them is Rajiv Bansal, chairman and managing director of the ailing public carrier Air India, which is still looking for a buyer.

Bansal is in his second stint as CMD of the airline, having taken over the reins from Ashwani Lohani in February. However, after his empanelment for a secretary-level post, there is some buzz about Bansal's future at Air India. The post of Air India CMD is an additional secretary-level position, whereas Bansal is now elevated to secretary level. Does this mean the airline will soon have a new CMD?

The question is of some import given that the government is keen to sell off Air India, a move that has been delayed due to the COVID-19 virus. Its earlier attempts to sell had failed, but now by offering 100 per cent stake, the government is hoping to succeed.

Just last month Maharashtra's chief secretary Ajoy Mehta was given a second extension of three months as a special case considering the grave public health emergency due to the Covid-19 outbreak. Mehta has been spearheading the state government's fight against the pandemic.

However, it seems that not everyone is happy with Mehta continuing in his post, even for three months. Some leaders of the Congress, which is an alliance partner of the ruling Shiv Sena, have expressed displeasure over Mehta's alleged "style of functioning". They have complained about Mehta's proposal to provide cooked food in shelter camps instead of dry rations. However, a large section of the state bureaucracy has thrown its weight behind their chief secretary, saying that Mehta cannot reverse the decision taken by the state Cabinet.

Sources say that Mehta had brought the guidelines of the central government to the notice of the Cabinet and acted by the Cabinet's decision. It is being pointed out that providing dry rations in the shelter camps could lead to possible pilferage and corruption, and that chief minister Uddhav Thackeray had backed Mehta's view.

In an exceptional, though widely expected decision, the Modi sarkar has extended the central deputation of all officers of the rank of deputy secretary to joint secretary, who are on central deputation and were due to complete their term this month-end. Their term has now been extended until June 30. The decision was taken by the Appointments Committee of the Cabinet (ACC) which is headed by the prime minister.

According to sources, the Department of Personnel and Training (DoPT) has stated that the decision will not apply to those officials who are completing their tenure or extended tenure on superannuation.