Opinion   Columnists  26 May 2020  A wish list from Varanasi’s craftsmen and artistes
Opinion, Columnists

Gaurav Kapoor
Gaurav Kapoor is a secretary, research department, All India Congress Committee, and a long-term resident of Varanasi. 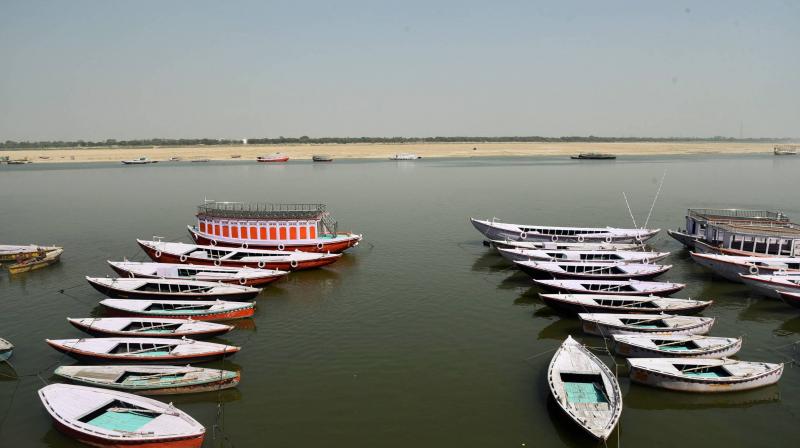 Boats anchored on the shores of the Ganga in Varanasi. The pilgrimage town has witnessed dwindling of tourism in the past two months due to the coronavirus pandemic. (PTI)

Prime minister Narendra Modi, who is also the MP Parliament from Varanasi, announced the long-awaited economic relief package last week, although the expectations of people from his own constituency seem to have been shattered. The people of Varanasi are concerned about how the government is going to support the local industries and cater to their requirements.

Varanasi has a chain of MSMEs, that makes the city stand out and attract people from all over the world. While the PM made suggestions about going local and supporting small businesses, his relief package does not pay any special attention to the thousands of families dependent on the local industries like the brass workers, craftsmen making wooden toys, Pink Meenakaari artisans, the stone craft workers of Ramnagar, Zari/Zardozi workers or the women who have been doing hand embroidery for years in the city. The boatmen of Kashi should be given an allowance of Rs 10,000 per month for upcoming six months as their occupation totally depends on tourism, and the current situation has made it difficult for them to survive. It is to remember that the PM expressed sympathy towards the boatmen during his election speech.

Identifying the actual needs of the city, there is a need for special attention towards the state of the artists and artisans, who act as the backbone in the economy of eastern Uttar Pradesh. It is highly essential to provide remedies and accommodate the needs of such people with special care in the MSME package.

Every artisan should be connected with a digital shop set up by the government, facilitating a platform to create a marketplace for products of the artisan, with competitive market price. The products shall be linked with the existing institutions like NIFT and NID to provide design upgrades with the help of e-Pathshalas. The government should be responsible to take care of the work sites, upkeep the listings, photography of products, and maintenance of the website. It will act as a great boost for the workers involved in the handicrafts industry from the eastern UP region, especially Varanasi.

The age-old musical tradition of the Banaras Gharana has always been a huge attraction to the classical artistes. It can be created into a wonderful opportunity to encourage the young talents to come forward and seek guidance under the leadership of senior artistes, who can provide a platform to nurture and showcase the talent in the music industry. The hub of these artistes and musicians is located near the Kabir Math and Ramapura area. Government should bring forward All India Radio and Doordarshan to record these artists perform and pay them an honorarium to support themselves. It will not only become a matter of interest across the country but will open up avenues of international opportunities for the community.

While these may seem small numbers for the central government, this form of direct intervention will ensure that our art and craft forms are given the correct impetus while ensuring that the economy of the city is nurtured during these pandemic times.

Gaurav Kapoor is a first generation politician in the Congress party based out of Varanasi. He is currently a secretary in the research department for AICC looking after Uttar Pradesh.