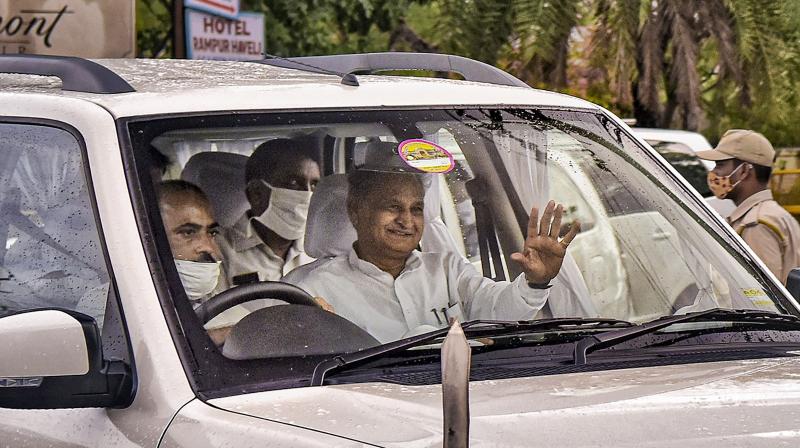 “Nikamma kaun?” The Congress party is witnessing huge disquiet within. In-house legal eagles are engaged in a full-fledged blame game over the Rajasthan fiasco.

On both counts the Congress failed to drive home a win. Rather it inadvertently bestowed on Sachin Pilot the perception of being in the right. Vivek Tankha is another disgruntled soul in the Congress parivar, finding faults with both Sibal and Singhvi.

Randeep Singh Surjewala is Rahul Gandhi’s point man for Rajasthan, a lawyer by profession but a man of little consequence. Party insiders blame Randeep’s skewed knowledge of constitutional law for the mess.

Three have come out and two more are to come. Rahul Gandhi is posing a challenge of sorts to TV news anchors, YouTubers and others of the tribe. He has reportedly prepared five videos on the Sino-Indian issue where the target is Prime Minister Narendra Modi.

Assisting him is Nikhil Alva, son of former Union minister Margaret Alva. Alva junior and Rahul get along well. At one point, Nikhil was also handling Rahul’s social media and Twitter account.

But not everyone in the Congress is happy with Rahul’s penchant for videos. In the world of communication, they point out, Rahul should give due weightage to the real beneficiaries of his no-holds-barred attack on Modi’s handling of China.

In Madhya Pradesh, the Congress has been losing party MLAs at regular intervals. After Jyotiraditya Scindia’s rebellion in which the grand old party lost 22 MLAs and then the Kamal Nath regime, three more Congress MLAs have joined the BJP.

However, this time around, supporters and camp followers of Jyotiraditya Scindia are getting a tad worried. Apparently, BJP chief minister Shivraj Singh Chouhan is slowly working on a strategy to reduce his government’s dependence upon the “maharaja of Gwalior”.

If a few more Congress MLAs join the BJP, Chouhan would be able to run his government without the support of the Scindia camp.

Nothing seems to be going right for the media these days. After the Covid-19 impact on sales, distribution, salaries and jobs for journalists, key organisational bodies are set to witness a split.

At a meeting of a Union minister, a loud TV anchor known for his obnoxious behaviour was heard contemplating formation of a ‘Nationalist Editors Guild’ as opposed to the existing inclusive Editors Guild seeped in an ethical and idealistic world of journalism.

A group of 20 ‘nationalist’ editors, including some established private TV faces known to hold the Congress and Opposition responsible for all 2014-2020 ills, are said be keen to be part of new editors’ body. The Narendra Modi government is likely to accord them credence and legitimacy.

Faced with PM Narendra Modi’s bid to usurp the late P.V. Narasimha Rao’s legacy, the Congress woke up in a rather unconventional manner. The party’s managers launched a fulsome ‘praise Rao’ campaign to mark an anniversary of Rao’s first budget of July 1991 when Dr Manmohan Singh was introduced as Union finance minister.

What is intriguing is the mention of Dr Subramanian Swamy in Manmohan’s tweet recalling how maverick Swamy, a Sonia baiter and now in the BJP, was accorded a cabinet rank by Rao.