Opinion   Columnists  26 Jul 2021  Aakar Patel | The middle class is not growing… What does future hold for India?
Opinion, Columnists

Aakar Patel | The middle class is not growing… What does future hold for India? 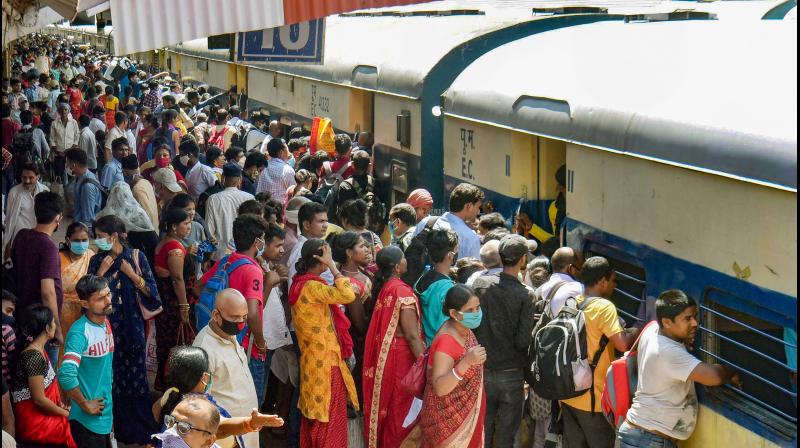 Till a few weeks ago, the issue dominating the media in India and for a few days even across the world was India’s management of the Covid-19 pandemic. Vaccines are still in short supply, as we are hearing daily from several chief ministers, but for now the story is on the backburner. Another one has moved to the front of the list and that is the Pegasus snooping issue — the Israeli software the government had purchased to spy on journalists, politicians, sexual harassment victims and their relatives and even officers of the Central Bureau of Investigation. Why did it do so? We do not know and will never be told. India is democratic but it is also opaque. The government is run like a kingdom and the elected leader does not need to respond to questions or hold press conferences. The media that report the truth is liable to be raided.

This column is, however, not about the current story but one that has been on the backburner for the entire period of the Narendra Modi era. It is about where we stand and what our future will be. Like on Pegasus, like Covid-19, there have been no answers from the government about the real situation regarding the economy and why India’s future is where it is today. But the facts cannot be hidden for long. Here they are and ask yourself at the end of it where you think India is today, and where it is being taken.

Spending on food by the poorest Indians had declined even before the pandemic. The consumer expenditure of Indians was lower in 2017-18 than in 2011-12. The data on this came from the government but was not released. Joblessness rose consistently under Prime Minister Modi. The total number of Indians with work shrank under Mr Modi from 44 crores in 2013 to 41 crores in 2016 to 40 crores in 2017 then to 38 crores in 2021, though the workforce grew from 79 crores to 106 crores. Consequently, the Indian middle class stopped growing under Mr Modi. Residential sales in eight major cities (Ahmedabad, Bengaluru, Chennai, New Delhi, Hyderabad, Kolkata, Mumbai and Pune) remained stagnant from 3.3 lakh units in 2012 to 3.2 lakh units in 2019. In 2020 they fell to 1.5 lakh units.

We do not know and the government has no interest in either acknowledging that this is the state of affairs, or about responding to what it is going to do about it. It will deflect the current scandal and hope that it will ebb soon, just like the previous scandal ebbed. Life will carry on. Sab changa si.