The average tariff rate for WTO member countries was down to nine per cent in 2013. 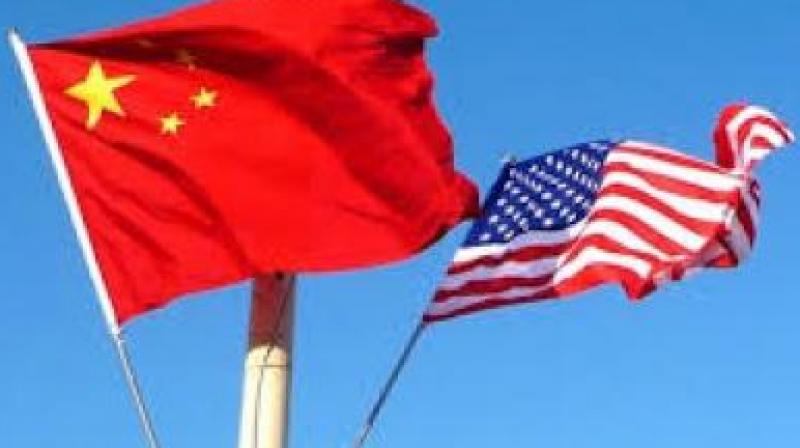 China, throttled by export barriers to the US, might diversify the structure of its exports, using overseas production and export units in countries with trade ties to the US. India could be one such location.

America’s President Donald Trump is nearly halfway through his four-year term. This is when most occupants of the White House get edgy about their “legacy” — how would America remember them? His goals are clear. First, get a peace deal from North Korea — the last of the present-day dragons to be slayed — leading to a possible Nobel Prize! After all, President Obama got his rather easily.

Second, enshrine himself as the “Marlboro Man” who brought China to heel. It was after all a fellow Republican, President Richard Nixon, who broke the deep freeze with China in 1972 with his visit, the “week which changed the world”. That relationship has grown to mutual benefit over the past 46 years. But every prima donna finds it hard to be upstaged by a young pretender. China accounts for 15 per cent (India is just three per cent) of world GDP versus 24 per cent for the United States. But China grows at more than double the rate of the US. By 2032, China’s GDP will be bigger than that of the US.

Bafflingly, China has gone out of its way to be disliked. The country remains opaque and its commitment to long-nurtured international norms like the rule of law remains iffy. Admittedly, most such norms benefit the entrenched and work against outsiders, like China.

Sadly, such is the anti-Chinese sentiment stoked by China’s bulldozing ways — very reminiscent of the Ugly American, a 1958 political novel — that in Southeast Asia, India and other developing countries, while most people admire China’s successes, they would be secretly delighted to see China whipped.

The US has chosen to impose sanctions on China by crippling its trade via high tariffs (25 per cent) on imports from China levied on a progressively wider basket of products. From $36 billion of imports in March 2018, the base was enlarged to $50 billion in August and by end-September it will further increase to $250 billion (equal to 60 per cent of Chinese exports to the US) and so on, till the Chinese cave in and start seeking an end to the trade war.

The US accounts for around 18 per cent of China’s exports — big enough to use withdrawal of free access as a threat. China could try and find alternative markets. But it will take time. Depreciating its currency could reduce the impact of the tariffs on its exporters. But that will play into the hands of the US, which it assails for being currency manipulators.

China has chosen instead to play on the front foot. It has retaliated by selecting $60 billion of imports from the US for similar tariffs. It is resolute in continuing to impose symmetric counter tariffs on US imports. But total imports from the US are only around $155 billion, versus exports of S432 billion to the US, so China’s room for imposing counter tariffs is limited.

China has a much more potent weapon. It can stop buying and start selling the $1.2 trillion of US Treasury bonds. It owns 15 per cent of the total issued by the US. This will drive down the demand for US government debt and increase US interest rates because debt products are priced using US Treasuries as a base.

Over time, world trade will readjust. But in the meantime, world trade will suffer at least a five per cent drop against the seven per cent growth per year it has enjoyed since 1980. Incidentally, the bulk of the incremental benefits, particularly in merchandise trade, have gone to developing countries which now have a share of 42 per cent in world trade — double their share in 2000.

Ironically, it is the US which will suffer over time. Global supply chains snake out from the US and one half its imports constitute intermediate goods which go to build US products. International credibility in honouring commercial contracts and settling disputes quickly makes it the go-to destination for capital-seeking safe havens. It has lived off its credibility for the past 43 years! The last time it ran a trade surplus was in 1975.

Despite many factories falling silent since then, the US economy has not suffered. Its open markets and investment-friendly institutions have sucked in foreign investment, creating jobs and generating economic growth. If you cut off this capital tap or make it more expensive to invest in the US, its economy will be on its knees in less than a decade.

China has the advantage that its executive decision-making is insulated from democratic noise. In the past, as during the Cultural Revolution, this resulted in horrible errors and mistakes. But President Xi Jinping’s vision of “capitalism with Chinese characteristics” is pragmatic. Trade tantrums can distract the leadership into fire-fighting. So, if the troubles persist, expect China to tone down its aloof and abrasive behaviour and seek friends abroad by playing a more sophisticated game than just stuffing open mouths with money.

Also, importantly for India, an entry point could emerge for de-escalating our border tensions with China and reset the comprehensive relationship towards more positive, collaborative ends. China, throttled by export barriers to the US, might diversify the structure of its exports, using overseas production and export units in countries with trade ties to the US. India could be one such location.

We constitute just three per cent of world trade. Our exports are limited not by overseas demand but by our own low export competitiveness. Our main task is to make our economy really competitive. Even to benefit from transactional trading opportunities thrown up by external shocks, that back-end support needs to be in place. The Chinese are pragmatic strategists. If President Trump needs a “win” desperately they will give him one in time — pyrrhic though such a victory might be.