Why didn’t Pakistan take advantage of the Sino-Indian stand-off? 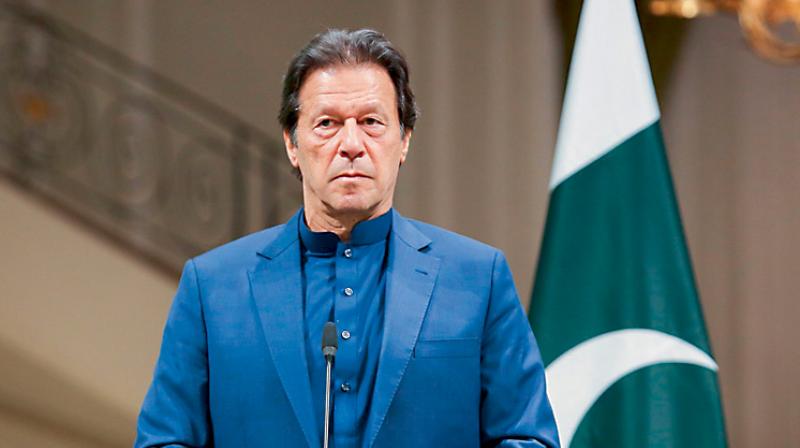 One plausible reason could be that China itself has told Pakistan to hold off. (Photo: AFP)

With the disengagement process between the People’s Liberation Army (PLA) and the Indian army on the north and south banks of Pangong Lake winding down and the rest of the disentanglement stalled because of alleged Chinese unwillingness to take the process any further, the time has come to ask a fundamental question, why didn’t Pakistan take advantage of the Sino-Indian stand-off? After all, the relationship between the Pakistani military brass and the PLA leadership is as historical as is the relationship between the Pakistani defence establishment and the US Pentagon.

Pakistan has very successfully finessed these two relationships. While, on one hand, it became a member of the US anchored and backed SEATO (South East Asia Treaty Organisation) and CENTO (Central Treaty Organisation) way back in 1954 and 1955, respectively, on the other hand, it sealed its relationship with China by ceding the Shaksgam valley to it in 1963 in terms of the Sino-Pak boundary agreement.

Lest it be forgotten, it is Pakistan, and specifically General Yahya Khan, who facilitated Henry Kissinger’s visit to China in July 1971 Interestingly, the US U-2 spy flights over the Soviet Union were based out of Badaber in the erstwhile NWFP (North West Frontier Province) of Pakistan. This was at a point in time when the Soviet Union and China were still allies till the Sino-Soviet split of 1960 that really exacerbated during the middle of that decade.

Over the years, the Pakistani-Chinese relationship has deepened politically, economically and, of course, in strategic terms. As the bond with the US soured, its dependence on China only increased further. The China Pakistan Economic corridor (CPEC) that traverses the length of Pakistan has become the proverbial umbilical cord that ties Pakistan inextricably to China now.

About 15 per cent of its foreign debt amounting to over USD $17.1 billion (6.15 per cent of the total GDP) is owed to China. It would not be very far in the future that Pakistan goes the Sri Lanka way with Gwadar becoming another Hambantota.

Pakistan has been waging a proxy war against India now for over four decades. It went ballistic when the NDA/BJP government decided to change the administrative architecture of Jammu & Kashmir in the August of 2019. However, it has been strangely quiet since the Sino-Indian standoff commenced in April 2020.

There is no credible explanation for this behaviour despite various theories being propounded. One hypothesis holds that it is primarily because of Western pressure that Pakistan held its hand. This does not seem to be correct for the West’s influence has been on the wane despite Pakistan’s reluctant or even forced acquiescence to become a cat’s paw once again in the West’s move against the Taliban regime in Afghanistan since 2001.

However, the neutralisation of Osama bin Laden nine years later in Abbotabad only served to underscore the elastic imperatives of Pakistan’s Afghan strategy. The fact that the Pakistanis were instrumental in facilitating the Doha engagement between the US administration and the Taliban makes it self-evident that it never ever gave up on its erstwhile progeny the Talibs. Rather than the West having leverage on Pakistan the shoe seems to be on the other foot.

Another theory that has been bandied about is that the surgical strikes of 2016 and the Balakot-Jabba Top Air strikes of 2019 have had a salutary impact on Pakistan. However, the fact remains that Pakistan barely acknowledged the strikes and non-partisan analysts also did not find it to be of any serious deterrent value beyond optics for domestic consumption.

One plausible reason could be that China itself has told Pakistan to hold off. Pakistan’s involvement would have made the situation unstable and complicated. It would not have allowed China to calibrate the situation in line with its larger geostrategic designs. For no one in the Indian strategic community has been able to answer the question with any degree of conviction as to why China transgressed into Indian territory and that too during Covid-19 times.

As I had argued even in my last piece in these columns that the triple inflection points that China created by declaring administrative districts in the South China Sea, moving on the political sovereignty of Hong Kong and raising temperatures on the Sino-Indian border in Eastern Ladakh, was to send out a broader message. The missive being that if the world beat down too hard on China for being the irresponsible proliferator of the coronavirus China would then play hardball across the board.

It would be instructive to note that the transgressions into Indian territory happened exactly a month before India took over as the current chair of the World Health Organisation (WHO). All these things are, of course, settled much in advance and known to the stakeholders.

The intrusion, therefore, was never about capturing and holding frozen rocks in a windswept countryside; the intent was something else. Two days after China got a clean chit from the WHO that it wasn’t the “deliberate” spreader of the Covid-19 virus the disengagement deal was set in motion. If Pakistan would have been another joker in this pack the dynamic could then have become volatile and the situation may have escalated beyond even China’s control.

There could also be another reason. Pakistan has learnt much to its own peril that no purpose is served by becoming someone else’s “agent provocateur”. It comes at a cost. It became the frontline ally of the US and the West in the Afghan Jihad of the 1980’s and it is still bearing the brunt of that adventurism. That is why from 2001 till now it chose to hedge its bets in Afghanistan. It ran with the hare and hunted with the hound simultaneously for that it is where it thought its national interest lay.

Similarly, the China-Pakistan relationship is fraught with heavy tensions today if not stretched to a breaking point. For, Pakistan is cognisant of the fact that its economic dependence will come at cost of its political sovereignty qua China. It perhaps wants to hedge its bets vis-a-vis China by seeking a new normal with India. In any case Pakistan’s behaviour during the preceding nine months should merit a rigorous examination by the Indian strategic community rather than being dismissed at the altar of some jingoistic brouhaha.

The ceasefire agreement between India and Pakistan announced on Thursday, the 25th of February 2021, after a meeting or a conversation between the respective DGMOs further reinforces the above hypothesis. For India, this is also a welcome step. With a battered economy, it is hardly the time to engage in a two-front brinkmanship.