To dismantle global terror, Muslim states must do more

Islamophobia represents prejudice and hate against Muslims in Western and Hindu, Buddhist and Jewish societies. 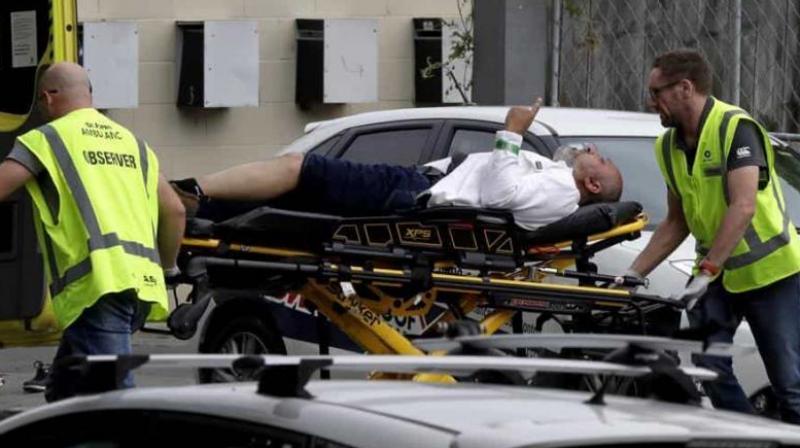 The Christchurch tragedy represents the union of two extremist tendencies - white supremacy and Islamophobia. White supremacy says that whites are superior to other races and hence must dominate them. It targets Muslims, but also blacks, Hispanics, Asians and Jews. Islamophobia represents prejudice and hate against Muslims in Western and Hindu, Buddhist and Jewish societies.

Both are old views. White supremacy was the official view in the West for centuries and spawned great evils like colonialism, slavery, genocide and Nazism. It was gradually displaced to the fringes over the last century. But only the overt use of force against other races has declined. Non-violent racial dominance via socioeconomic policies continues, eg in the US under conservatives. So there is class-based economic exploitation at work via the unfair division of profits between capital and labour.

Then there is social discrimination at and beyond work against weaker races and ethnicities of all classes. The two combine to privilege rich whites.

The forms of social prejudice vary across the conservative spectrum. Moderate conservatives practise it via quiet socioeconomic policies that mainly harm minorities. Severe conservatives use openly racist rhetoric that demonises and marginalises minorities. Finally, fringe ones still engage in violence against minorities, which has now become passé among other conservatives.

So the aim across the spectrum evolves from keeping minorities marginalised, to openly humiliating and keeping them out, to physically eliminating them. Moderate and severe conservatives usually congregate, but keep fringe ones at arm's length. Still, the racist rhetoric of severe conservatives feeds the fury and terrorism of fringe ones, who obtain ideological sustenance from mainstream conservatism. But the sheer global hegemony of whites via less overt and violent tools and greater policing powers keep white supremacist terrorism small in the West.

The targets of white supremacy have evolved over time - natives, blacks, Jews, Asians, Hispanics, and now Muslims, as white supremacy intersects with Islamophobia. Western Islamophobia has a history stretching back to early Muslim conquests. More recently, it has been reignited by the Iranian revolution, Muslim extremism and growing Muslim migration to the West.

These trends have reignited latent Islamophobic terrorism among some groups in other societies too - Hindu, Jewish and now even Buddhist-majority ones. As in the West, the aim is limited to keeping a weak group subjugated, though the intensity and tools vary: from isolated attacks in India and Sri Lanka, occupation in Israel, to ethnic cleansing in Myanmar.

But the most potent form of terrorism still emerges from some Muslim groups; it differs from other forms in key ways. Firstly, the aims are more diverse. As in the states mentioned, in some Muslim states too, it is wreaked by dominant groups aiming to keeping weak groups subjugated. But militancy is also employed to pursue freedom, overthrow secular regimes, end Western dominance, and establish a global 'caliphate'. Related to this is the organisational diversity, ranging from lone operators and small groups in the West to well-trained insurgent groups and even armies in other places.

Fourthly, it is the only one which has managed to conquer and hold territories. Also, the links of some militant groups with certain Muslim countries are much stronger and overt, with only Myanmar being ahead of them. Finally, the bulk of their violence is visited upon people of their own faith.

But unlike other forms of militancy, which are all currently expanding, it is in decline as seen in the clean-up in Pakistan and the Levant. Even so, it beats others in potency. It is unlikely that other forms will come close to it in potency. This is important to realise, for there is much injured indignation being expressed after the New Zealand attack to the effect that it shows that militancy is not only a Muslim problem.

That certainly is true and there is much that non-Muslim states must do to curb their own terrorist groups. However, there is a widespread need to do much more in Muslim states like Pakistan. Here too, overall societal biases against other faiths have fed local terrorism while misplaced state policies spawned regional ones. Is the state willing to eliminate both? Until the state does so, the recent gains against terrorism may just be temporary.