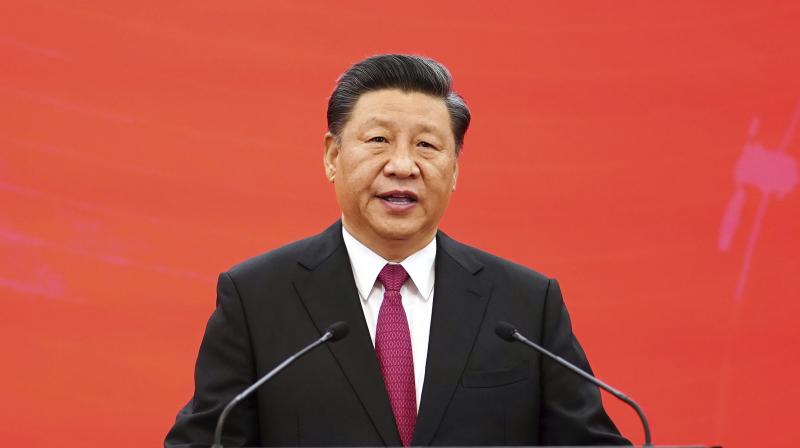 Chinese foreign minister Wang Yi’s visit to New Delhi last week was not officially confirmed till the last minute. It was the first high-level visit after the Ladakh military standoff between the two nations that began on May 5, 2020 in the Galwan Valley. There have been 15 rounds of bilateral military-level talks so far, but after some withdrawals and de-escalation measures in the Pangong Tso area, the Chinese have been trying to avoid any restoration of the status quo ante.

Chinese President Xi Jinping has just six months left for the Communist Party’s quinquennial national conference, when a decision on a possible third term for him is expected. This would break the two-term precedent mandated by Deng Xiaoping to avoid a Mao Zedong-like personality cult building. But multiple events are complicating the scenario for President Xi. His February 4 summit, on the eve of the Beijing Winter Olympics, with Russian President Vladimir Putin declared “no limits” to the Sino-Russian partnership. Barely two weeks later came the Russian attack on Ukraine, which was expected to obtain a quick victory and change of regime in Kyiv, but has actually led to multi-front and a humanitarian mess. The unprecedented and comprehensive trade and financial sanctions imposed on Russia by the Group of Seven advanced nations and the European Union are beginning to affect global trade and escalate energy and food prices.

China also faces a serious Covid-19 outbreak in many areas, triggered by the Omicron variant. Low levels of vaccination, especially amongst the older population, as well as the less effective Chinese vaccines have combined to create a nightmare situation in Hong Kong and other places. This is leading to lockdowns and the disruption of supply chains, already strained by the Russia-targeting sanctions. President Xi Jinping would not have liked these domestic and international complications to linger. Before the 2012 party meeting, when Mr Xi’s ascent to power began, the scandal affecting his rival Bo Xilai and the death of a senior Communist Party leader’s son in a sports car crash had caused a reshuffle of top echelons of the party. President Xi would not like the economic and health uncertainties to affect his dominance of the party.

India happens to be an external factor in that calculation. Therefore, speculation was intense over whether the Chinese emissary was on a peace mission as two important summits are scheduled later this year, for which the presence of India is crucial. These are the RIC, consisting of Russia, India and China, and Brics, a five-nation grouping, which in addition has Brazil and South Africa. Both are due to be hoisted in-person by China. Naturally, for Mr Xi, successful summits before the Communist Party meeting could create the impression of Chinese diplomatic success. They become even more important against the backdrop of the US-EU stand-off with Russia over Ukraine. While Brazil voted against Russia, both at the UN Security Council and the General Assembly, India abstained. South Africa also abstained at the UNGA.

Interestingly, while this time at the UNGA the voting went 141-5 against Russia, in 2014 after the Russian military annexation of Crimea, only 100 members had so voted.

Australian PM Scot Morrison, whose nation alongside India, Japan and the US constitutes the Quad, also had a virtual summit with Prime Minister Narendra Modi.

If the Chinese intention was to gauge if India was ready to normalise ties, then the visit was structured inauspiciously. Mr Wang Yi, who is also a state councillor, arrived via Islamabad and Kabul. In Pakistan, he aired pro-Pakistan views on Kashmir at the foreign ministers’ conference of Organisation of Islamic Conference (OIC). In Afghanistan, he engaged the globally-slighted Taliban regime as it regresses to its old behaviour. A cold reception in New Delhi was thus expected. South Block judged correctly that the China’s obduracy required a riposte as the China’s need for de-escalation was now greater than India’s.

In 2017, China had similarly shown flexibility to resolve the Doklam stand-off after the Brics meeting on the sidelines of the G-20 summit in Hamburg. Subsequently, not only China has dug deeper at positions near Doklam but showed no hesitation in widening the confrontation three years later in Ladakh.

The new escalatory cycle now can be broken. India’s neutrality over Ukraine addresses Chinese worry about Indian proximity to the United States, after the Quad meetings were raised to the summit level. But China’s tactical moves must not be mistaken for a strategic shift. India will continue to be seen as a potential rival.

Global Times, China’s English mouthpiece, writes that Mr Wang Yi told his Indian counterpart that “as mature and rational major developing countries, China and India should not let the border issue define or affect” the bilateral relationship. It adds that while the talks were wide-ranging, the Indian media focused “heavily on border clashes”. China wants India to accept the status quo at the border, including over the incursions across Line of Actual Control in Ladakh. External affairs minister S. Jaishankar rejected this categorically at his press briefing, asserting correctly that putting the border issue aside while normalising relations was invalid after Galwan. That was an argument India had accepted in 1988 during Rajiv Gandhi’s visit to Beijing. Since then, bilateral pacts created a mechanism for handling the border issue or even slowly resolving it, which China breached.

The public posturing and private parleys may vary. China wants an easy off-ramp by retaining the intruded areas. India wants status quo ante restored fully. It is possible the two may meet, as Global Times hints, somewhere halfway. China wants India to attend the Brics summit. India cannot do that while the Ukraine war persists.

However, China’s economic difficulties and threat of diminished access to international markets and technology make India a necessary partner. The coming months will show how much the Chinese are ready to relent. The diplomatic jockeying will continue as India uses its new leverage to bring Sino-Indian relations to even keel.