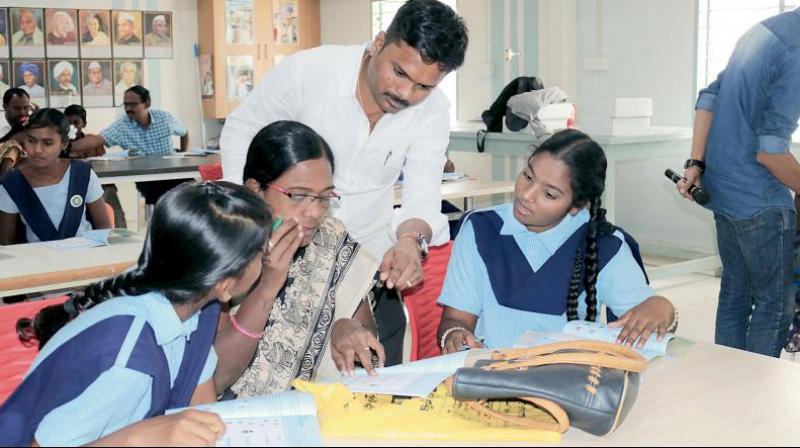 It is upsetting to learn from the latest data compiled by WIPO, the Geneva-based World Intellectual Property Organisation, that in 2019, companies like Samsung and Huawei filed more international patent applications each than the whole of India. India was responsible for less than one per cent of the total global applications for patents that year. It is also disturbing to know that unlike colleges and universities abroad, our higher educational institutions have no presence at all in this area. It has been inferred that not only do these figures indicate the sad state of innovative initiatives in India, they also confirm the low spending in research and development by our government. It is important to explore the reasons for this sad state of affairs.

There are many deep-rooted reasons for this intellectual famine that our country has been experiencing. Most people cite rote learning in schools, which steadily destroys imagination and creativity in young minds, as the main culprit. This article will deal with a single major reason -- that is the unconscious but constant reinforcement of plagiarism in our entire educational system.

First, the very concept and awareness of plagiarism is woefully absent in our school education. This year, when we announced in school that we would be tackling the issue of plagiarism, one of our senior students spoke up, saying: “No offence meant, but why is it we were not warned about this when we produced cut-and-paste projects and presentations in the lower classes?” She was spot on. Schools always looked out for factually correct and visually attractive presentations rather than original work. Unfortunately, our board examiners too reward students who produced attractive portfolios, the contents of which were gleaned from the Internet. Before the advent of the Information Age, the cut-and-paste jobs were carried out with the help of illustrated books and magazines, scissors and glue.

Forget about projects and presentations, even answers to questions and essays have been written with the help of readymade notes and guidebooks. Since these fetched enviably high scores, including in the board exams, they were in great demand, making it unnecessary for students to think for themselves and to do their own research or write their own notes. I remember an oft-repeated joke that you could write a good essay on almost any topic if you prepared just a single essay on God. So, if you were asked to write an essay on “a rainy day”, you could write about God’s natural creations, which included the sky and earth, sun and of course rain, and then move on to a rainy day. Moreover, students have always been encouraged to quote at length, to enhance the richness of an answer or essay. Even in undergraduate class, students quoted writers to support an argument, but seldom presented research-based evidence of his or her own.

In art class children have been made to copy images and patterns. Imaginative composition -- if set as an assignment -- was usually “corrected” and modified to conform to the teacher’s ideas. Where music is concerned, how many children are encouraged to compose their own tunes? It is a shame that creative writing is not part of the regular school curriculum. In language and grammar classes, a child’s originality is killed at the primary level itself. A schoolboy, asked to write a sentence with “mother”, had his simple sentence: “My mother has big eyes”. But this was crossed out with a thick red marker and changed to: “My mother is a noble lady”. The next sentence, “I hate drinking milk”, using the word “milk”, was rejected in favour of: “Milk is a nutritious drink”. The poor boy was being set in a mould created by his unimaginative teacher.

Also, looking upon the prescribed textbook as the students’ Bible causes considerable damage to creative minds. If an answer was based on the subject-related textbook, it was marked correct, but if certain “key” phrases and terms were not used but explained in the student’s own words, it was more than likely that the student would be heavily penalised. This is what defeats the making of independent minds.

It is extremely urgent today that we correct all these mistakes and the lacunae of the past and begin by introducing the concepts of plagiarism and intellectual property right from the junior classes. It is true that much of early learning happens by observing and imitating. But children are imaginative too. We teachers must learn to foster this natural gift and be less rigid about the need to conform. As Picasso said: “All children are born artists. The problem is to remain an artist as we grow up.”

As children grow older, they could be taught to consciously acknowledge the sources from where they have taken content. This practice, if well inculcated in our young, will go a long way to making them intellectually honest. Apart from developing academic honesty, educators should encourage and celebrate original work. When our children join school in the kindergarten, they are curious, imaginative and creative. It is we adults who cramp their style and freedom by straitjacketing them. The fault that India does not produce inventors lies in ourselves.