Amitabha Bhattacharya | The summer of discontent: Let’s learn to live in Covid-19 era

Amitabha Bhattacharya
The writer is a retired IAS officer from the Andhra Pradesh cadre, who has also worked with UNDP and with the private sector.

Would things have been better if the lockdown was announced earlier, say in late February or early March? 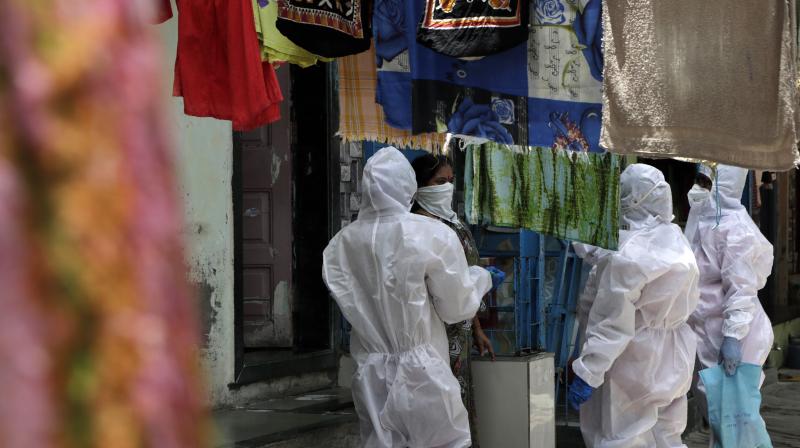 Prime Minister Narendra Modi’s acknowledgement of the enormous suffering of “workers, migrant brother and sister labourers, those working in small industries, cart pushers and vendors, our shopkeepers and those having small businesses…”, followed by the launch of the Garib Kalyan Rozgar Abhiyan last week, may be reassuring, but in the broader context, the way the pandemic has been panning out, raises many questions.

These relate to the capacity of our administrative state to deal with this unprecedented challenge, appropriateness and efficacy of the response so far, and the roadmap to bring the economy back on the rails while minimising fatalities.

As in any war-like situation, we now see the role of the executive in full play. This is an extraordinary responsibility, due to an unprecedented perception of fear and threat to the hitherto settled ways of life.

Executive action involves the interplay of the political executive and senior officials, coordination between various departments and also between the Central and state governments, establishment of a clear chain of command, assessment and deployment of human-financial-infrastructural resources in the right measure, besides motivating people to unitedly combat the common enemy and encouraging the frontline healthcare, police and other personnel to render their best services.

Now that three months have passed since the imposition of the stringent lockdown on a pan-India scale, followed by graded relaxation measures termed as “unlockdown”, it’s time to take stock.

Would things have been better if the lockdown was announced earlier, say in late February or early March, with time given to willing workers, mostly in the unorganised sector, to return to their homes?

No one can be sure, and opinions must have been diverse, both within and outside the government. In case of an earlier announcement with adequate warning, there was a fair chance that the infections would have spread to rural areas much faster, causing an unacceptable death toll.

As government decisions often seek to balance between competing demands of time and resources, a democratic polity tends to err on the side of caution. The lockdown imposition, however drastic, did help in more ways than one.

Democracy abhors sudden, large-scale mortality due to a disease. It is often more tolerant of morbidity, hunger and malnutrition, even if widespread.

Therefore, the priority to minimise death at any cost, while simultaneously enhancing preparedness, seems to be an understandable proposition until reaching a break-even stage, when livelihood concerns take equal, if not more, importance.

State intervention must, therefore, be both decisive and timely, based on an assessment of its consequences and the executive’s ability to negotiate them. It is not an easy task, as the global experience shows.

In the initial phase, we were rather complacent and perhaps in a mode of denial. Thereafter, realising what was happening in Western countries, we were gripped by fear when the government and the citizenry started working in unison.

We are now in a phase of near-acceptance, looking forward to the restoration of near-normality, fully aware that the spike in infections and deaths will continue for more time, with the hope that the government is now better equipped to meet that eventuality.

Evidently, government actions have not been out of sync with public demand and expectations.

The plight of migrants desperately seeking to reach their homes made headlines. Could it have been foreseen? Did public intellectuals anticipate and warn of this humungous problem?

The executive, under mounting pressure to tackle the “immediate” priorities -- of testing the vulnerable and treating the infected -- might not have factored it in an ideal manner.

The lockdown impacted the government’s own capacity to deliver. Besides, where are the disaggregated data on millions of individuals about their place of work and their willingness or otherwise to return to their roots?

The transportation of millions of people from one end of the country to another was a challenge that tested the limits of our administrative capacity. Understandably, there were lapses.

But to impute that efforts to streamline the process were ineffective, or that the migrant workers were ignored because they do not vote at their place of work, is to undermine the giganticity and complexity of the task.

About the stimulus package, let the conservatively crafted measures play out. These are executive decisions and mid-course corrections can always be introduced.

With the economy reviving, bolder actions should naturally follow. As the state had imposed the lockdown, it is primarily responsible to compensate the poor, to the extent feasible, for their loss of income.

Unitedly, the nation has coped with the pandemic so far. However, as the disease figures are relentlessly soaring, the battle has to be intensified in the weeks to come.

Experience shows that we work best during a crisis. The pandemic has exposed our faultlines like never before.

The need for at least doubling the public expenditure on healthcare, treating the state governments as equal partners and stopping expenditure on grandiose plans triggered purely by political ideology should not be questioned any longer.

This is also the time to undertake major reforms in important sectors, some of which have already been announced.

Hopefully, the pandemic will make us introspect and realise these goals, perhaps even earlier than envisaged. That will be a sustainable gain for the nation