Opinions are free — bilkul moofat. No tax, nothing 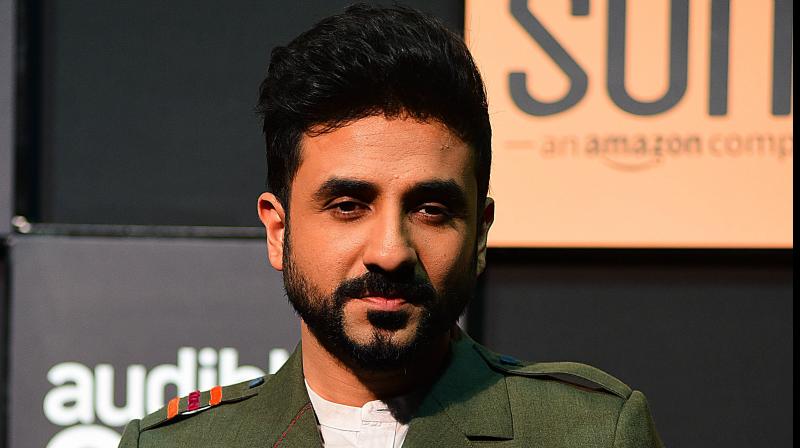 It’s basically a no-brainer: We all have our own idea of India — even those of us who don’t live in India and are not Indian. That’s the fun part. Opinions are free — bilkul moofat. No tax, nothing. And everyone is entitled to them, including Vir Das. But, poor guy, he with his two versions of India, is getting slaughtered across the board. Kyon bhai? Now with all this noise around Vir Das, it has really indeed created two Indias — the India that loves Vir Das, and the India that hates him.

Meanwhile, Das himself is posting glammed red carpet looks from the 49th International Emmy Awards, and receiving another round of applause for his sartorial choice. Smart Das generated fresh content by putting it out there in September after the nomination was announced that he was launching a design contest for his Emmy look — anyone could apply. The prize? The chosen designer’s outfit would be worn by Das while strutting on that red carpet, with the likes of David Tennant and our very own Nawazuddin Siddiqui (who wasn’t savvy enough to announce such a contest, and wore a rather unfortunate tux that his stylist picked for him). Das shrewdly selected Pradeep Bhatt, a 22-year-old unknown, third year fashion student designer from Haldwani, Uttarakhand.

Wait… there’s more! The young Bhatt let it be publicly known that he was suffering from a rare eye condition called “keratoconus”, which causes blurred vision and a higher sensitivity to light. Taalis! Double whammy. The outfit was constructed at Bhatt’s friend’s men’s design wear studio in Delhi. Bhatt created an Indo-Western outfit for Das, which won fan approval and many plaudits. “This is called class,’’ gushed a young person, as Das announced his decision to auction the outfit for charity. Das and Bhatt belong to different Indias — but does it really matter?

I have a problem with binaries, which are this simplistic. Rapists vs Saints. Goddesses vs Victims. Freedom vs Tyranny. Farmers vs Politicians. This sort of very obvious playing to the galleries doesn’t convince me at all. If only life could be as easily carved up! Despite the lack of complexity or sophistication in the six-minute monologue at the Kennedy Centre in Washington DC, Vir Das managed to alarm and impress his country, and started an important conversation. FIRs were promptly filed against him, and he received death threats too, which is a given these days. Most important, citizens began to ask themselves which of those two Indias they belonged to, quite forgetting there were multiple Indias out there to choose from.

These were the thoughts racing through my own head as I landed in Raipur, Chhattisgarh, to address members of the CII in the capital city of the state that has been declared the “cleanest” in India, with Bhupesh Baghel bagging the “Best Performing CM” honour. Well, here I was gliding to the venue (The Courtyard by Marriott) in a gleaming Jaguar XJL, personally driven by Sandeep Goel, president of the Chhattisgarh CII chapter. During my short stay in Raipur, I got to visit the government-run Tribal Welfare Crafts’ Centre and a government approved textile showroom selling the pride of Chhattisgarh — pure Kosa Silk.

Both these stops were eye-openers for more than one reason. The crafts showroom was managed by an attractive young lady in fitted denims, who had been on the same flight from Mumbai. Behind her was a portrait and write-up of the national award-winning Dhokra metal craft artist whose wonderful pieces I had just acquired. She proudly identified him as her father and said that everything in the store had been made in the workshop of her village. The salesmen at the saree store were also from the Bastar region, and knew their Kosas! Their sense of identity was intact and there was zero confusion or insecurity displayed. Which India did they belong to?

At exactly the same time, an unbelievably vulgar desi wedding was being celebrated by a gutka king in Paris. The videos left me speechless! The hideousness of it all — the flashy jewellery and clothes, the ghastly display of wealth, combined with the complete absence of sensitivity — it was terribly puke-making! This ostentatious extravaganza was being staged in a city known for its beauty and good taste, and at the exclusive Maurice (Hotel), known for its snob appeal. Social media posts informed the world that the invitees were given 2,000 euros each as “pocket money”. A high-profile entertainer called Jason Derulo was hired to keep the folks amused, though they would have vastly preferred Badshah or Daler Mehndi. I’d like to think these show-offy people are also entitled to their version of India — much as some of us may loathe the thought of anybody making money out of gutka. Mercifully, Amitabh Bachchan has stopped any further ads for a paan masala brand, but Ajay Devgun and SRK are still promoting this disgusting product, much to the disapproval of their fans. Shall we say there is a “Gutka India” and a “non-gutka India” at war here?

On the packed flight back to Mumbai, I rubbed shoulders (literally) with multiple Indias. The stories I had heard in Raipur will remain with me as will the invigorating CII session, ably moderated by the “seeds king”, Sanjay Jain. Young girls in the conference hall had raised interesting questions about binaries and LGBTQ issues confronting India. So much dramatic change is under way in our society… it’s both heartening and inspiring. The downside is known to all and there’s hardly any point in pretending that Vir Das made it all up in order to defame India on foreign soil and therefore must be crucified. No, he didn’t make up a thing. He merely treated these troubling concerns as incendiary material for a provocative stand-up comedy act. He is well within his rights to make money out of our national shortcomings. It may shock his virulent detractors to know that it is Vir Das’ India too, as much as they claim exclusive rights over it! Go on, guys, write your own gigs and beat him at it if you can! The Kennedy Centre is open for bookings.