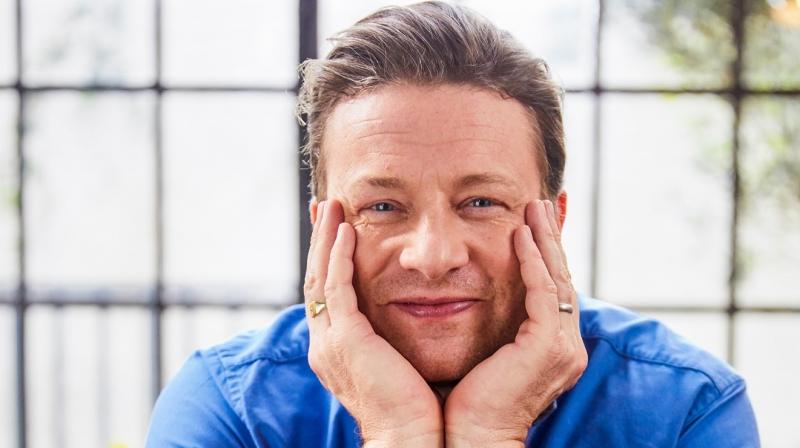 “O Bachchoo did she cast a glance
And casting it did cast a spell
Or is it just that you can’t tell
A shy retreat from a bold advance?
Confession is the coward’s way
Repentance is the sinner’s fate
Resentment is the key to hate
Do blessings fall on those who pray?”
From As You Lick It, by Bachchoo

Jamie Oliver is Britain’s best-selling non-fiction writer. No, he is not a purveyor of dud philosophy or a guru for the gullible, he is a famous chef and writes recipe books. His work and consequent fame are not restricted to writing, presenting cookery shows on television and running popular restaurants. He has advised several educational authorities on supplying healthy meals in schools at the frugal prices they deploy for this service to the growing population of Britain.

Despite his good services, some time ago, Jamie launched a ready-meal packet called Punchy Jerk Rice. It was a recipe made up of whole grain rice, chillies, aubergines and beans. Its packet said it would be “seriously good with chicken wings”.

The enterprising recipe came in for a fatwa. Jamie was accused of the new sin of “cultural appropriation” as the word “jerk” figures in several standard Caribbean recipes such as “Jerk Chicken” and “Jerk Pork”. I have eaten in West Indian homes and in Caribbean restaurants in Jamaica, Trinidad and Grenada but haven’t come across Jerk Rice.

Jamie has used the adjective. He was accused, not of borrowing it, but of plagiarism. The poor boy has taken it seriously and now employs in his own words “teams of cultural appropriation specialists” to vet his recipes to avoid being accused of insensitivity or cultural colonialism or whatever term the new regiment of Moseses – is that the plural, or is it “Mosaic”? (Oi! We don’t pay you to display your ignorance in our pages! — Ed. Just being honest, yaar! Did you think Sinai was the plural of Sinus? We live in confusing times — fd)

These “cultural appropriation” reactionaries are now proliferating like flies in a public loo.

I blame the availability of the “social media”, which in very many cases is pig-ignorant and very anti-social. Which of the Caribbean objectors to Jamie’s jerk doesn’t wear clothes designed in Europe? Do they still go around in African robes? And do they object to Jamie in African languages or in culturally expropriated English?

That’s not the way culture works. Are African Christians appropriators of a Middle Eastern faith? Are the Boko Haram cultural appropriators of an Arab religion? Haven’t nations been speaking unto nations and transmitting their “cultures” to each other?

Is a democracy, originating in Greece, a cultural appropriation?

One could go on listing the great transfers of language, religion and systems across the globe — because no nation, not even England, is an island — but let’s get back to food and cuisine.

Another victim of the expropriation of the culture fatwiks (yes OK, it’s a new adjective) was Christine Hayes, editor of the magazine BBC Good Food. Reacting to the fatwik attacks on her magazine’s 13,000 recipes, she decided to purge it of “unacceptable” names such as “Asian Salad”.

I have no idea what that comestible is, but am pretty sure it contains coriander. In my teenage years, on my birthdays, the aunts with whom I lived would make a fruit and vegetable mixture with mayonnaise called “Russian salad”. Neither I nor they were certain of its Russian origins as it contained chopped melons and distinctly Indian fruit and was, to my friends, the much-sought-after incentive to come to my birthday parties. My aunts never received an objecting telegram from Josef Stalin or Nikita Khrushchev.

And then, my mother would make a dish she had expropriated from the British Raj called Country Captain. Of course, the Raj had expropriated it from Indian cuisine in the first place and given it this etymologically untraceable name. None of my British friends had ever heard of it, but I came across the fact that the London-based Parsi chef and restaurateur, Cyrus Dotiwalla, had concocted this very dish to offer to Queen Elizabeth II on her silver jubilee some years ago. I am sure she enjoyed it.

The inverted Parsi name to Dotiwalla would be Toddywalla. I mention this because “Toddy” is the anglicised version of the natural alcoholic drink fermented from the juice of a “Thaadi” palm. And though it’s not the same drink, the Brits call a Scotch whisky, honey and lime juice concoction -- to call it a cocktail is an insult to the breed — a “hot toddy”. Cultural misappropriation?

What then would the cultural appropriation fatwiks say to the presence of potatoes in masala dosa, fish and chips, French fries or a thousand other deployments of the root vegetable? Was the fact that Sir Walter Raleigh brought this ingredient of so many stomach-filles from America “agricultural appropriation”? Should potatoes only be eaten by native Americans?

And should chillies, the basic flavouring of most Indian cuisine, be banned from curries because the chilli originated in South America and was brought to India by the Portuguese? Arrey, don’t be silly, yaar!

Are the citizens of Hamburg and Frankfurt called hamburgers and frankfurters? Culture travels. Expropriation is the lyric of civilisation.

Here am I, an Indian Parsi, writing in English and not in Avesta: For shame, for shame…

And can I now apply for one of Jamie Oliver’s sensitivity jobs?