Jeremy Corbyn's elevation to party leader was greeted with horror by some of those familiar with his empathy for the Palestinians. 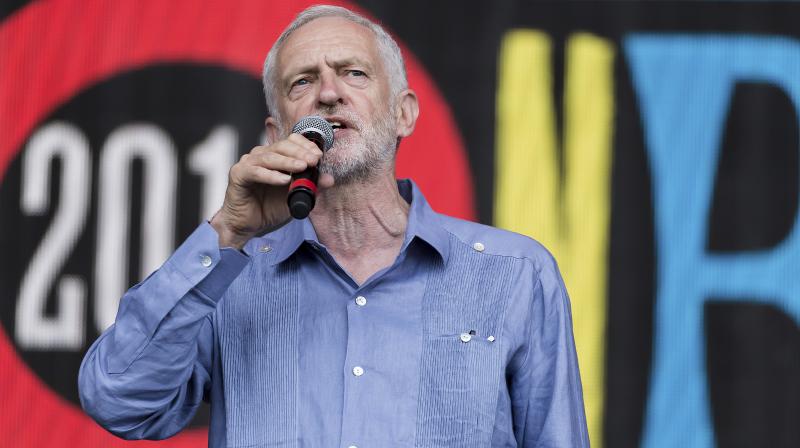 Almost every one of the so far nine MPs who have deserted the British Labour Party cited its attitude towards anti-Semitism, alongside its approach towards Brexit, as a clincher.

On Brexit, their plaint, not always clearly articulated, is that the party has refused to completely ignore the verdict of the 2016 referendum - never mind that to do so would be electoral suicide in all too many constituencies, apart from being ethically questionable. The anti-Semitism accusation is more complicated.

Jeremy Corbyn's elevation to party leader was greeted with horror by some of those familiar with his empathy for the Palestinians. No one could seriously question his consistency in backing beleaguered or dispossessed nationalities. But when it comes to Palestinians, the dynamic changes.

Corbyn has been accused of sharing platforms with Hezbollah and Hamas. British Labour's shadow chancellor John McDonnell has acknowledged that some of the party's Facebook forums and other social media groups are peppered with anti-Semitic posts. The unanswered question is whether those who post them are indeed Labour members or supporters, or merely trolls. We have heard a great deal in the past couple of years about Russian cyber efforts to queer the electoral pitch in the US and parts of Europe. Instances of Chinese and Iranian hacking also attract attention. It is rarely mentioned, though, that Israel was among the pioneers of the concept whereby fake personas are created to infiltrate social media groups.

The antipathy towards Corbyn is driven in large part by sheer horror at the idea of a potential British Prime Minister who is unequivocal in his support for Palestinian self-determination and vehemently opposed to all forms of colonialism. That in turn feeds into the discomfiture of those who are allergic to the Labour Party's mildly socialist platform, partly because the long years of Blairism have implanted in their minds the notion that neoliberal capitalism, with peripheral modifications here and there, is the only way forward. None of the above is intended to suggest that anti-Semitism is a figment of the imagination. It has lately been gathering momentum across the right through much of the West. To some extent, it is an inevitable product of the resurgence of neo-fascism. It may seem curious that some of these elements are huge fans of Benjamin Netanyahu and members of a mutual fan club, but they are ideologically in the same boat, and the Likud leader seldom hesitates to reciprocate their affection.

It occasionally surfaces on the left as well, which is particularly distressing. It's sometimes a case of anti-Semitic tropes being adopted (or adapted) by anti-Zionist activists. But it certainly doesn't help to conflate the two, much as it is absurd to suggest that condemning violent Islamist radicalism is automatically Islamophobic.

Yet there are efforts afoot to outlaw anti-Zionism in France, and the Boycott, Divestment and Sanctions movement across the US, where Minnesota representative Ilhan Omar has been castigated for the reasonable Twitter comment that the American Israel Public Affairs Committee (Aipac) accounts for the near-blanket backing for Israel among members of Congress.

She felt obliged to apologise for associating money with Jews, a long-standing anti-Semitic jibe, even though the idea that Aipac deploys its resources to back particular candidates and push back against others is hardly controversial. Other lobby groups do the same, but Aipac and the National Rifle Association are among the most influential.

It is absurd to regurgitate the nonsensical idea that Jews control the world's finances or the Western media. It is equally absurd to pretend that Israel isn't a settler colony that has for the past half century brutalised the Palestinians, sometimes in patently fascistic ways, and done all it could to forestall a two-state solution to the conflict, while pretending that a one-state solution would be inherently anti-Semitic because it would decisively undermine the notion of an exclusively Jewish (apartheid) state.

A British government that repels anti-Semitism without kowtowing to Israel — or feeding the war machine of Israel's latest ally, Saudi Arabia — might be something of a miracle, given the forces arrayed against. But it would also be a most welcome change.