Given the rocky relations between the two ambitious politicians, such a lack of communication is understandable. 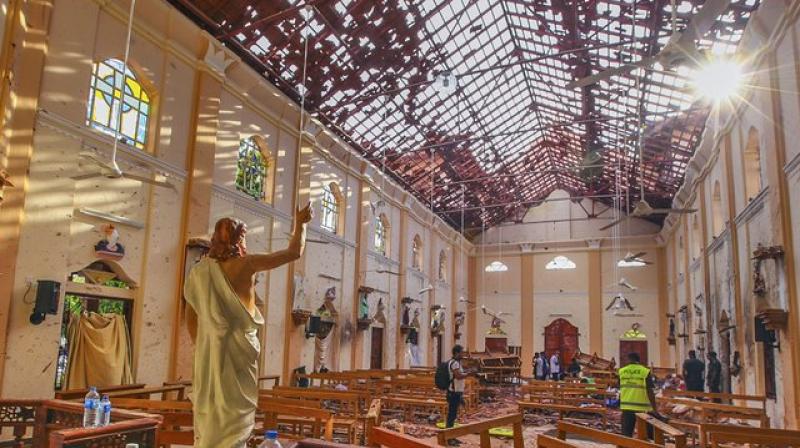 There has never been a history of discord between Muslims and Christians in Sri Lanka. (Photo: AP)

Whenever there’s a terrorist attack anywhere, I pray that Muslims weren’t involved. And if they are, I cross my fingers and wish none of them were Pakistanis. In the horror stories emerging from Sri Lanka, I seem to have got my second wish. However, this is scant consolation for the mayhem unleashed by a little-known Islamist group, the National Towheed Jamaath (NTJ), backed by the militant Islamic State (IS) group.

On Sunday morning in the UK, I received a string of text and WhatsApp messages enquiring about my safety. Friends knew that as I do every year, I had spent the winter at our beach house in Sri Lanka, but were unsure about my whereabouts. I immediately went on Twitter to discover the bloodbath that had occurred in Colombo, Negombo and Batticaloa. The rest of the morning was spent in trying to find out if our Sri Lankan friends and their families were safe. As the magnitude of the atrocity emerged, I knew that only an experienced and highly trained group could have pulled it off.

In their long, brutal civil war, the Tamil Tigers had never deliberately targeted Chris­tians and foreigners. In any case, the defeated remnants of the ethnic Tamil group are too demoralised to attempt such a complex operation. That left Al Qaeda and IS as possible backers of the NTJ. The former has given up launching indiscriminate attacks, so that left IS. So I was not surprised when it claimed responsibility for the multiple attacks. What did surprise me, however, was the revelation that information about the impending suicide bombings had been passed on to Sri Lankan security officials by Indian intelligence a fortnight earlier. Both the prime minister and president claimed they had not been informed.

Given the rocky relations between the two ambitious politicians, such a lack of communication is understandable. Under the 19th amendment to the constitution (drafted by Prime Minister Ranil Wickremsinghe), President Sirisena has the defence portfolio, and thus responsibility for security. There are reports he did not invite the prime minister to meetings of the National Security Council.

Last October, he attempted to remove Mr Wickremsinghe, but was thwarted by the supreme court. Since then, their power-sharing arrangement has become dysfunctional. Mahinda Rajapaksa, ex-president and the other claimant to power, has cashed in on this criminal intelligence failure, and called on the prime minister to resign. As the next presidential election looms, expect him to ramp up the rhetoric. And as his track record shows, he is not above playing the extreme Buddhist/nationalist card to further his agenda.

Perhaps more serious than this squabbling is the backlash against Muslims that I had feared. Although the government has tried to cover up the ongoing attacks against Muslim families and businesses, there have been multiple reports of anti-Muslim actions, especially from Negombo, a largely Christian area.

Sri Lankan civil society has been appalled by this mindless (though understandable) backlash. One friend has announced her intention to stand guard outside Colombo’s Jumaa Masjid at Friday prayers. People remember how monks of the Bodu Bala Sena (BBS) led mobs who killed several Muslims following a petty altercation near Kandy a couple of years ago.

There is a deep undercurrent of nationalism among elements of the majority Sinhalese who basically say that Sri Lanka is for Buddhists, and the minorities live there on sufferance. This is despite the fact that Muslims constitute only nine per cent of the population; many of them have descended from Arab traders who came to the island centuries ago.

There has never been a history of discord between Muslims and Christians in Sri Lanka. So if the aim of the NTJ and IS was to create conflict between the two minority communities, they have succeeded beyond their wildest expectations.

In the small town in the south a few kilometres from our beach house, there are a couple of mosques, three churches and several temples. While the Muslims largely keep to themselves, I have never heard of any attacks on their peaceful community. But now, there is palpable fear of a backlash.

One warning sign I have observed with increasing (and depressing) frequency is the way younger Muslims now dress: women often wear the full burqa, while even teenage boys sport long, Saudi-style dishdashas and straggling beards.

Sinhalese also complain about the lack of cleanliness in Muslim neighbourhoods and the consumption of beef in a country that largely avoids cow slaughter. All this is grist to the BBS mill. After Sunday’s slaughter, these memes are likely to be magnified.

Another aim of the attacks was probably to cripple the economy. Tourism, after the setback of last October’s constitutional crisis, was just recovering when the bombers struck. It will be a long time before the country can calculate the full cost of a colossal intelligence failure.