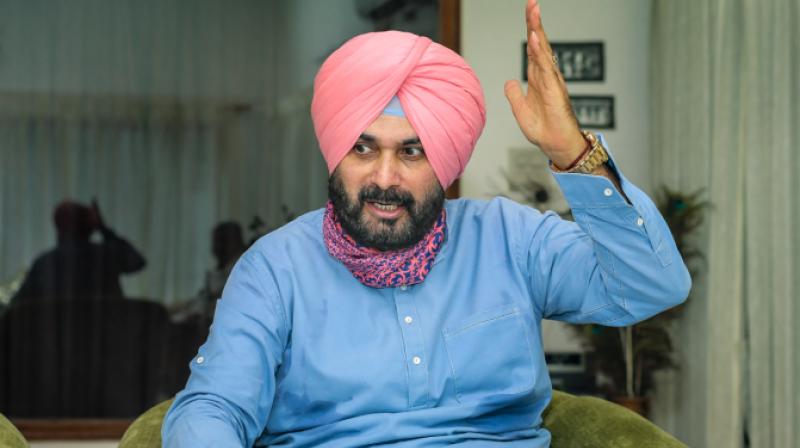 There was all-round acknowledgement by Congress leaders, including Rahul Gandhi, at the recent Chintan Shivir in Udaipur that the party’s communication and media management had been an utter failure and that there was an urgent need to take a close hard look at overhauling the communication management systems. Following up on the Udaipur deliberations, Congress president Sonia Gandhi set up a special panel — 2024 Task Force — which has been asked to suggest organisational reforms and also propose wide-ranging changes in the party’s communications and publicity strategy. Congress insiders said they were surprised that Randeep Surjewala’s name should figure in this panel whose other members include P. Chidambaram, Priyanka Gandhi Vadra and Jairam Ramesh.

It was pointed out that Mr Surjewala currently heads the party’s media and communication department, the very same department whose strategies came in criticism at the Udaipur Chintan Shivir and whose makeover is on the cards. It is ironic, they said, that Mr Surjewala should be among the members who will be making recommendations on key communication reforms, considering everyone agrees that his department has failed to deliver while questions have been raised about his own track record as media chief.

Several Congress leaders suffered some anxious moments when they learnt that Kapil Sibal had resigned from the party. As a few of them are battling court cases, these Congress leaders were worried that in addition to the party losing a good orator in Parliament, they may also end up  losing  their lawyer, especially since Mr Sibal fought their cases pro bono. Former finance minister P. Chidambaram is among the Congress leaders whose cases are being handled by Mr Sibal. However, they need not have worried because Mr Sibal made it clear to them that he may have quit the Congress but he will not quit being their lawyer. In fact, immediately on his return from Lucknow after filing his nomination papers for the Rajya Sabha, Mr Sibal made sure that Mr Chidambaram’s case was among the first to be listed.

When former Punjab Congress chief Navjot Singh Sidhu called on the state’s new chief minister Bhagwant Mann earlier this month ostensibly to discuss issues related to the state’s economy, it immediately led to speculation that the cricketer-turned-politician was planning to switch sides after the party’s humiliating defeat in the recent Assembly polls. However, it now transpires that Mr Sidhu had an inkling that the verdict in the 34-year-old road rage case against him would not go in his favour and that the courtesy call on Mr Mann was to ensure he would get the necessary facilities in jail so that he is not put to too much discomfort during his stay behind bars. Currently undergoing one-year imprisonment, Mr Sidhu’s efforts appear to have paid off if the diet recommended for him by doctors in any indication. His meals include tofu, sauteed vegetables, chia seeds, chamomile tea, lactose-free milk and nuts like almonds and walnuts. It would be worth finding out if doctors recommend the same diet for other inmates with a similar medical condition.

While the Bharatiya Janata Party is more than willing to welcome defectors from other political parties, it does not rush to reward them with important posts in the party organisation. It is, however, happy to accommodate them in the government. Even then, Himanta Biswa Sarma had to work hard to prove his credentials before he was elevated as Assam chief minister. Others like Jitin Prasada have been luckier as they were given ministerial berths soon after they joined the BJP. Jyotiraditya Scindia, too, is getting royal treatment in his new party. Though he has been given the relatively low-key ministry of civil aviation, Mr Scindia is being promoted in a big way in his home state Madhya Pradesh. All his proteges, who had left the Congress with him, have been given ministerial posts while others have been given positions in various state commissions and boards. This has predictably upset BJP state leaders, especially those who had campaigned vigorously to defeat Mr Scindia in the elections.

Though the Bharatiya Janata Party has sent messages to its Himachal Pradesh unit that incumbent chief minister of the hill state, Jai Ram Thakur, will not be removed before the upcoming Assembly polls, his detractors are not convinced and believe he is on his way out. They are insisting the leadership name a new chief minister or else the party will pay a heavy price in the elections. Faced with this ongoing campaign, Mr Thakur’s supporters are now banking on Prime Minister Narendra Modi’s May 31 visit to Shimla to get a fresh endorsement for the chief minister’s continuation. In fact, the Thakur camp is hoping that just as Mr Modi got himself photographed with his arm on Uttar Pradesh chief minister Yogi Adityanath’s shoulder in the run-up to the state elections, he will make a similar gesture on his forthcoming trip to send out a clear message that not only will Mr Thakur continue in office but will also be projected as the BJP’s chief ministerial candidate.