Nilofar Suhrawardy | Grit on side, some Indians still smiling 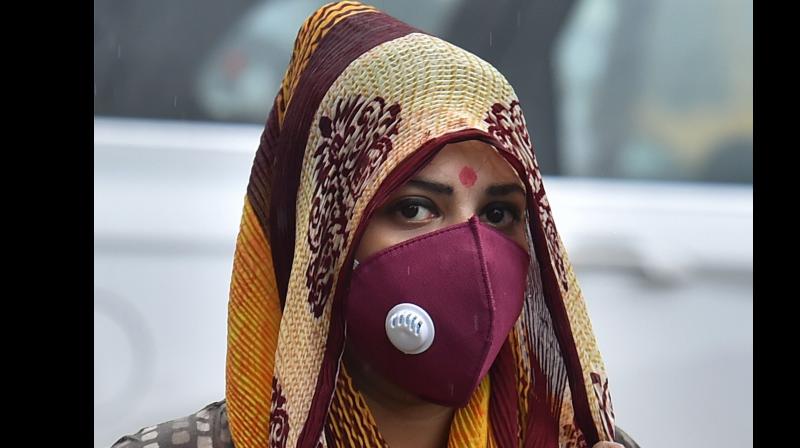 What a life, when even a smile, once talked about emphatically as an important feature of one’s personality, has almost lost its appeal. PTI Photo

Smile if you please, during this chapter of Covid-19, though it makes no difference to whomsoever you may be trying to cheer up. How would the person being smiled at suspect anything of your gracious and generous inclinations from behind your mask?

What a life, when even a smile, once talked about emphatically as an important feature of one’s personality, has almost lost its appeal.

Well, almost, for one can still share a smile with one’s reflection in the mirror.

If nothing else, beginning the day with a smile for one’s own self still has its importance, especially for those who have become at little dismal under the onslaught of the vicious coronavirus.

One doesn’t know when the curve of the coronavirus pandemic would peak, flatten and starts trending downwards, but certainly, a few sections of society have begun to find reasons to cheer up.

And all kudos to them. Though this is hardly a time to describe anything as a good show, one can’t help but compliment the ones who have managed to change the status of their fortunes from dismal to favourable in this period.

Many are familiar with maids being asked for their Covid-negative certificates having given it back to their employers by asking for theirs.

Well, this is the other side of India some people are not familiar with. And it is simply an example of maids refusing to bow to “Covid-discrimination” by their employers.

Sometime back it was not anticipated that the disease would imbue such dynamism among maids seeking to inhabit their identities. It is possible that the guest workers’ walk to their rural roots has prompted the poorer people settled in cities to raise their voices when required. These maids may be without their jobs but have not been robbed of their heart to smile.

Now, chemists and manufacturers of medicines, tonics, masks, sanitisers, etc., to whom people are rushing to save themselves from Covid probably have their own rationale for smiling. Their goods are in demand and quickly get sold out. And it will probably remain that way till Covid stays.

Interestingly, a few faces, which wore a forlorn look till around a month ago, also seem fairly cheerful now. At least, my personal observation suggests so.

Indians at all levels have an intriguing way of finding solutions to their problems, one way or the other. During strict lockdown, the incomes of workers, such as electricians, plumbers, car mechanics, tailors and others, were hit badly.
But this did not stamp out their spirit of survival. Quite a few small-time, self-employed professionals adapted their services to what was in demand during the pandemic and recovered some of their incomes.

One such service is the sanitisation of houses and lanes. The new sanitation workers are being complimented with smiles and, of course, being paid.

A local electrician, dismayed at losing his clients during lockdown, made use of the time he had on his hands to consolidate his expertise. When he came over to render his service recently, he seemed like a totally different person.

While checking a faulty tubelight, he was constantly on his mobile. Upon enquiry, it was learnt that he had started an online business. This I found it a little difficult to get my head around. Six months ago, he couldn’t even fix a minor problem.

I would call him only when his senior partner was unavailable. That gentleman has been held back in Uttar Pradesh ever since the lockdown began.

The young man said he was now focussing on servicing air-conditioners, of both split and window types. My eyes popped out.

How did he learn to do it? From YouTube, he said, and he added that he was now earning more than earlier.

This is India, where the majority never say die. If they did, the guest workers would not have walked back to their villages.

Those settled in urban areas are trying their hand at services needed in this season. Tailors have not fallen behind, stitching and selling fabric masks. These masks are prominently displayed at their shops. Yes, this is the hidden side of the pandemic.

Delivery boys and men working for online shopping sites, too, are its unlikely heroes.

The sudden drop in income because of lockdown prompted some people to upgrade their own “qualifications” as much as they could within their resources and increase the demand of their services. Thanks to the smartphone and the Internet, they could.

Add to that the increase in the demand and supply of virus-related goods and services. The demand for hand-sanitisers, for instance, has increased by more than 400 per cent.

This has saved at least a few, though by no means the majority, from indigence and the blues.

To smile or not to smile might be the million-dollar question for politicians fond of taking selfies even as masks and social distancing have spelt a blow to their hug diplomacy.

Yes, this certainly amounts to the fading of several diplomatic smiles. But seriously, faced with so many problems — on practically “all fronts”, at that — most leaders cannot afford to smile either!