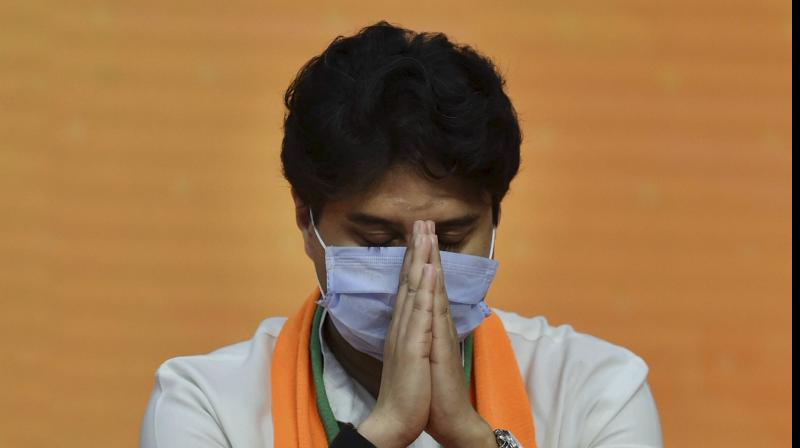 There is talk of new faces in railways and finance.

A matter of time

There is no sign of a cabinet reshuffle. Three eager hopefuls — Mukul Roy, Jyotiraditya Scindia and Himanta Biswa Sarma — are increasingly restless and jittery.

Prime Minister Narendra Modi is said to have assured them of weighty berths. Roy is in hurry on account of next year’s Bengal polls while Scindia wants a cabinet rank in order to influence the Madhya Pradesh Assembly by-polls that will have a bearing on the Shivraj Singh Chouhan ministry.

And Sarma is flashing his utility-performer card in the Northeast.

The way a near-collapse of the Manipur government was recently averted is another feather in the Assam health minister's cap. However, well-placed sources say the PM may be biding his time on account of the coronavirus pandemic and the ongoing trouble with China. There is talk of new faces in railways and finance.

Which side are you on?

Congress is witnessing a crucial tug-of-war between those who owe allegiance to Rahul Gandhi and those backing the old guard.

Paradoxically both sides are counting on the support of party chief Sonia Gandhi. A meeting of the Congress Working Committee (CWC) on the China crisis devoted time to the leadership issue when some members urged Rahul to take over as AICC chief.

He looks after party affairs in Jharkhand. Priyanka is reportedly getting some reports of Congress leaders’ involvement in matters in which they ought not to be interfering. Moreover, R.P.N. Singh is seen as a supporter and a buddy of Jyotiraditya Scindia who has defected from the Congress.

How Muslims will be heard

The Indian Islamic Cultural Centre at Lodhi Road in New Delhi has a hot topic of discussion — should Muslims in India look for a 24X7 news channel to communicate their point of view or should they strengthen social media platforms.

Well-heeled members of the Muslim intelligentsia who form part of the IICC are concerned at the way some private TV news channels have adversely projected the community.

While some noble souls want to raise money for an “independent” Muslim channel, others advocate caution pointing that such a course may prove counter-productive. They feel that given the social media's deep penetration, strengthening social media platforms would be a more pragmatic, cheaper and doable option. The debate rages on.

Congress insiders say efforts are on to induct Tariq Anwar as AICC general secretary in order to blunt the influence of two Muslim faces of the party — Ahmed Patel and Ghulam Nabi Azad.

But Tariq, who had raised the banner of revolt against Sonia on the grounds of her foreign origins, is unable to prove his mettle. He was named as the Congress nominee for an MLC seat in Bihar but at the last moment, it was discovered that Tariq was a voter in Delhi.

Observers feel Tariq needs to do lot more in order to challenge Patel and Azad.

Madhya Pradesh chief minister Shivraj Singh Chouhan is unable to expand his council of ministers. The state is without a governor as incumbent Lalji Tandon is hospitalised in Lucknow.

The Madhya Pradesh Assembly does not have a Speaker as the election of Speaker has not taken place after the resignation of N.P. Prajapati. The post of the leader of Opposition is also vacant as Congress is yet to send the name of its nominee.

The reason for the delay in Mr Chouhan expanding his council of ministers is said to be political.

Mr Gohil was required for consultations as Mr Manjhi complained about lack of co-ordination in the anti-Nitish Kumar-BJP front. Mr Gohil arranged for a video call where Ahmed Patel, K.C. Venugopal and non-RJD allies participated. Mr Gohil has been asking Rahul Gandhi to start holding web meetings to address crowds in Bihar.