The weird thing is, the militarised state is telling us that it is doing all of this. In plain words, directly and right in front of us. 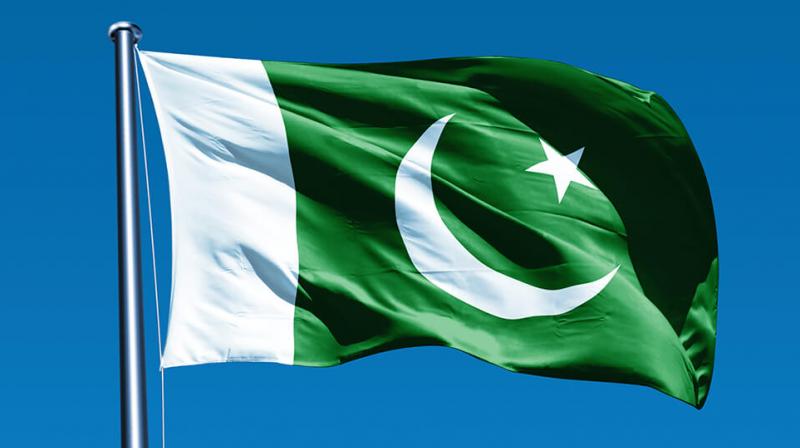 The “core issues” for Pakistan, in the words of the NSC, are four: “eliminating safe havens inside Afghanistan, border management, return of refugees and reinvigorating the peace process for a political settlement in Afghanistan”.

Karachi: There’s nothing like a dose of patriotism and nationalism to muddle the senses. We’ve just been told what kind of country Pakistan will be, but all we can think is, Trump said what?

Well, dare Trump did and on we’ve cheered our boys for thundering back. We’ve shown him! Except, they — the boys — have shown us. Shown us what kind of country Pakistan will be.

And it ain’t pretty.

The good thing about a pushover PM is that the boys can tell us exactly what they think. And tell us that they did in the NSC meeting stuffed to the gills with the uniformed lot.

Excited by a punchy response to yet another bellicose, ungrateful American President, most missed the clearest public articulation yet of Pakistan’s priorities in Afghanistan.

The “core issues” for Pakistan, in the words of the NSC, are four: “eliminating safe havens inside Afghanistan, border management, return of refugees and reinvigorating the peace process for a political settlement in Afghanistan”.

Now work through what that means.

How do we stop them, the Taliban, from infecting Pakistan, especially the Pakhtun belt, and from allowing Afghanistan to become a base for the anti-Pakistan militant lot?

Basically, the nuttiness of having as a permanent neighbour a rabid Islamist lot that has tasted the blood of two superpowers and knows nothing but jihad is a question we’ve always deferred answering.

Because America. And the war on terror. And, of course, India.

But now we’ve laid out a template.

The answer is this: we’ll eventually chuck out all Afghans from Pakistan and seal the border with Afghanistan. That’ll prevent Pakistan from being infected by the Taliban.

And in the meantime, we’ll get Afghanistan and America to eliminate the anti-Pak sanctuaries. That’ll mean no anti-Pak militant problem for the Taliban to have to figure out — or be sympathetic too — when they eventually return to power.

Two countries, one non-porous border; the Taliban pottering around Afghanistan doing Taliban stuff, Pakistan going about its business of becoming a regional superpower. You can believe that. Or you can believe what it’ll really mean: Pakistan dealing with the perpetual fallout of having a rabid Islamist lot dominant in its backyard, with close ties to swathes of the Pakistani people and sympathies for radical causes inside Pakistan. Now what could go wrong with that?

But a militarised future of the state doesn’t necessarily exercise the mind when past and present have also been a militarised state. Better, then, to shake a fist at Trump. Except, it doesn’t end there. Crazy is as crazy does and only a fool would ever expect Pakistan to be a normal state and society when it is surrounded by threats and enemies.

Because along with the Taliban/Afghanistan stuff, we’ve learned two other things recently.

The first is that democracy is dead. Dead in the sense of challenging a militarised state. The PPP has been banished to Sindh and Zardari cut down to size; Nawaz is in the process of being whittled down.

The third option, Imran, has shown no interest in articulating a vision incompatible with a militarised state.

Of course, that will not hold forever. The logic of power and politics means a civilian challenger will eventually appear. But that could be a generational wait, and the wait for success longer.

The reward: they will never be smashed. So when the time comes, the option has been between dissolving them back into society or repackaging them as more benign, palatable entities.

We’ve now been given the answer: the anti-India lot will be repackaged, repurposed and let loose in the political arena.

If the anti-India lot merely end up cannibalising the ultra-right, religious vote in the country, we’ll probably be all right. An almost-like-for-like swap wouldn’t be too bad, given the religious right has remained on the electoral fringes.

But if they end up normalising jihad in the national discourse and, via the continued support of the militarised state, figure out a way to appeal to a broader public, all bets are off.

A militarised state married to a soft kind of social Islamism — really, what could go wrong?

The weird thing is, the militarised state is telling us that it is doing all of this. In plain words, directly and right in front of us.

But we’re too busy shaking a fist at Trump. And India. And Afghanistan. There really is nothing like a dose of patriotism and nationalism to muddle the senses.