The ruling party’s object, no doubt, is to spread a sense of deepening organisational crisis in the Congress 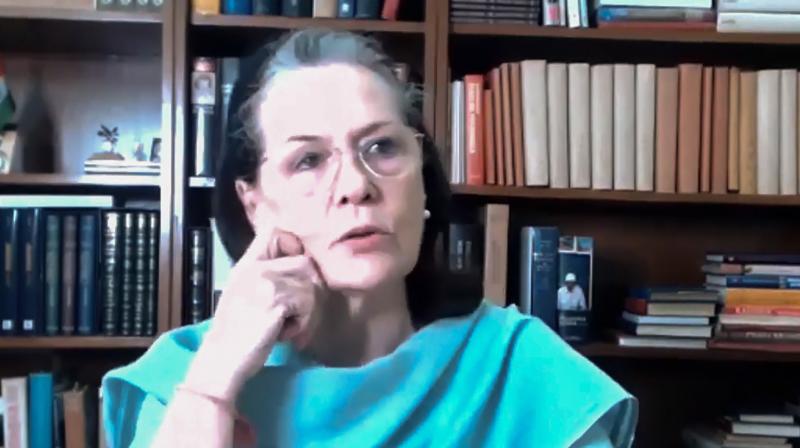 It is preposterous to believe that the letter-writers (with  exceptions, possibly) who brought a spot of drama to the Congress Party recently by demanding change in leadership, specially the jettisoning of former president Rahul Gandhi from a perch of influence, would have launched themselves on this path to benefit the BJP.

The ruling party’s object, no doubt, is to spread a sense of deepening organisational crisis in the Congress, and to degrade it in the eyes of voters. This is because this party alone, even in its much-weakened state, offers a challenge to Hindutva on an all-India plane — in ideas, policy, and social and political acceptability.

But men like Ghulam Nabi Azad, Kapil Sibal, Shashi Tharoor or Manish Tewari, and many others among those 23, are hardly the type to consciously help the Hindutva party trump the Congress.

However, it is equally hard to credit their epistolary venture with political maturity or acumen, or indeed a sense of occasion. After all, the Bihar Assembly polls are less than three months away and needs focused attention. A pandemic is raging. Floods are devastating many states.

At the political level, the Congress is still trying to stabilize itself in Rajasthan where only chief minister Ashok Gehlot’s astuteness and tenacity came in the way of the corrupt bid to topple the state government with the help of defectors, with the BJP playing a key role.

Therefore, to call the letter-bomb amateurs “dissenters”, as many have done, is to be ignorant of the meaning of dissent. The act of dissent takes a toll.

But the letter-writers as a group have been beneficiaries of the Congress’ decades-old durbar and family connections culture (which now afflicts all parties), and were not bitten by the democracy bug before, though, to be fair, some began to espouse the cause of organisational polls after Gandhi resigned as party president last year — honourably taking responsibility for the Lok Sabha rout — with a couple even throwing their hat into the ring.

Now the whole group has publicly demanded organisational elections in the Congress at all levels and the revival of the Congress Parliamentary Board, an elected CWC, and a more “visible” and proactive party president. This is a valid demand.
Elections bring cohesion and accountability to a political organisation and throw up debates and discussion around issues that are important to the people. Indeed, such discussions — which sometimes grew fierce and ugly — were once the norm in the party that won India freedom, and triggered public participation around policy concerns.

But the context in which the “23 musketeers” raised the demand seems to suggest they have chosen to be innocent of ground realities.

A full-fledged internal election in the Congress, starting with ascertaining, correcting and broadening a membership roster, can take about a year. If only the crusaders had waited until after the Bihar elections and the ebbing of the pandemic, they might have been more credible.

Since their demand was not made at a party forum (given that there were four CWC members among them) but publicised through the media, it is not outlandish to think that they desired to embarrass or panic the current leadership (though it’s meant to be a stopgap, with Sonia Gandhi as interim president), whittle its public standing, and force it to concede organizational polls and change of guard at the top here and now.

Even a college union doesn’t work that way. So, if some Congress figures in frustration accuse the lot of aiding the enemy, their angst is understandable even if not well-founded, considering we are in an era of turncoats (as Madhya Pradesh showed graphically, and Rajasthan nearly did).

An Indira Gandhi (she had to claw her way back from the brink when the hardened old men of the party tried to shove her under the bus), a Chandra Shekhar, a V.P. Singh, a Madhu Limaye or a George Fernandes (the latter two from among socialists) would likely have stomped the countryside by now, and started their crusade even single-handed if they had a bee in their bonnet on the leadership or organisational issue, or an authentic point of policy contention, or plain burning ambition in their bosom. Each had shortcomings but they were not straw characters.

The protagonists of the simulated dissent who have come to the fore today appear to be a very different set. Their anxieties belong to the realm of existentialism: What will happen to their political careers if the Congress’ fortunes don’t change? It’s not necessarily concern for the party or the country. And they have (rightly) banked on media help if their message is couched in an anti-dynasty idiom.

The Congress has brought some of this upon itself. Since Rahul Gandhi resigned his post unexpectedly in May 2019, gobsmacking the loyalist and dynasty diehards, the party showed listlessness. An ailing Gandhi was drawn in as chief on an interim basis as the only one who would be above factions.

But the party’s mandate — at this stage — was to democratise and hold an organisational election, even a patchy one. It didn’t, relying on ever-present distractions in India to bail it out.
The path of electing the next party chief by summoning an AICC session in the next six months was cleared at Monday’s CWC, and announced.

This could have easily happened earlier, considering some form of acceptable democratisation has been in contemplation at the top levels of the Congress for some time. But this party, with a thoroughbred democratic past that few political organisations in the world can rival, has fallen on opaque times, and didn’t make this known. It’s time to change this culture — consciously, and with dispatch. This will take some doing.

It is undeniable that the Congress is a pale shadow of its past self. That proposition need not detain us. The point is, has it been taken to the cleaners by Narendra Modi’s BJP? Again, the answer is obvious. While the party has lost two Lok Sabha polls on the trot (the BJP had too!), in state after state it has been the BJP’s equal in Assembly polls or has roundly defeated it — in situations where the fight is not multi-cornered (as in UP, Bihar, West Bengal).

Even in Gujarat, the citadel of Modi and Amit Shah, the BJP got to the finish line panting. As a party, the Congress must take lessons from this dichotomous situation. It must not succumb to listlessness.