Manish Tewari | The rare earth metal race: How India lost it to China 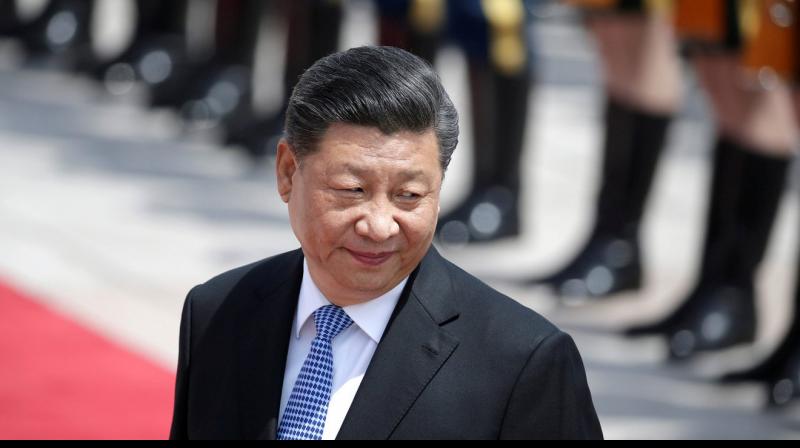 Such is the strategic importance attached to rare earths that President Xi Jinping has made it a habit to flex China’s Trade Muscle by visiting to Rare Earths Hub, mining sites and plants frequently. (Twitter)

“Rare Earth Elements (REE) are an ace in China’s hand”, read a Global Times headline in 2019. China currently controls nearly 90 per cent of the world’s REE mining and refinement and forms the bedrock of its global supply chain.

China’s dominance of the rare earths industry is the result of a reckless and destructive ecological campaign to cut down costs, and a long-term strategic plan involving more than 20 years of precise planning by the Chinese state. Such is the strategic importance attached to rare earths that President Xi Jinping has made it a habit to flex China’s Trade Muscle by visiting to Rare Earths Hub, mining sites and plants frequently.

But why are rare earths so important? Rare earths, a set of 17 nearly indistinguishable lustrous silvery-white soft heavy metals, are present in almost everything we use from processors to advanced alloys to electric vehicles to consumer electronics and industrial machinery. Moreover, they are extremely crucial for various weapon systems including missile navigation and sensor systems.

Therefore, China is fully aware of just how strategically important their position is. It has never shied away from using mercenary tactics to make others tow the line. With financial and ecological subsidies, the Chinese REE industry was successful in knocking down the global prices and forced the closure of several mines across the world including the Mountain Pass in the United States. Now reports suggest that the ministry of industry and information technology of China is finetuning a rare earth weaponisation strategy.

For the sceptic conventionalists, it would be hard to believe that this is anything more than an idle threat, but it indeed is. One only needs to be reminded of the Senkaku showdown with Japan in 2010. China (which then controlled 97 per cent of the market) imposed export quotas on rare earths and stopped all supplies to Japan, as a result of which most of the prices of RE metals and oxides experienced a thousand per cent increase. Within two months the Japanese electronics industry was brought to its knees and a Japanese delegation had to be dispatched to Beijing.

While China has about 36 per cent of the world REE deposits, and other countries including Brazil, Russia and Myanmar also have significant rare earth deposits, it would be difficult to decouple from its dependence in the short term. The US relies on China for 80 per cent of its rare earth needs while EU gets 98 per cent of its supply from China. This, combined with the growing Chinese assertion in the Indian Ocean Region (an area rich in rare earth deposits) where the state-backed Chinese “private” firms have been actively securing mineral sand mining concessions, places a very real threat against the Chinese dominated global supply chain.

Coming back home, India, which has the fifth largest deposits of REEs in the world, imports much of its goods from China. Our production capacity is severely limited. In fact, despite having more ore than the US, India only mined 3,000 tonnes of rare earths in 2020 while the western nation mined 38,000 tonnes.

Additionally, whatever little REE we produce falls very low in the value chain as we mostly do upstream processing (extraction and purification). The most profitable activities related to rare earths, happen in countries that have downstream industries that use them to manufacture profitable finished goods, such as consumer electronics. This becomes significant with the increasing risk of China restricting the exports of these products to India.

In the growing global consensus in favour of clean energy (which will require batteries with REEs as critical components) and demands for diversified supply chains for critical minerals, there is no better time for India to utilise its large deposits of rare earth elements.

For starters, as suggested by some thinktanks as well, we need to create a new department for rare earths (DRE), which would play the role of a regulator and enabler for businesses in this space. Currently, mining and processing has been largely concentrated in the hands of IREL (India) Limited, a PSU under the department of atomic energy. Its progress and capacity to produce rare earths, while growing slowly, is nowhere close to international REE conglomerates given that its principal focus is the production of raw materials such as thorium and uranium for India’s nuclear energy.

The DRE will then look at deregulation of this sector and will also promote R&D in the field. Its sole focus will be on ramping up India’s REE production and make India a part of the global supply chain. For this purpose supervision of IREL should also be shifted from the department of atomic energy (DEA) to the DRE, and its primary remit needs to change from atomic minerals to rare earths.

There is also a need to look at introducing more players in the value chain and opening it up for investments. While private investments alone may not be able to suffice the upstream processing which require an enormous amount of capital investment and government financing. It is the downstream processes where a public-private approach can help attract investment and purchasers as more efficient processes are put in place.

Secondly, we need to counter the tactics used by Beijing to prevent any non-Chinese mining to attain feasibility. The indirect ecological subsidies of the Chinese state can only be matched if REE can be recovered as a by-product of an industrial activity. The largest such global opportunity exists in the Indian Ocean Region. Geologically the entire region around the IOR is rich in REE formed by millions of years of natural concentrating process. Producing REE from these mineral sands is cheap, as it comes as a by-product of industrial mineral mining and can easily compete with the subsidised Chinese REE production, even without any major subsidy.

Third, and most importantly we need to get QUAD on board. The US-China geopolitical rivalry followed by the global pandemic has ensured that supply-side shocks to the system cannot be ruled out. The QUAD nations need to devise strategies to blunt the effectiveness of coercive Chinese economic policies. If they can collaborate all along the chain, from production to consumption, their influence in the critical sector will rise.

India needs to act quick and it needs to act fast before it misses the bus. We scramble to look overseas even with 6.9 million tonnes of rare earth metals. There is a need to develop a long term strategic vision for REEs, and a good starting point would be to look at it from Deng Xiaoping’s eyes, who in 1992 famously said, “the Middle East has oil; China has rare earths”.