Given the buzz surrounding his appointment, he may well outshine the Cabinet secretary during his new two-year tenure 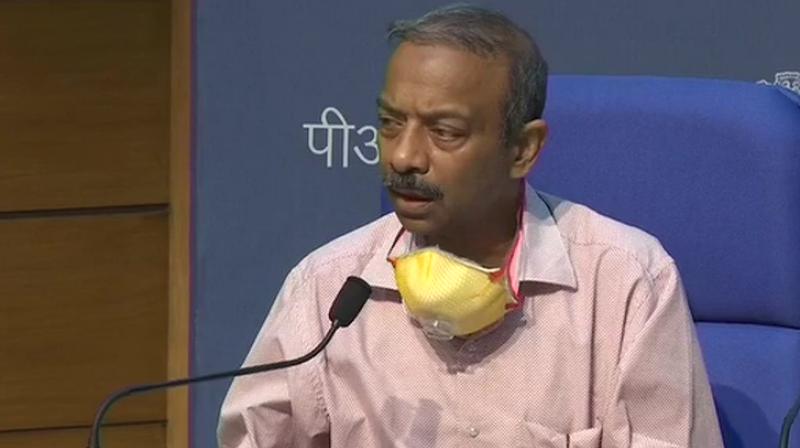 While the high-flying Mr Khare did not superannuate as a Cabinet secretary as some had expected given his stellar track record, he still retains key to the mighty PMO. (Twitter)

Cautious but gets the job done”, is what one senior colleague says of him. Most observers agree that this one vital trait has helped Amit Khare rise to the Prime Minister’s Office (PMO) as his new advisor. This, and the fact that he has steered two of the NDA government’s flagship policies — National Education Policy and the IT Rules — explain why the 1985-batch IAS officer from the Jharkhand cadre who retired last month, is seen as among the handful of babus considered indispensable by the NDA government.

So, while the high-flying Mr Khare did not superannuate as a Cabinet secretary as some had expected given his stellar track record, he still retains key to the mighty PMO. And given the buzz surrounding his appointment, he may well outshine the Cabinet secretary during his new two-year tenure and may well become principal secretary to PM. Don’t forget though that Rajiv Gauba himself had handpicked him for earlier stints.

Though he has always enjoyed the confidence of his political masters, even in the UPA years, his real stellar rise in the current government may be traced to his days as secretary for information and broadcasting, where he swiftly earned Narendra Modi’s attention and was made responsible for all communication strategies. It also gave him better access to the PMO. He will need all these formidable skills to steer the government through key state elections next year as also the lingering post-Covid scenario.

Last month (September 22) this column had reported about the babu shortage at the Centre, with multiple secretary-level vacancies, including in the Prime Minister’s Office (PMO) even as several eligible officers are still waiting to be summoned for these vacant slots. But the recent and long-awaited empanelment of 12 IAS officers from the 1985 and 1987-89 batches and 27 IAS officers of the 1990 batch is a clear sign that the government is now planning to fill some of the current vacancies as well those that will arise in the next few months due to the retirement of some babus. Babu observers have been quick to note that only one Gujarat cadre officer is in the list. Curious, since this state’s cadre usually holds a special place in the NDA government.

At present several secretary-level posts are vacant in the steel, drinking water and sanitation ministries and the department of border management, among others, are vacant. This situation also prevails in the department of biotechnology and the department of science and technology, though these two posts are usually earmarked for scientists. Also, there are several babus lined up for retirement. In the coming weeks, secretary-level vacancies will come up in the ministries of petroleum and natural gas, housing and urban affairs and environment, forests and climate change. For instance, Tarun Kapoor will retire as petroleum secretary next month while Rameshwar Prasad Gupta will retire as environment secretary in December.

With such critical posts vacant or soon to be vacated, the decisions have to be taken sooner than later. The latest round of empanelment has now opened the avenues for the government to start making secretary-level appointments.

IFoS officers trigger a rumble in the jungle

A piquant situation has developed in Karnataka where several Indian Forest Service (IFoS) cadre posts are filled with non-cadre officers. B.K. Singh, a former principal chief conservator of forests, says that the trend has only become more pronounced over the years, irrespective of which party is in government in the state. IFS officers now tend to get posted outside the forest department, which is severely impacting the conservation and development of forests. It is said that currently, more than 42 cadre posts are vacant across the state.

IFS officers are now being posted in the state tourism department, agriculture department and even disaster management, among others. Sources say that many of these appointments have been made without prior approval from the Central government. Though the forest services never complained initially, it’s now a rumble in the jungle.

But in the case of Karnataka, the government has allegedly contravened the IFoS cadre rules by appointing non-cadre officers to cadre posts, without approval from Delhi.