In Washington, the PM was persuaded that the decision to recognise the Polisario should be, well, delayed if not cancelled 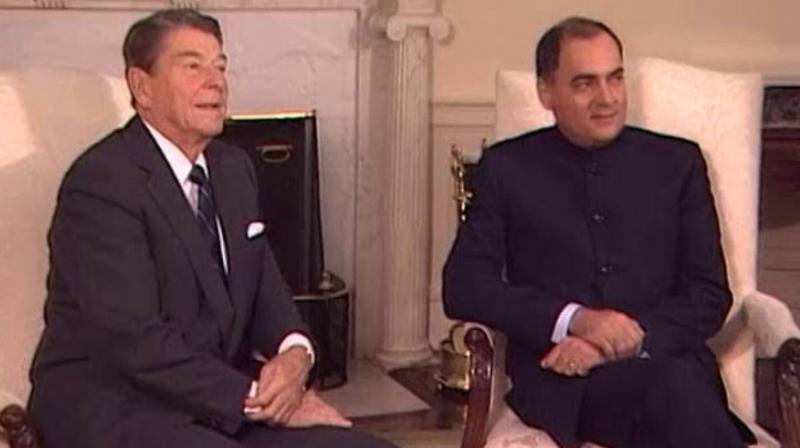 When The Economist devoted two pages to Western Sahara recently it revived memories of a visit to that remote territory. The story, from the beginning, has some pertinent points.

To restore balance, a meeting with US President Ronald Reagan was then arranged in Washington the very next month. On his way to Washington, the PM broke journey in Algeria for an “important” meeting with President Chadli Bendjedid, a great friend of Moscow during the Cold War. He prevailed upon Rajiv to recognise the Polisario, a Left-backed liberation movement fighting for the independence of Western Sahara. The movement had its headquarters in Tindouf, 2,000 miles to the southwest of Algiers, deep into the Sahara Desert. It was once Spanish Sahara, but after the death of dictator Francisco Franco in 1975, became a disputed territory between Morocco and Polisario, which had Algeria’s comprehensive backing. Indeed, the movement had other qualifications.

Its charismatic leader, Mohammad Abdelaziz, was not only a friend of Fidel Castro, but many members of his fighting force had been trained in Cuba. This concoction may have pleased his host in Moscow, but it might negatively affect hospitality in Washington, the destination Rajiv was headed for.

What should the PM do? He had already told Bendjedid about his decision to recognise Polisario. A delegation of Polisario notables had floated into the PM’s chamber and thanked him. India’s mbassador to Algeria K.V. Rajan, who had a hand in manufacturing the decision, was in the seventh heaven. He was the recipient of something no other ambassador in Algiers could boast of -- being kissed on both cheeks by an elated Bendjedid, in true Arab style.

The irony was that neither Rajiv nor anybody in his entourage, including his ambassador, had ever seen the territory coveted by the Polisario and more than half controlled by Morocco. What was being recognised?

As a freelance journalist in the PM’s entourage, I had a choice -- to continue the journey to Washington, from where everyone would file the same sanitised copy, or to break with the delegation and explore what it was that the Prime Minister had so impulsively accorded recognition to without weighing the pros and cons?
The next morning, I caught a flight to Tindouf and found myself confronting an unexpected spectacle. The capital of the Sahrawi Republic, or the Polisario Front, was rows upon rows of white tents, neatly arranged on two sides of boulevards, streets and alleys. I was lucky to find tented quarters in exquisite taste. An attached toilet was high luxury because all the citizens of the Sahrawi Republic, namely the tented city, went to the dunes for their ablutions. “Shams”, or the sun, reduced all nitrogenous matter to ash, which mingled with the sand. The recent climate summit in Glasgow would have found the Polisario’s toilet habits instructive.

Since I was the rare journalist who had demonstrated the curiosity to acquaint himself with the Sahrawi people’s struggle, I was pampered with another luxury -- a large drawing room decorated with sausage cushions carrying Sahrawi motifs. At the end of this hall sat an elegant woman, cross legged, holding high above her head a brass coffee maker with a pronounced snout, from which would pour out the thick, dark beverage in the smallest of cups. This ritual would continue intermittently until sun set when she would straighten herself, pick up her gun and walk out effortlessly, presumably for target practice or even a “night attack” across the desert right upto where Moroccan troops were dug in.

Parallel to this journalism in fairyland was progressing another drama in real time. In Washington, the PM was persuaded that the decision to recognise the Polisario should be, well, delayed if not cancelled. Here was a case of the PM’s advisers trying to lock up the stable after the horse had bolted. The foreign secretary was calling up ambassador Rajan. The delegation was returning home from Washington. “Please hold your horses”, pleaded the foreign secretary. “There has been a change of heart on the Polisario.”

Which horses could Rajan hold? They had left the paddock. Bendjedid was alternately congratulating himself and Rajan. Drooling with sincerity, Bendjedid had wetted both of Rajan’s cheeks with kisses.

The news of the Polisario recognition reached Rabat. King Mohammed V was hopping mad. He had to be mollified. Former foreign secretary M.K. Rasgotra flew to Rabat. In Washington, ambassador Shankar Bajpai, having been to the best school in the US, pulled out all his school ties to soften the Reagan White House.

Meanwhile, the Polisario, though short of cash, managed to furnish their embassy in New Delhi. Within a month of the embassy’s inauguration, a much-shaken Polisario representative, along with his colleague whom I had met in Algiers, came to me. “Your government is not talking to us.”

In the 1980s, the foreign office was divided in its leanings -- Moscow or Washington. The decision taken by Rajiv Gandhi would have registered positively with Moscow. That a decision, having been taken, was placed on the shelf of amnesia would have caused amusement in Washington. From 1985 to 1986, a lifeless embassy lingered. Only the 13-day government of Atal Behari Vajpayee relieved the Polisario of their pain. The embassy was closed.

What does this episode say about those who hovered around the PM as advisers, both official and unofficial? And what of Rajiv Gandhi?

Well… “Faults he had some, for who from faults is free?”