The government has been firefighting since FY 2019 using mostly Band-Aids of the cheapest kinds. 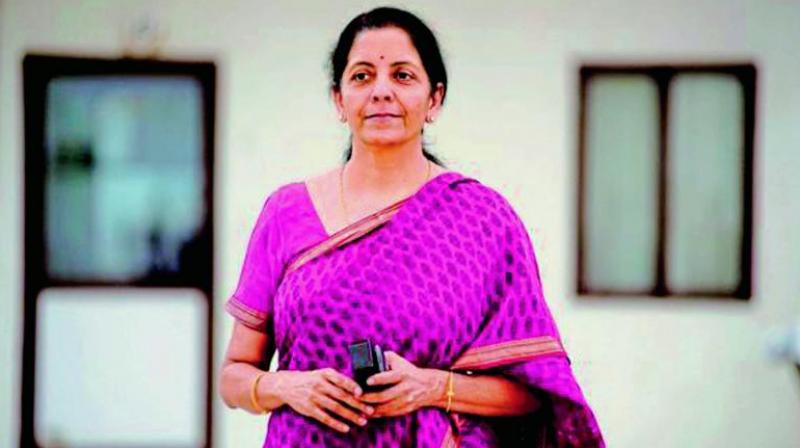 The sad truth is that global economic stability and growth, including for India, now depend on the unstable predilections of a global party-pooper, who is the President of the United States till at least the third quarter of FY 2021. The International Monetary Fund has said as much, albeit in “diplomatese” — not surprising as the United States remains its major shareholder.

This is not to say we have not had problems at home since the end of FY 2018. First the illness and then the tragic demise of one of the BJP’s tallest economic assets — the suave, Lutyens-friendly Arun Jaitley — hit the government hard as officialdom quickly disintegrated into chaos in the absence of skilled political economic leadership.

The government has been firefighting since FY 2019 using mostly Band-Aids of the cheapest kinds. This is fine for temporary spells of uncertainty or instability. But to reverse a three-year-long slowdown requires something more than big ideas unsupported by implementation capacity and undermined by worsened political adventurism in the garb of economic policy.

So what must the Union Cabinet ponder on and resolve?
First, a finance minister simply cannot function with less operational freedom and discretion that any of our six Army commanders. Make no mistake. We have been in a losing economic war since FY 2018.

When desk-bound New Delhi-based generals have not listened to Army commanders in the past, the results have been dire, like our rout in 1962 after a short skirmish with China. Diffident decentralisation of authority partly explains our recent inability to respond appropriately to the economic stress we have been exposed to.

The political-economy instincts of Piyush Goyal are sound and becoming better by the day. He had no option but to present the FY 2020 Budget proposals in February last, appropriately retaining the “virtual slippers” of the absent Arun Jaitley on the FM’s chair, as Bharat did during the absence of Lord Ram.

Similarly, Nirmala Sitharaman, who followed Piyush Goyal, has the makings of a fine FM. But being junior in the BJP hierarchy, she is constrained from charting an independent, cohesive path for growth with stability.

The result is that “brave” targets — think a $5 trillion economy by 2024 or doubling of farmers’ incomes; systematically important schemes — think PM Kisan Samman for transfer of direct benefits, “More crop per drop” or “liberalising agriculture” from domestic market and export restraints, have failed to take root.

Well-intentioned executive action — think ending corruption, controlling tax terrorism, reducing subsidies to PSUs or deep reform of public sector banks and systematically important insurance and pension funds — have got diluted during implementation possibly due to the influence of pressure groups. Only the Prime Minister can stem this rot.

Second, dealing with a fiscal crisis requires a focused and funded agenda to unlock economic potential in the near term. Nothing we have heard publicly, thus far, convinces us that the government is even near a “magic bullet” for FY 2021.

A mish mash of “Band-Aid” type solutions exist or are hinted at — deep corporate tax cuts but with no matching tax cuts for individuals or rationalisation of GST rates. Both force small business to opt for hara-kiri because of the very high tax threshold preventing them from joining the formal tax-compliant economy.

Enhanced outlays on “prestige” projects, disguised as infra spend — statues, grand new government offices and more museums, as paens to our past glories — ignore the reality that the real value of infra spend comes from the stream of future additional annual economic value as happens when a bridge is built over a congested river crossing.

Fiscal firefighting like slashing spend in the last quarter to 25 per cent of the Budget or asking the RBI to again fork out 40 per cent more than the budgeted `1 trillion is unavoidable.

A continued allegiance to “fetishes” like fiscal deficit being reduced to two per cent of GDP as a performance metric from the Jaitley years reflects moribund reflexes.

Rectitude, fiscal or otherwise, is a good thing. But even the most prudent athlete takes permissible performance enhancing drugs if he/she is feeling down. The ongoing demand recession is an outcome of the slowdown caused by the big disruption by ex-RBI governor Raghuram Rajan in the chummy way business was done, leading the switch to responsible bank lending, uniform norms for recognition of financial stress and recovery of bank funds through foreclosure of debt-ridden corporations.

Fiscal loosening is necessary to transfer income to the common man to substitute for lost income, lost jobs or lower business returns. Unlike the rich who tend to save during windfalls — the richest expatriate these to safe havens overseas — the poor consume windfall income thereby aiding in reviving demand.

The fiscal cost can be reduced by combining it with ending the direct subsidy to the fertiliser industry, ending subsidy on cooking gas and the wasteful food procurement and supply programme — which cost around `3 trillion, or 1.5 per cent of the GDP. Cost-based tariffs for irrigation and electricity supply can recover another 0.5 per cent of GDP wasted by state governments on subsidising these production inputs.

Organised industry and big farmers — the major recipients of direct and indirect subsidies — have grown fat at the expense of the government treasury in the name of the poor. Transferring money directly to the poor will be more sustainable, more efficient and carbon footprint sensitive because it will decrease fertiliser, water and electricity consumption without loss of productivity due to the price incentive to conserve.

The government must become a transparently, financially prudent investor and junk infrastructure projects with low social returns. Are social returns even calculated today? And if so, by whom? And why is this data not available to the public?

Winning an economic war is all about operational smarts and not high intellect. But just good intentions are never enough. Without any demonstrated commitment to allocate public capital in an economically moral manner, dwindling political gains can be expected.