Shreya Sen-Handley | The good, bad and ugly of midlife blips

Shreya Sen-Handley
Shreya Sen-Handley is the author of the award-winning Memoirs of My Body, short story collection Strange: Stories, and a forthcoming book of travel misadventures Handle With Care. Her Twitter and Insta handle is @shreyasenhan.

With never enough money to research ‘women’s troubles’, this island of no-return is relatively unexplored yet 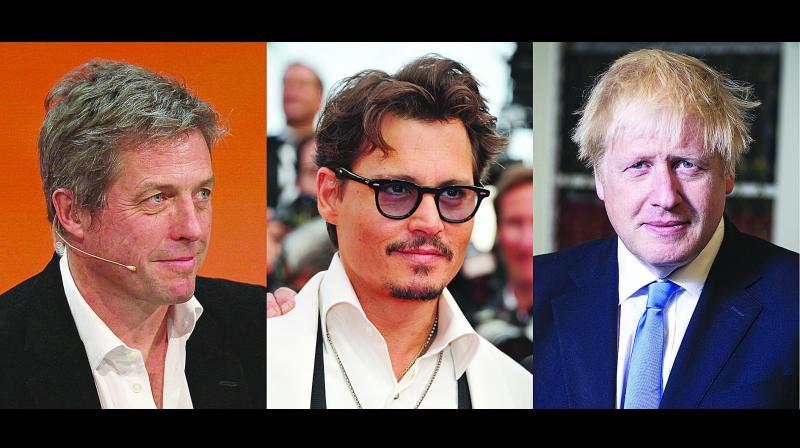 Strictly speaking then, what afflicts men in midlife isn’t menopause. Instead, they are men-who-pause. Pause in their middle years to upturn their lives. For better or worse. (Image by Arrangement)

Who wants to discuss menopause?

Not you, right? Unsurprising as it’s not a sexy subject. Quite the opposite in fact, based on how unfrisky I feel these days as I sail towards that mysterious menopausal state. With never enough money to research ‘women’s troubles’, this island of no-return is relatively unexplored yet. So, all I have is the inkling of an impending sea-change, and murky tales from reticent older friends.

But I can hazard a guess that when neither Tom Hardy nor Tom Hiddleston spouting love poetry on YouTube has one hot under the collar, it is indeed The End. The End of fertility and its attendant hormonal hurricanes (aka. romantic impulses, which, whilst mostly inconvenient, were kinda fun every now and then).

Nowadays, my hot flushes come from entanglements with menopause rather than men. In the midst of this frigid winter, I could be sitting there shivering in several layers one minute, and desperately throwing off my clothes the next, having morphed into a perambulating, cantankerously muttering oven. Not because of a sudden sirocco in the homestead, illness-induced rising body temperatures, or any form of excitement, but out of thin air. And thinning oestrogen.

Yet, this incongruous roasting-on-the-outside-but-icy-on-the-inside sensation is the least of my near-menopausal problems. Other more troubling conditions manifest often.

My ovaries are completely out of whack of course, causing discomfort, even intense pain. My anxiety, too, has gone through the roof, filling every hour, asleep or awake, with stress. But more baffling still is my sporadic voice loss. Out of the blue, my voice frays and disappears. Which, fortunately, hasn’t happened during one of my speaking engagements, but it could! This raised the big C alarm and I was sent to experts. After testing my blood and shoving cameras down my throat, they came to the conclusion that it was just another delightful fallout of approaching menopause.

But why should the maladies of middle-aged women matter to you?

Because nobody’s exempt from menopausal hiccoughs. Not younger women, who will sadly fall prey with time, nor indeed men. In men, too, this midlife crisis affects every part; body, mind, and lifestyle, although it isn’t often caused by testosterone decline. Only two per cent of men are affected by a hormonal slump, which only dips two per cent (curiously again) per annum from their 30th year.

Strictly speaking then, what afflicts men in midlife isn’t menopause. Instead, they are men-who-pause. Pause in their middle years to upturn their lives. For better or worse.

Johnny Depp’s gotta be the midlife-crisis poster boy for leaving his children and long-term partner for a woman young enough to be his daughter, then getting embroiled in a nasty domestic abuse scandal with the latter. As his career slid down the pan, snaps of his battered new partner and yarns of their yucky habit of defecating on furniture smeared the papers.

Yet, for every Johnny, there’s a Hugh Grant, who, in recent years, has shown us how to gracefully outlast past scandals: with self-deprecating humour and liberal political impetus. Besides unexpectedly proving himself to be something of a thespian, and even a responsible father, he challenged the sleazy British tabloids in court and won! Should he stand for British prime minister, I won’t be the only one rooting for him over BoJo and Rishi Sunak.

So, despite the unanticipated turmoil in our bodies and brains as we hit midlife, menopause does also confer blessings in disguise. Did I tell you that alongside my fecundity and voice, I’m also losing my hearing? The best thing about it is that I can no longer hear stage-whispered jibes, or the swish of a stab in the back.

Sure, it’s irksome to have to crank the TV or radio up to max, and constantly ask peeps to repeat themselves. But they (hot flushes, speech and hearing lapses, et al) are tiny trade-offs for this newfound blissful ignorance, and the erratic, ecstatic outbreaks of impropriety that impels!

Sitting in the foyer of a fashionable London restaurant last month, whilst waiting for a table with an older female friend from Bangalore, we realised that not only did our age and gender made us invisible, but our many requests and much-in-advance booking would not get us a table. So, we started discussing our morphing, menopausal nether regions. With each table given to customers who had arrived after us, we gleefully cranked up our volume. The staff within earshot first raised their eyebrows, then looked daggers at us, and then, accepting that they couldn’t shut us up, hurried us to a well-hidden table! Upon which, two Indian ‘crones’ cackled over a long and delicious lunch on a mellow English afternoon.

I’m convinced that the earth too is going through a form of menopause. Not as part of any natural cycle, but inflicted by humanity of course. Nevertheless, it displays all the symptoms of midlife turmoil. The surface heating up, its abundance dying down, and this pandemic backlash against its tormentors.

What it needs to heal is respect, patience, and plenty of space. Away from rapacious humans like Bezos and Musk who, having reduced our world to its current ravaged state, are now ruling it out as their home for the future, as they put all their bloated might behind their space race. Let’s ask their ilk nicely, I suggest, to vacate our wonderful world, and give it the room and time it requires to recover and regenerate. I speak from experience.