A lockdown love letter to my beautiful planet

This time when I self-isolate, it will be for a better tomorrow. 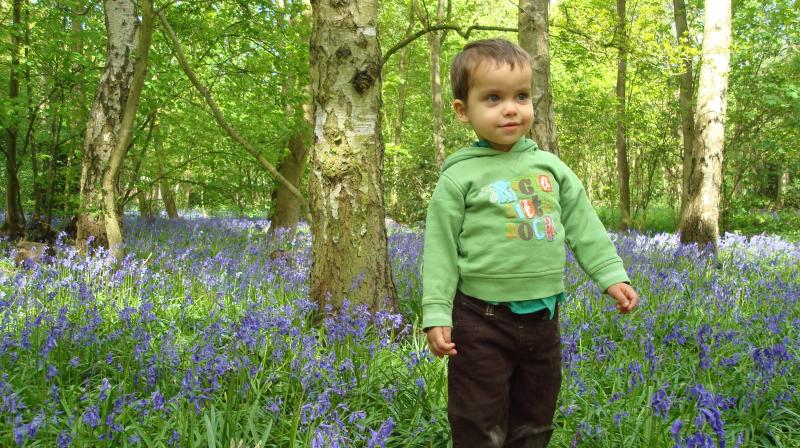 I will get my hands in the soil and nose in flour, my fingers inky with new writing and missives to the elderly and my eyes set firmly on the beautiful four who are my world.

Let me count the ways I love thee…  In Sherwood Forest in England, we are not in full lockdown mode yet but will be soon. About to go into hiding like Robin Hood’s Merry Men, I would’ve said, but that could be misconstrued as making light of this global tragedy. But Robin Hood, remember, went underground to emerge a beacon of hope as twin scourges swept his world; the Black Death, and the corruption embodied by the Sheriff of Nottingham. Not so different from our lives now. So, making light is essential, but in the sense of keeping the fires burning.

Today I walked my children one last time to their school, finally closing after every other around the world had shut, because of the British government’s misguided plan to inject the population with “herd immunity” by exposing our children to a virus without a cure. Like misinformed war-era parents sending their kids to chicken-pox parties in the hope they become immune! That’s not how infection works. But it is a war we find ourselves in, between humans and a panic-fuelled force of nature. A war without sound and fury — as long as you stay off social media. I do. I write, and I walk.

Ironically, with barely a car on the road, the walk is lovelier than it has been in a long while. A crisply cold morning, clear to the tree-fringed horizon, there isn’t a smidgeon of smog, mud-churned car track, or plastic waste trail. Just birdsong in the whispering leaves. And, with only the occasional child and parent reluctantly meandering to school, the chatter of rodents out in force, emboldened by their tormentor’s near-disappearance. Darting up to us daringly, they are staking their claim to the world we took away. As we take the last leaf-lined turn to school, I tell my kids about my childhood ambles round Kolkata’s Dhakuria Lake with my great-grandfather, holding on to his index finger against the buffeting of a wily winter wind. Something about the sunlight winking through the trees this morning reminds me of those, more innocent, times, and I’m tempted to breathe it in gratefully. But I’m forestalled by the vigilant voice in my head- the virus can be airborne, surviving several hours.

Returning home half-an-hour later, I waft into a world of working-from-home husbands and their fragrant baking bread. My toffee-haired Englishman, with chapatti flour to his elbows in the kitchen, looks up and beams. There is still love and (seemingly) fresh air, but no loaves of bread at supermarkets. And now, as others get wind of those of us baking our own, the flour is evaporating from shelves too. Chapatti flour is crumbly and not the best for baking loaves but there is something deliciously devil-may-care about this fusion. As there is in making spaghetti from sweet potatoes, or soya-milk Thai curry, because there is neither packet pasta nor milk to be found in stores anymore. When the soap runs out however, we’ll be in a lather, because the one time I made soap in school, I got the acid-alkali balance so wrong, I singed my fingers. But balance was never my forte and getting burned nothing new.

It’s a slow, pleasant burn I aspire to this time, working on our forest garden in the mellow English sun. Spring is coming whether Corona likes it or not, and soon there’ll be ripening tomatoes climbing the trellis on our lawn, and chillis blazing brighter than the scarlet pots in which they were born. The strawberries will strive to outdo them both, of course, in lusciously reaching for the sun. Last year we finally developed green thumbs and got it all to blossom before our dog chomped them straight off their stalks. This year we hope to bring them in. It won’t be long either before trails of woodland nuts lead from our patch to the walnut copse. From its secret pond last summer, our little boy caught 35 shimmering fish which he conscientiously threw back. While it’s highly unlikely our homegrown meals will ever extend to fish from the emerald bog (because it is a bog and not because we don’t eat fish, half-Bengali folk that we are), it is reassuring to know that a return to nature will keep the wolf from our self-employed door, should it ever come to that.

It will be a gilded cage. Yet the cage I’m most wary of is not our tree-smothered home, but my mind. I suffer from severe anxiety that can spiral into deep depression, following a trajectory of desolation (even in a crowd), falling in with the wrong crowd, who then take advantage, destroying both my perspective and peace of mind. I walked this familiar, fraught path through my violent first marriage, and then again after a miscarriage eight summers ago, when I first got on social media and in with the shady sort. This time when I self-isolate, it will be for a better tomorrow. I will get my hands in the soil and nose in flour, my fingers inky with new writing and missives to the elderly far-flung (my parents amongst them), and my eyes set firmly on the beautiful four who are my world.

Because the earth has been upended and toxic patterns must be shunned.

“Could thou and I with fate conspire
To grasp this sorry scheme of things entire,
Would not we shatter it to bits — and then
Remould it nearer to the heart’s desire?”