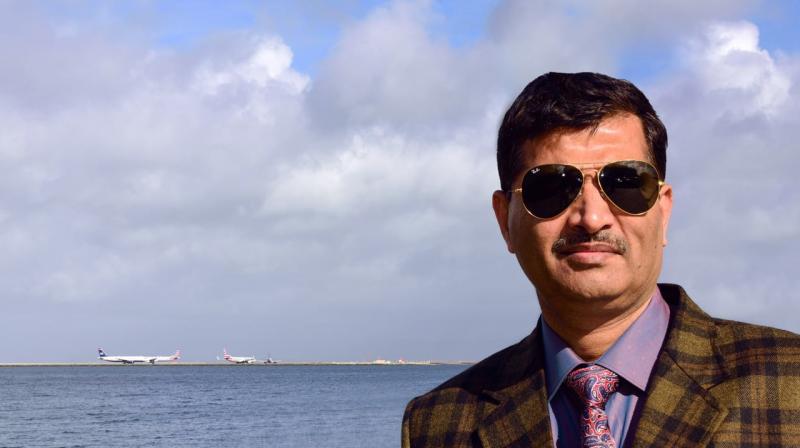 He may have left behind a mixed legacy at Air India, but Ashwani Lohani is clearly a babu in demand. After being at the helm of the troubled carrier twice, and having been chairman of the Railway Board, amongst his other accomplishments, some thought that Lohani’s successful run as a bureaucrat was over.

But the Jagan Mohan Reddy government in Andhra Pradesh has now appointed him chairman of the Andhra Pradesh Tourism Development Corporation, with the rank of a Cabinet minister!

It is Lohani’s two stints at Air India that brought him most attention, especially since he had no previous background in aviation, having been an officer of the Indian Railway Service of Mechanical Engineers.

At Air India, he smoothed the ruffled feathers of disgruntled employees, and expanded and repositioned the airline. His legacy would have endured had he stayed on to oversee its privatisation and ensured a smooth transition.

But clearly, his administrative skills have endeared him to the Andhra chief minister. He is expected to harness the tourism potential of the state. He also happens to be the second former babu brought in from Delhi to the state, after former finance secretary Subhash Chandra Garg. Of course, this is a matter of consternation to those ruling the roost locally.

However, no one seems to know the reason behind this drastic dip in promotions. According to sources, Department of Personnel and Training (DoPT) officials say that the reduction could be the result of ongoing court cases, fewer retirements, etc., but these reasons are insufficient. Especially when we consider another fact: there are a massive number of vacancies in the Centre.

One reason for this, it is being said, is that promotions from deputy secretary to secretary are made by committees and selection panels. If there are delays in the meetings of these committees, obviously no promotions can be made. Whatever it is, it is indeed a confusing situation.

Bureaucrats, by definition, are meant to follow rules and make others follow them too. But not here, not even when the entire country is locked down and is making a valiant effort to fight the Covid-19 outbreak which is spreading and has claimed several lives. While the government is strictly enforcing quarantine, social distancing and other methods to check the spread of the epidemic, some babus are still bending the rules to accommodate the wishes of some 'VIPs' and their ilk.

Those in the know cite the recent example of a big business family in Mumbai who arrived at the airport from the UK, were received on the tarmac and promptly whisked away to their home forgoing the mandatory routine for all passengers who arrive in the country from abroad. Then a relative of a former minister was seen meeting a foreign emissary at the airport, flouting all rules.

But in terms of sheer officious callousness and stupidity, this has to be it. West Bengal’s first confirmed case of Covid-19 has forced senior officials to go into self-quarantine. Apparently, the son of a senior official in the state Home department returned from London, but the youth's mother, a West Bengal civil service officer promoted to the Indian Administrative Service, still chose to attend office, meet top officials, and go to meetings while her son didn’t appear for tests, and rather chose to skip them, until much later when the suspicion was confirmed.

This reckless behaviour has now placed top bureaucrats — including the director-general of police, the home secretary, and some other senior IPS and IAS officers — in isolation, at a time when all hands are required on deck to fight the virus that threatens us all.