Many Jewish fundamentalists share the evangelicals’ beliefs — up to a point. 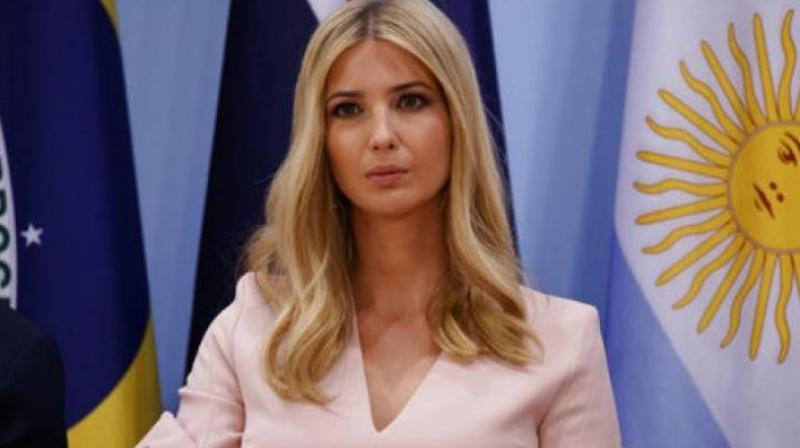 Who’s afraid of a little Armageddon? Certainly not evangelical US pastors Robert Jeffress and Robert Hagee, both of whom spoke at the inauguration of the US embassy in Jerusalem.

It was a glittering affair, graced as it was by the presence of First Daughter Ivanka Trump and her husband, the so-called “Clown Prince” Jared Kushner. Guests were treated to hors d’oeuvres with a side of ritual human sacrifice as dozens of Palestinians were mowed down by Israeli snipers exercising the restraint and decorum we have come to expect from the “most moral Army” of the “Middle East’s only democracy”.

But it wasn’t democracy that brought the preachers to the yard, nor was it any kind of love for the Jewish people. Jeffress, for example, is on record as having said that “Jews cannot be saved” (and are thus destined for hell) and that Hitler was a “hunter” sent by God to usher the Jews to the Promised Land — in short, someone Jews should in fact be grateful for, in the larger picture.

At the ceremony, Jeffress called the inauguration “a historic moment because it represents the United States recognising Jerusalem as the capital of Israel, something that the Bible and secular history have told us for 3,000 years”.

Well before he had even been invited, Jeffress had called Jerusalem “the touchstone of prophecy”. Prophecy: that’s the key to reconciling any contradiction there may be in Jeffress’ views on Jews and his unstinting support for Israel. Hagee spelled it out even more clearly, saying, “(shifting the embassy) is a fulfilment of the biblical position in the Torah, where God promises… He will make Israel the head of the nations, and that towards the end of days, Jerusalem and Israel will be the epicentre of everything that’s going to happen”.

End of Days: those three words sum up the attachment that these preachers and countless others like them have with Israel; they truly believe that the shifting of the US embassy to Jerusalem will set into motion a series of prophesised events eventually leading to the trials of the Tribulation (a period where the antichrist will rule the world), which will be followed by the Rapture (in which all believing Christians will be raised to the heavens, and which will eventually lead to the battle of Armageddon and the establishment of the Kingdom of God on Earth.

Here’s the rough timeline: the Jews return to Israel, the Temple of Solomon is rebuilt (the Third Temple, to be exact) and then, and only then, does the Messiah return to lead the righteous in the final war against the forces of Darkness.

What the preachers believe, the flock does too: in a poll conducted last year, 80 per cent of US evangelical voters said they believed God had granted the entirety of the Holy Land (which comprises areas beyond the current political boundaries of Israel) to the Jewish people. A similar number evinced the belief that the creation of Israel was the fulfilment of biblical prophecy, and would hasten the Second Coming of Christ. It follows logically, that a similar majority also said that their political support for Israel was based on this very belief, and — in a more recent poll — the overwhelming majority also supported the embassy move.

Unsurprisingly, evangelicals are also hardcore Trump supporters, and he enjoys a 75 per cent favourability rating among that group, as opposed to about 42 per cent in the general population. Evangelicals also tend to be highly motivated voters and political workers and are considered a crucial vote bank in certain states.

Many Jewish fundamentalists share the evangelicals’ beliefs — up to a point. Asaf Fried, spokesman for the United Temple Movement, hailed Trump as a “special and holy” man whose actions were “guided by God” and were “an enormous step (towards) bringing the temple”. As far as the Return and Rebuilding go, the evangelicals are on the same page as Fried and his many supporters: both are waiting on a messiah, but after that all bets are off, as one creed’s Holy Warriors are the others’ Wretched Unbelievers. Until then, they’re the best of buds.

An excellent example of this covenant of convenience can be found in the person of the US ambassador to Israel, David Friedman — the man who invited Jeffress to speak at the ceremony. Friedman was recently pictured smiling broadly while posing with a picture of Jerusalem with the Dome of the Rock mosque photo-shopped and replaced by the Third Temple (the Dome of the Rock would have to be pulled down in order for the temple to be rebuilt), and when called out on it, claimed it was an error and that he was “as mortified by it as any Palestinian”. That’s cute coming from a man who staunchly defends Israeli settlements and has personally raised millions for radical West Bank Jewish settlers. All’s fair, after all, when it comes to love and holy war.