Like good wine, protocol often sets the mood and creates the right atmospherics for the serious diplomatic business that is being conducted 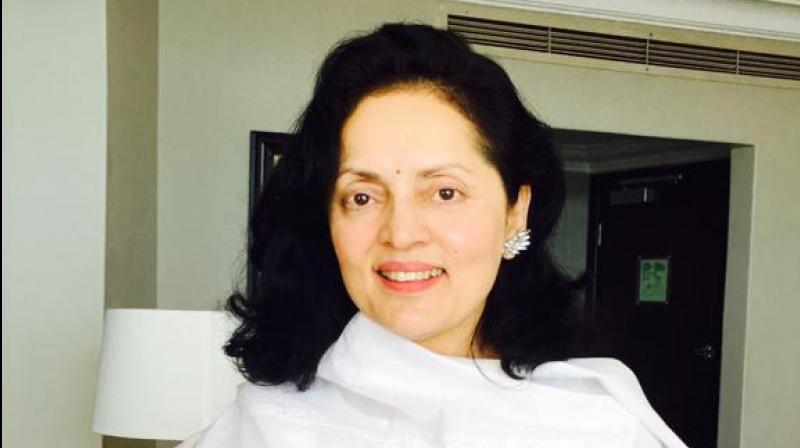 India’s representative to Bhutan, Ruchira Kamboj, is on her way to the United Nations to succeed T.S. Tirumurti as India’s new permanent representative. An Indian Foreign Service (IFS) officer from the 1987 batch, Ms Kamboj has a lot of expertise with political problems, maintaining peace, and handling crises. Besides, she will be returning to a place she is familiar with because previously in her career, she was assigned to India’s Permanent Mission to the UN.

While most diplomats usually work behind the scenes, as India’s Chief Protocol Officer — another first as she is the first Indian woman to occupy the position — Ms Kamboj had attracted public attention in a way that most diplomats don’t, during the swearing-in ceremony of Prime Minister Narendra Modi in 2014, where several heads of state from SAARC nations and Mauritius were present.

Protocol, as insiders point out, is a frontline tool of diplomacy — and much more than welcoming foreign dignitaries and showing them around. It is the key to effective diplomacy — and not to be confused with grandeur, pomp and ceremony. There is relentless hard work behind the glitter. Like good wine, protocol often sets the mood and creates the right atmospherics for the serious diplomatic business that is being conducted.

In this sense, Ruchira Kamboj is at a decided advantage at the UN as India’s ambassador, having met most global leaders when they visited India during her days as protocol in charge. Her new assignment will, of course, require more than a genteel formality and diplomatic etiquette. But, by all indications, she is prepared to be India’s voice on the world’s biggest diplomatic stage.

In one of his first significant decisions since taking over, the new lieutenant governor of Delhi, Vinai Kumar Saxena, has ordered the suspension of P.C. Thakur, deputy secretary in chief minister Arvind Kejriwal’s office, and two SDMs Harshit Jain and Devender Sharma over corruption charges. Sources have informed DKB that disciplinary proceedings have been initiated against the DANICS officers.

However, there are even bigger changes being effected in the Delhi government, which will likely impact 60-70 per cent of Delhi Administrative Subordinate Services (DASS) officers. According to sources, chief secretary Naresh Kumar has reportedly asked the heads of departments to prepare a list of DASS officers posted in a department for several years and transfer them. This decision comes days after the Delhi government transferred over 40 IAS and DANICS officers.

What’s behind this major revamp? It seems that 70 per cent of officials have been serving in the same department for over five years. The guidelines of the Central Vigilance Commission (CVC) state that officials on key posts should be moved every three years while others should be transferred after five years in a post.

However, given the sheer numbers involved, sources have told DKB that the transfers will likely be done in phases to avoid large-scale disruption of work.

R. Jaya, additional secretary, ministry of tribal affairs, will continue to hold additional charge of the Tribal Cooperative Marketing Development Federation of India Ltd (TRIFED) despite the unanimous decision of the Board of Directors of TRIFED to discontinue her services. This unanimous stance was conveyed to secretary of tribal affairs Anil Kumar Jha by the TRIFED chairperson, Ramsingh Rathwa.

But, to the surprise of many who expected Jaya to be divested of her additional charge, the ministry has ignored the Board’s drastic decision and chosen to stand firmly behind the babu. It has been made clear that Ms Jaya will continue in this additional charge until a regular official is appointed.

The ministry’s stance should be shot in the arm for Ms Jaya, whose position had become shaky after the Board stated that it did not wish to continue with her as its managing director, after her alleged non-cooperation in implementing the Board’s decisions.

While the ministry has decided to stick with Ms Jaya, for the moment, it does make some observers wonder how it will work out for her as she will have to continue working with the TRIFED directors, who have already made their stance clear. It’s not going to be smooth sailing, for sure.