Opinion   Columnists  29 Aug 2019  After US exit, Afghanistan to be fertile land for ISIS’ entry
Opinion, Columnists

After US exit, Afghanistan to be fertile land for ISIS’ entry

ISIS exploits political gaps and vulnerable environments to entrench itself and rule through fear or a select few power brokers. 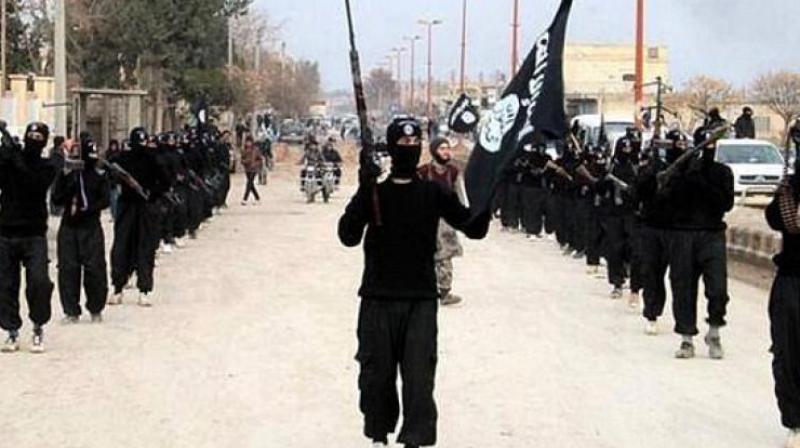 There is no denying that unlike Iraqis who may not have been as familiar with ISIS’s ruthless rule then, Afghans are well aware of the brutality it inspires. (Photo: Representational | AP)

The recent suicide attack on a wedding in Kabul generated much attention towards the fledgling Afghan peace talks that have gripped the attention of regional players and the imagination of the West. However, the attack itself, both on strategy and optics, reveals much more about the militant Islamic State (ISIS) group than has gained notice.

According to statistics made available by the UN Assistance Mission in Afghanistan, ISIS claimed 11 per cent of the 3,812 documented casualties in the first half of 2019. The Taliban, meanwhile, claimed 38 per cent.

Even though ISIS was at its peak in 2014, its ‘Khorasan chapter’ in Afghanistan and Pakistan never quite took off. While loyalties remain fluid in militancy, the group failed to gather much traction. What it did succeed in doing was to issue a call to young, radicalised youth in the West to participate in jihad and protect the ‘caliphate’, and, in return, garner international fame. Near 2016, that call for Iraq and Syria too died out as European countries and others bolstered border control measures, revamped advanced passenger information procedures and restructured criminal justice programmes to address the issue of returning fighters. Between 2016-18, ISIS-inspired lone-wolf attacks increased in Europe and the call to Libya also began dying out. Meanwhile, in South Asia, ISIS (increasingly desperate to regain strength) claimed numerous attacks including the July 2018 Mastung bombing that killed 149 people — the deadliest terrorist attack in Pakistan since the 2014 APS attack.

Having lost control in Iraq and Syria, unable to establish a stronghold in Libya and a steadily declining cadre of dispensable foreign fighters, ISIS has returned to a standard form of explicit savagery designed to garner media attention and shock the world — like a suicide attack on a wedding. Forced to adapt to physical and technological attacks, ISIS maintains a deeply decentralised and non-hierarchical structure, rendering any decapitation tactics to defeat the group useless. While operationally the group may be fluid and flexible, a self-professed caliphate ultimately must have land to gain any modicum of legitimacy. And territory is where the answer lies.

ISIS exploits political gaps and vulnerable environments to entrench itself and rule through fear or a select few power brokers. Afghanistan offers an opportunity in waiting. Two years ago, I interviewed scores of young men who had fled Mosul soon after ISIS took over. The narrative was mostly the same — a known militant group that promised security, economics and governance was accepted by the people even if it came at the cost of giving up freedom. A select few, mostly young men, were appointed to run the city’s affairs. There is no denying that unlike Iraqis who may not have been as familiar with ISIS’s ruthless rule then, Afghans are well aware of the brutality it inspires. However, propensity to violence feeds on vulnerability, exclusion and desperation — and all three appear to be present in bulk in Afghanistan.

Afghanistan is already a victim of a fragile political structure. Ongoing peace talks may usher in a new era, but not necessarily as peaceful or liberal as the Taliban claim it shall be. An election is likely to further complicate an already perilous situation. In the midst of all of this is a viscous ISIS on the run, eyeing contested territory, ready to sow chaos. Many in the Taliban’s lower and younger ranks have challenged authority and subsequently broken away. ISIS will step in to provide a ready and violent alternative; these fresh recruits would breathe new life into a group very much on the verge of demise. A hastily managed American withdrawal and a lack of capacity among Afghan security forces will provide a welcoming environment.

Peace processes as cohesive and inclusive as they initially set out to be can be hijacked by singular or dual key priorities — especially when two (or multiple) parties are long-time adversaries and almost always when security structures and concerns are on the table. More concessions are granted than needed and collaterals pile up quicker than anticipated. In a drive to achieve ‘lasting peace’, or so it seems, inadvertent tunnel visions are put in place.

In Afghanistan’s case, achieving a workable and accepted peace agreement is difficult but attainable. Ensuring a lasting peace without capacitating a government or security forces is challenging. Dangerous gaps in an already fragile environment will provide ISIS with the opening it desperately needs. If nothing else, it could rise as a ruthless opposition to the Taliban. And where the US sees success in roping in an adversary into a political process, it is forgetting what is almost always overlooked as part of 'ushering peace' in fragile contexts without adequate security and governance measures in place: There is a far greater menace in the waiting.