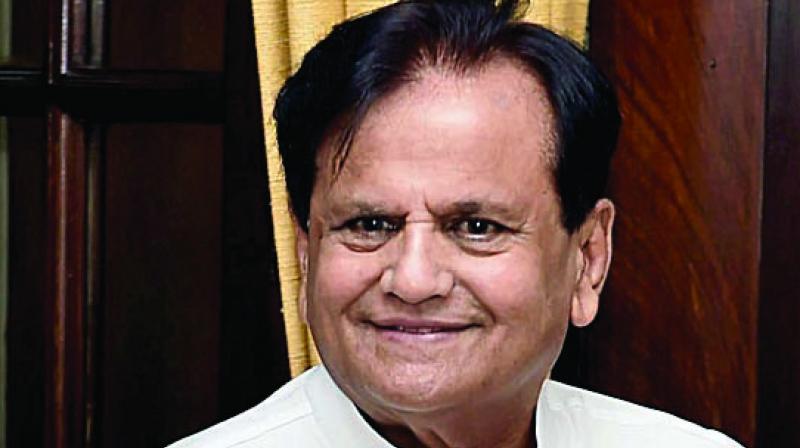 It’s 23 versus 23. On the face of it, the Congress power struggle is between the 23 dissenters and the Gandhis but a closer look would reveal something additional. Ghulam Nabi Azad, Kapil Sibal, Manish Tiwari and others have problems more with AICC treasurer Ahmed Patel than with Sonia or Rahul.

The grudge against otherwise affable Patel is that he is pushing his favourites at all levels of the Congress hierarchy. Since Patel’s residential address in New Delhi is 23, Mother Teresa Crescent, Congress insiders are dubbing the leadership challenge as 23 versus 23.

New kid on the block

The BJP’s nominee for a Uttar Pradesh Rajya Sabha seat, Zafar-ul Islam, has a past in the Congress. The BJP spokesman who got his nomination for the remaining term of the late Amar Singh from Uttar Pradesh [in Rajya Sabha bypolls, the ruling party gets the numerical strength] was a part of the Congress social media team till 2014.

Zafar, then an investment banker, had joined Deependra Singh Hooda’s team and functioned from 15, Gurudwara Rakabgunj Marg, when he became disillusioned with the grand old party. There has been no looking back since. It is a different matter that not everyone in the BJP is happy over the rise and rise of Zafar-ul Islam. Veteran Shahnawaz Hussain was a contender for the Upper House berth.

Call it a Covid-19 impact but in the coming Parliament session, Central Hall will be out of bounds for journalists and ex-MPs. The Lok Sabha Speaker has already constituted a panel to look into criteria for issuance of Central Hall passes.

Cynics believe by the time the panel submits its report there will be a new Parliament building in the central vista. The panel, headed by TV personality Rajat Sharma, has not been meeting as its chairman wants to discuss issues online while most members feel a physical, offline discussion would be suitable.

Emails are being exchanged to work out a consensus. Meanwhile, senior journalists who have passes in the Long and Distinguished (L&D) category are most exercised over the delay.

The Congress disquiet has rattled many, particularly the manner in which Ghulam Nabi Azad has turned dissident. Azad’s term is ending in early 2021 and there is no sign of renomination. At present Azad is the Leader of Opposition in the Rajya Sabha, enjoying the perks of a Union minister.

There is likelihood that Mallikarjun Kharge, who was the Congress leader in the Lok Sabha during 2014-2019, may get the job in the Upper House. Some Congress insiders see more in Azad’s defiance pointing that he has been the only former J&K chief minister who was not booked or detained under the Public Safety Act after the abrogation of Article 370.

There is also talk of misuse of the Jammu and Kashmir State Lands (Vesting of Ownership to the Occupants) Act, 2001, popularly known as the Roshni Act during Azad’s chief ministerial stint.

Investigations into the land transfers subsequently said to have found that land in Gulmarg and elsewhere in the valley had been given over to ineligible beneficiaries.

BJP leader Jyotiraditya Scindia was recently at the RSS headquarters in Nagpur. It prompted Digvijaya Singh and a number of Madhya Pradesh Congress leaders to twist a notable Buddhist chant, Buddham Sharanam Gachchami, to ‘Sangham Charanam Gachchami’. In the original chanting, the disciple supposedly surrenders to the Buddha, the awakened one but in the perverted form, Scindia is accused of taking a shelter in RSS.