It is likely that Dhesi will become another power centre in the CMO, with all important files meant for Khattar being routed through him 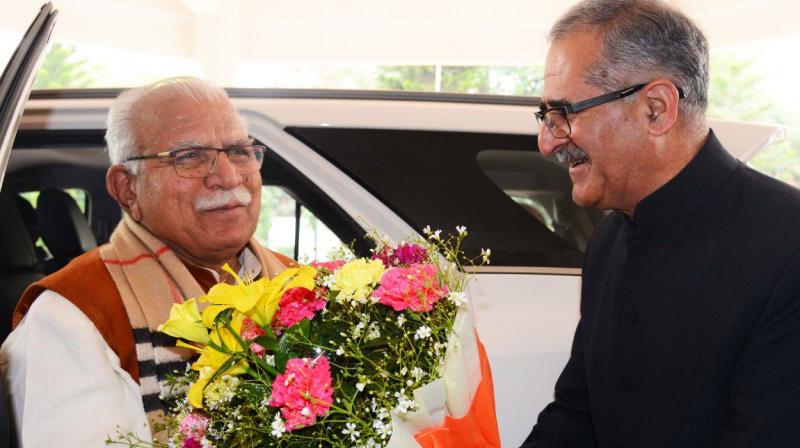 Politicians are sometimes loath to let a favourite babu go off into retirement. They find ways to bring them back into the administration. In 2017, Punjab chief minister Amarinder Singh had appointed retired chief secretary Suresh Kumar as his chief principal secretary, even though the state had a regular principal secretary, another IAS officer, because Mr Kumar enjoyed his full trust.

Now taking a cue from the neighbouring state, Haryana chief minister Manohar Lal Khattar has sprung a similar surprise on his administration, and one which is likely to alter power equations in the Chief Minister’s Office (CMO). He has appointed retired IAS officer D.S. Dhesi as the chief principal secretary in the CMO.

According to sources, Mr Dhesi was Haryana’s chief secretary for four years and retired last year. He was then appointed chairman of the Haryana Electricity Regulatory Commission (HERC), which he has now left to join his new assignment. Though his duties have not been spelt out, it is quite likely that Mr Dhesi will become another power centre in the CMO, with all important files meant for Mr Khattar being routed through him.

Cabinet secretary Rajiv Gauba will head a panel of secretaries to streamline the spectrum allocation process. The other members of the panel are home secretary Ajay Kumar Bhalla, defence secretary Ajay Kumar, telecom secretary Anshu Prakash, I&B secretary Amit Khare and secretary, department of space, K. Sivan. Those in the know say that the committee’s ambit may eventually be widened to also include spectrum pricing issues, always contentious, as we have seen in the past.

According to sources, the high-powered panel will examine the possibility of drawing up an annual calendar for auction of the spectrum that will give telecom companies a clear road map of the quantum as well as the frequency of spectrum being offered for commercial use. It will also sort out the various spectrum-related issues between ministries — as seen in the composition of the panel.

This may meet a long-standing demand of telecom companies who have been asking the government to clear the air for auctioning spectrum, which will help them plan and allocate resources efficiently, optimise their networks and roll out new technologies.

Too busy to clean air

It is that time of the year, Covid or not, when the air quality in north India deteriorates rapidly. Stubble burning by farmers in Punjab, Haryana, Uttar Pradesh and Delhi is a major contributor to this. Every year several steps are announced, media raises a big stink, but nothing much has happened.

This year, stubble burning has begun already and urgent steps would be required to prevent Delhi from turning into a gas chamber. The Supreme Court has now taken a serious note of the failure of these states to stop stubble burning which poses a serious threat to public health in the region. It directed the respective chief ministers of these states to remain present when the court takes up the matter of combating air pollution at the next hearing. Hopefully, some meaningful action will emerge from the apex court’s intervention.

Meanwhile, the state administration in Punjab and Haryana especially are busy dealing with angry farmers agitating against the Centre’s controversial farm bills, the chief secretaries have their hands full already. This year could see a repeat of our previous trysts with polluted air at the onset of winter with babus issuing the usual warnings and threats to fine farmers who are burning stubble.