Commendably, lese-majesté is not a crime in Britain. 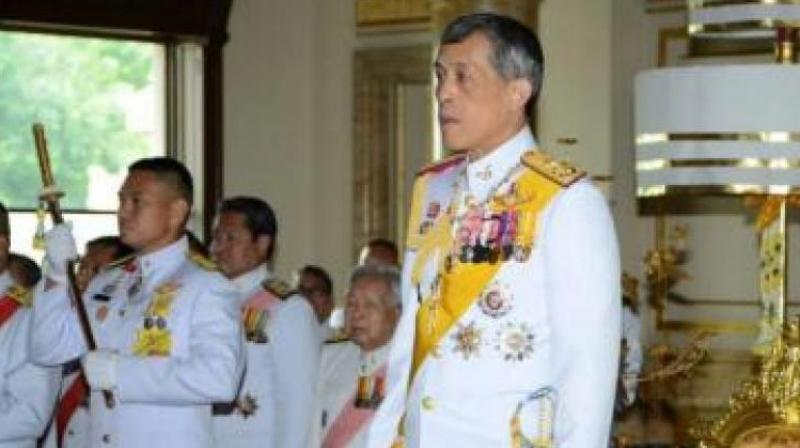 Many decades ago, as a pre-teen with a budding interest in Western popular music, one of the oddities I came across in my mother’s eclectic collection of LPs was the soundtrack of the Broadway version of The King and I. A number of songs from the Rodgers and Hammerstein musical piqued my interest, but the most amusing highlight for me was a half-sung, half-spoken soliloquy titled A Puzzlement, delivered by Yul Brynner in a cod-oriental accent as the King of Siam. It was amusing, in part, because of its hopeless — and hopefully anachronistic — misogyny. “What to tell a growing son?” he wonders, before elaborating: “What, for instance, shall I say to him of women?/ Shall I educate him on the ancient lines?/ Shall I tell the boy as far as he is able/ To respect his wives and love his concubines…?”

These potentially offending verses were edited out of the Hollywood version of the musical, but they sprang to mind recently when the latter-day king of Siam, nowadays exclusively known as Thailand, sacked his “noble consort”, Sineenat Wongvajirapakdi, not long after she had officially been brought into public view, on account of her “ingratitude”.

She had, it is alleged, been caught scheming against the 67-year-old king’s fourth wife, Queen Suthida Vajiralongkorn na Ayudhya — who herself had been introduced to the Thai public only after Maha Vajiralongkorn Bodindradebayavarangkun had been sworn in as the successor to Bhumibol Adulyadej, the rather more restrained king whose reign stretched across seven decades. Consorts went out of fashion when royal polygamy was abolished in Thailand in the early 20th century, but Vajiralongkorn, long known as a wayward prince who spent most of his time in Germany (and possibly still does), appears to have no qualms about reviving discredited traditions. Notwithstanding his excesses and extravagances, though, Thai royalty is considered above reproach, and even the mildest criticism can fall foul of lese-majesté laws that entail imprisonment even for foreign critics.

Japan, the only developed country in the world that still boasts an emperor, is not much better. The emperor is still deified, and some of the enthronement ceremonies remain secret, as evidenced lately by the ascension of Naruhito to the throne vacated by his father, Akihito.

Commendably, lese-majesté is not a crime in Britain. Not only is arguably the most prominent monarchy in the world open to criticism, but every now and then it is subject to an open season, as witnessed in the past couple of weeks following Prince Andrew’s public admission of his association with a known paedophile. The Duke of York never had 10,000 men he could march to the top of the hill and down again, but until his BBC interview, in which he declared that his decision to spend four days staying with a convicted sex offender was “the honourable thing to do”, his status as a royal scion, and a patron of numerous charities, was largely unquestioned, even though his association with Jeffrey Epstein was hardly a secret. He has now been obliged to step back from his patronage and most other royal ‘duties’.

The several other monarchies in Europe — including where one would least expect them, in Norway and Sweden and the Netherlands, for example — are comparatively sedate and constitutionally constrained. That hardly justifies the retention, however, of throwbacks to a pre-democratic era, even if they mainly serve a ceremonial purpose today.

The Windsors serve to some extent as repositories of the nation’s soft power, given that the more idiotic elements of the bourgeoisie in countries from the US to Pakistan go gaga over royal visitations, burnishing their elitism by briefly consorting with the blue bloods.

We’re supposed to be living in the 21st century, for heaven’s sake. Sure, the hereditary ‘right’ to power finds other manifestations — generally in the context of the feudal mentality — but in the case, for instance, of Sri Lanka’s deplorable Rajapaksa family, there is always the prospect that they can be voted out.

There are today 28 monarchies in the world, and in some cases — across the Gulf, for example — some kind of revolution will be required to dislodge the absolutism. Across Europe, more peaceful ways are eventually likely to be found of nations acquiring maturity by relegating the absurdity of such entrenched privilege to the past.

King Farouk of Egypt once declared that there would eventually be only five monarchies left — the houses of Spades, Hearts, Clubs, Diamonds… and Windsor. As things stand, he may have been right. But there’s no harm in hoping he will be proved wrong within the coming decade or so.