Does India understand the realities of Bharat?

Farmer suicides, though nothing new, are an ugly reality that the Centre needs to reckon with. 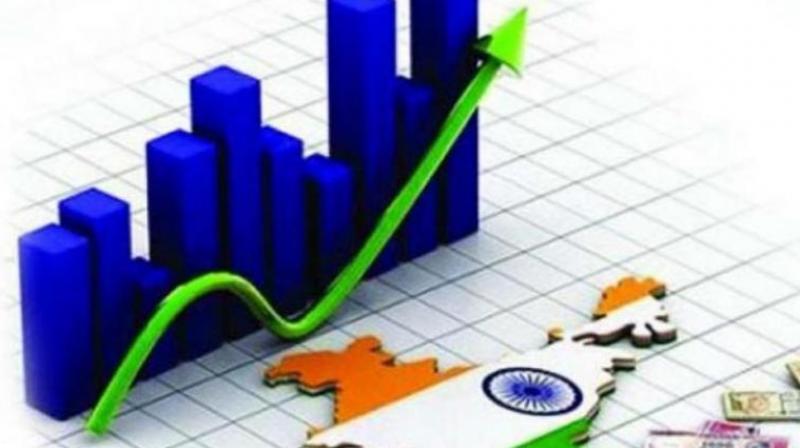 The country needs stable and strong governments to deliver on promises. (Photo: PTI)

If a large section of the country’s English-language media and the chattering middle classes are to be believed, very little is going right with India at present. The secular fabric is under stress, the space for contrarian opinion is shrinking, the polity is getting polarised, the economy is witnessing jobless growth, demonetisation was a disaster, the GST is ill-conceived, Rafale is a scam, foreign policy is floundering (as we refuse to engage with Pakistan, notwithstanding its continued use of terror instruments), the Reserve Bank is being arm-twisted and fiscal discipline is being compromised. There is an unstated yearning for the so-called “good old” days.

Displaying remarkable amnesia, this elite segment — let us call it “India” — conveniently glosses over the preceding years of rampant high-level corruption, ineffective governance, policy paralysis, dual power centres, mounting non-performing assets (NPA) with financial institutions, stalled infrastructure projects, growing fiscal deficits, the helplessness of the Prime Minister (recall September 2013, when Rahul Gandhi publicly tore apart a proposed ordinance as “complete nonsense”, while Dr Manmohan Singh was on an official visit to the United States) or the 2009 Sharm el-Sheikh summit with Pakistan when India shot itself in the foot by agreeing to discuss “threats in Balochistan” — effectively equating it with the Kashmir issue. So much for the “good old” days and the good old ways!

It is nobody’s case that the nearly five-year NDA rule has been blemishless. It cannot be! Governing a huge, complex and diverse nation like ours is anything but easy. Mistakes are inevitable. Demonetisation, though well intentioned, was an implementational nightmare that caused considerable pain and economic disruption. Job creation in the organised sector has indeed been sluggish. Cow vigilantism remains a matter of concern.

Following their dharma, the Opposition parties are not allowing the Rafale squabble to abate despite our defence minister’s detailed statement in Parliament. It is distressing that even though the nation is heavily import-dependent for its critical defence needs and its armed forces are battling shortages, yet successive initiatives to acquire new defence platforms have got embroiled in controversy. Even if manufactured, the government will do well to squarely address the issue, in order to win the perception war.

Deepening farm distress stares the nation in the face, not so much because of administrative apathy, but mostly due to structural impediments like overdependence on agriculture (some 65 per cent of our population is still rural), continuous subdivision of land and sub-economic landholdings, subsistence farming, depleting water tables and falling commodity prices, among others. Farmer suicides, though nothing new, are an ugly reality that the Centre needs to reckon with. Crop insurance, minimum support prices and loan waivers have mitigated distress, but the core of the problem — a mismatch between increasing production and lethargic demand — remains to be addressed.

Nevertheless, the positives of the balance sheet far outweigh the negatives. Rarely in our national history has a government focused so strongly on strengthening the social safety net. Jan Dhan, Mudra, Ayushman Bharat, Ujjwala and rural electrification drive, are among the sterling initiatives of this administration, with far-reaching implications. “India is one of greatest success stories in rural access to energy in 2018” — noted the International Energy Agency report. To cite just two more examples, over 60 million LPG connections have been issued to BPL families, liberating 300 million lives from smoke and drudgery.

Take the unprecedented Mudra Yojana, under which 1.53 crore (15.3 million) loans up to Rs 10 lakhs each  have been issued without collateral since April 2015 to help establish micro and small enterprises. Some 74 per cent of the beneficiaries are women and the default rate is under five per cent. The naysayers dismiss it as “pakora economics” and also allege that funds are being diverted for consumptive purposes. The fact remains that even if half the loans are judiciously utilised, over 7.5 million new enterprises have been created, gainfully engaging 10 million people.

Overall, the economy too is doing well. Robust GDP growth is back on track, fiscal deficits are shrinking, inflation is under control, the stockmarket is performing well, FDI is touching new highs, public sector investments, especially in infrastructure are, growing (though private sector performance is still a cause of concern) and tax collection is improving. GST, our biggest tax reform, is being implemented with fewer birth pangs.

A good example of India’s blinkered outlook is evident in its reaction to the nation’s 65-point leap in the World Bank’s “Ease of Doing Business” index, from 142nd to 77th position in the last four years. The critics allege that it is cosmetic, insisting that nothing much had changed except that the government has learnt to deftly game the system. Few have cared to ask these distinguished folk why the previous administrations had not done so?

Thanks to mobile phone and TV penetration, as well as growing physical mobility and literacy, our semi-urban and rural populace is also becoming aspirational now. These vernacular-speaking masses, comprising 85 per cent of our population, can aptly be termed “Bharat”. Having tasted the power of the ballot, Bharat now craves for economic progress. It has begun to see education as the road to success. Still struggling with existential issues, it demands basic infrastructure like dwelling units, roads and electricity, two square meals a day and dignity, which the government is progressively making available. Bharat is not overly concerned by the laments of pseudo-intellectual “India”, with its bloated sense of entitlement. It’s well known that India criticises but votes lazily — while Bharat, which faces hardships, yet casts its ballot energetically. One wonders if India even comprehends the angst and aspirations of Bharat?

That said, our democracy has matured, even though a section of the electorate still “castes” its ballot. The ordinary citizen has developed the horse sense to see through electoral sops, play his/her cards close to their chest and votes on merit. Infrastructure development and economic growth is becoming the touchstone for securing the people’s mandate. The country needs stable and strong governments to deliver on promises. The voter is alive to this reality. One wonders if our political pundits are!