Opinion   Columnists  30 May 2018  After swings and hugs, some realism returns
Opinion, Columnists

After swings and hugs, some realism returns 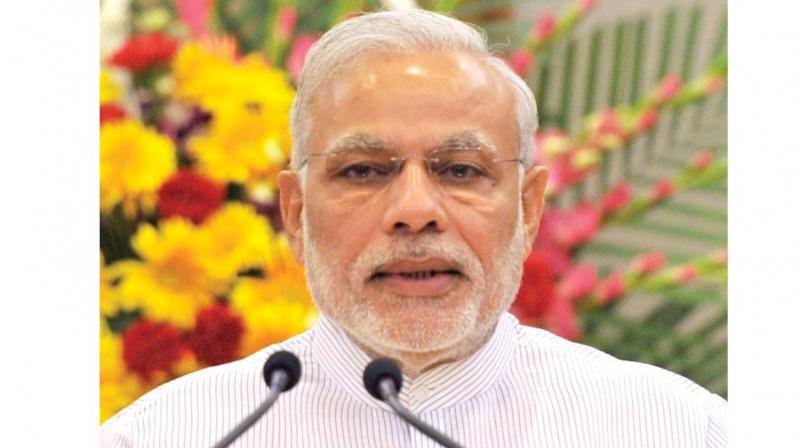 As the BJP-led NDA government celebrates its four years in power, its track record in diplomacy, to which Prime Minister Narendra Modi devotes considerable time and energy, is, like the curate’s egg, good only in parts.

Foreign policy is a process in continuum and thus the transition from one government to the next is often more continuity than change. However, Mr Modi’s vitriolic 2014 election campaign, targeting the Manmohan Singh government’s “weak” policy towards Pakistan and terrorism, indicated that a more muscular neighbourhood policy was in the offing. As Gujarat chief minister, Mr Modi had visited nations like China, Japan and Israel. Many Western nations had, on the other hand, denied him visas due to his human rights record. He assumed office in May 2014 with this peculiar legacy.

Inviting all the heads of government of the South Asian Association of Regional Cooperation (Saarc) for his swearing-in was a theatrical flourish, that was to become his trademark. Two things stood out. One, Pakistan’s Prime Minister Nawaz Sharif took a huge gamble by accepting the invite. His meeting with Mr Modi drew all the attention. Two, the presence of the elected head of the Tibetan government-in-exile based in Dharamshala couldn’t be explained as a slip-up, but rather as a sign of a more assertive approach towards China.

The challenges before the government in 2014 were many, but principally relations with neighbours, particularly Pakistan and a rising China, displacing historical Indian influence in its periphery. Past governments had acted with resolve whenever the immediate neighbourhood had needed intervention. India put King Tribhuvan on Nepalese throne in 1951; liberated Goa from Portugal in 1960; defeated the Pakistan Army in the east and helped to create Bangladesh; annexed Sikkim in 1974; and thwarted a coup by mercenaries in the Maldives in 1988.

The Modi government’s record is, on the other hand, quite patchy. It has best handled Bangladesh. Although China overtook India as its largest trading partner in 2005, India has kept good relations with Sheikh Hasina. The 2015 Land Boundary Agreement buried an outstanding issue involving enclaves. The rising Chinese presence in Bangladesh and its acceptance of China’s Belt and Road Initiative is an irritant. India too withheld support for the Bangladesh-China-India-Myanmar (BCIM) transit corridor.

Sri Lanka rebalanced ties with India after President Maithripala Sirisena’s government assumed power in 2015. China had slowly increased its footprint after the civil war since 2009. He has balanced the earlier grant of port projects at Hambantota and Colombo to China by assigning India the oil storage complex at Trincomalee. But Sri Lanka had to concede long land and port leases when it was unable to repay the Chinese loans. Thus, China is now there to stay in the island nation.

Relations with Pakistan represent a major policy failure. To break the old cycle of talks and terror, the Modi government tried dramatic moves but without the will to stay the course. Immediately after twin electoral defeats in Delhi in February and then Bihar in November 2015, Mr Modi decided whimsically to visit Pakistan PM Nawaz Sharif in Lahore at Christmas time to wish him on his birthday. Having done so, it was truly naive to expect that Pakistan would turn off the terror tap. In fact, due to Nawaz Sharif’s testy relationship with the Army, a reaction by the Army-jihadi combine was inevitable after, as one Pakistani newspaper put it, seeing Mr Modi and Mr Sharif walking hand-in-hand “like two Pindi boys”. When an attack on Pathankot came within days, there was an immediate pullback by India. Perhaps Mr Modi went to Lahore to show his good intentions, fully aware that it would result in a “Pathankot”. Then came the surgical strikes, more to satisfy aroused Indian public opinion, after the beheading of our soldiers. Clearly, free-fire ended a decade-old ceasefire. If Pakistan is willing to trade fire, then the endgame to fatigue them into submission is obviously based on a misreading of the Pakistani Army’s mentality. With Pakistan’s parliamentary elections due in July and thereafter India preparing for the crucial Assembly elections in states run by the BJP, there seems little stomach for talks.

The other areas of focus include the old “Look East” policy, renamed “Act East”, and rebalancing relations with the United States, Europe, Russia and China. India-US relations have progressively improved since the 1998 nuclear tests. Mr Modi’s predecessors, Atal Behari Vajpayee and Manmohan Singh, guided that process through three US presidencies. In particular, after 9/11 in 2001 and as China’s rise and assertiveness became apparent, the US determined that a powerful India was in America’s interest. US President Donald Trump has dissipated that certainty. That explains Mr Modi’s belated attempts to rebalance relations with Russia and engage China after Doklam at summit level. The new “informal summit” coinage is merely a less formal meeting format for the old annual summits.

Mr Modi appears to have belatedly realised that theatrical sharing of swings or serial bearhugs do not alter geopolitics. Russia has reinvented its role in West Asia as oil and gas producer, and its 2016 deal with the Saudis and Opec to cut production has escalated oil prices to over $80 per barrel. Although India must diversify its defence arms purchases to obtain the best price and technology, Russia cannot be ignored.

Thus, the last year of the Modi government’s current term sees it reverting to a more nuanced position between Russia and China on one side and the US on the other. India-Iran relations will again be tested as the US imposes what secretary of state Mike Pompeo calls the “strongest set of sanctions in history”. As EU steps back, Chinese and Russian companies are stepping into the breach. China is busy cornering new oilfields and Russia is selling drilling equipment. India has the Chabahar port investment and its access to Afghanistan and Central Asia at stake. Indian diplomacy will again be tested in this regard.

New Delhi’s anodyne reaction to Washington’s withdrawal from the Iranian nuclear deal may satisfy the Saudis, Emiratis, Israelis and the US. But a muscular policy can’t be just over Pakistan and sometimes China. It has hopefully reverted to neo-nonalignment, allowing India to hug selectively but shake hands warmly with one and all.