Aakar Patel | What’s this govt good at, except announcements?

In the six months of this year, over 200 people have already been killed in violence in Kashmir 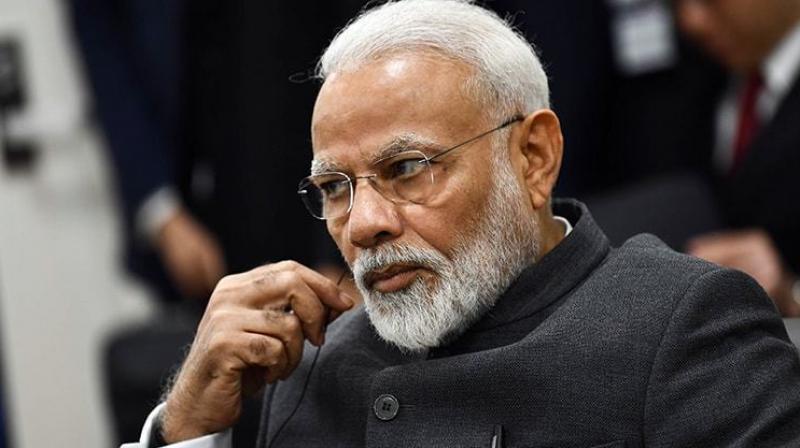 Prime Minister Narendra Modi will lay the foundation stone for the new Ram Mandir in Ayodhya next week. It is certain to be a grand ceremony as is the case with things we associate with our PM.

It will happen on August 5, which is the first anniversary of the day that Jammu and Kashmir lost its constitutional status. Article 370 has not been abrogated, as is falsely claimed.

It remains in the Constitution. What has been done is to de-operationalise it. It is not known what the point of that action was.

In the six months of this year, over 200 people have already been killed in violence in Kashmir. That is twice the number that we saw last year.

Under this government, Kashmir is increasing in violence, reversing a long-term trend of decline that was seen under Prime Ministers Atal Behari Vajpayee and Manmohan Singh.

Kashmir is being kept under control essentially through military rule. Kashmiris have little access to the Internet and are unable to express themselves properly. Their pleas to the Supreme Court have gone unheard. Or at least have been put in abeyance, like many other things.

But, of course, the grand gesture of “abrogation” is what the point of it all was.
Let us turn to the other fields of battle, such as our Mahabharat against the coronavirus pandemic.

The Prime Minister stopped making his 8 pm announcements on this subject and has clearly become bored with it. It is true that this plague is one that can only partially be controlled by the government. But there are a few things that the government can do.

Till about a short time ago, Pakistan had half the number of cases as India though their population is only a fifth of ours. Now they seem to have got things under control in a way that India has not. Cases in Bangladesh have also been dropping in the same period. Having made his grand announcement, Mr Modi has moved on.

The announcement that he was most enthusiastic about, the bombshell at 8 pm on November 8, 2016, has gutted the Indian economy. The government has tried to hide its damage by fudging the GDP data.

Two weeks ago, former Reserve Bank governor C. Rangarajan said that the government should end the controversy over its manner of calculating the GDP.

This government’s former chief economic adviser Arvind Subramanian himself has calculated that India is reporting 2.5 per cent higher GDP growth figures than actual ones.

A report in Mint newspaper on Saturday said all economic indicators showed that the government was bluffing. Growth in factory output has fallen from nine per cent before 2011 to two per cent now.

The Modi government’s own National Sample Survey showed rural consumption grew at minus 1.5 per cent, meaning it actually declined in the Modi years. Even urban consumption fell from 3.4 per cent to 0.3 per cent.

Corporate investments went from 23 per cent growth to minus 1.8 per cent. Bank credit growth fell from 14 per cent to four per cent, but the GDP growth figures remain the same: seven per cent before Mr Modi and seven per cent after, which is unbelievable given all the other data.

Unemployment remains at levels it has never touched in history, over 8 per cent. On Friday last the RBI said that non-performing assets with banks (meaning dud loans) would rise from the current 8.5 per cent to 12.5 per cent by March, and perhaps even higher.

The finance minister keeps babbling on about seeing green shoots in the economy, a phrase meaning there are signs of life. Nobody believes her, of course, or takes her seriously.

Having made his grand announcement on Make in India, Mr Modi lost interest there as well. GDP’s manufacturing share in India has fallen from 15 per cent before the announcement to 14 per cent after. Vietnam and Bangladesh have gone up in this time.

Other than announcements, it’s hard to figure what this government is good at doing. The Citizenship Amendment Act was passed with great bombast about how Mr Modi would protect the persecuted minorities of South Asia.

But its rules have still not been written by the government, meaning it’s not in force and cannot protect anyone.

On the China border, there is trouble. But Mr Modi has solved it with a stirring speech delivered from Ladakh.

There is no action after that. By October, the passes that we use to supply the area will be snowed in. Our soldiers, around two lakhs now, will have to manage without proper habitats. The Chinese built habitats for their forces in the last three years after the incident at Doklam, which Mr Modi took lightly.

The Chinese are sitting on our territory and are pointing to Mr Modi’s own statements where he says there is no intrusion, as proof that they are right and we are wrong. What was the need to make that statement? It’s not clear, but he has moved on from there to the next exciting thing.

I look forward to his speech next week. It will be entertaining and stirring and make lots of promises that he most likely will not be able to keep. But at least he can guarantee us more speeches and many more announcements.