Padma Rao Sundarji
The writer is a senior foreign correspondent and the author of Sri Lanka: The New Country

During Angela Merkel’s 16 years in office, the world’s most powerful woman leader faced one crisis after another 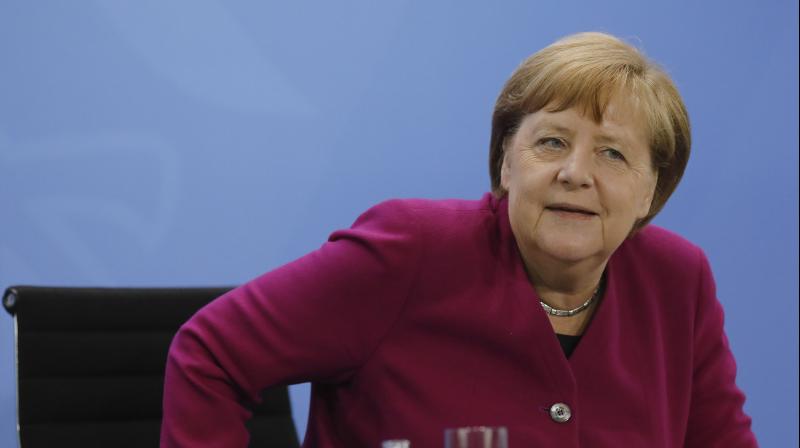 A smile and a girlish grimace at parrots perched on her arms and head.

Moist eyes at a farewell gathering, when the applause wouldn’t stop.

Other than when she had famously rolled her eyes at something Russian President Vladimir Putin muttered, never in 16 years did the world ever see outgoing German Chancellor Angela Merkel come as close to a public display of emotion, as in recent weeks, which she hoped were her last, before stepping down as Germany’s second-longest serving head of government.

However, the results of last Sunday’s German elections mean that Ms Merkel must wait to head for her country home. Her conservative CDU-CSU has been beaten by its coalition partner, the Social Democratic Party (SPD), by 10 seats. As the SPD has expressed reluctance to enter another alliance with the CDU-CSU, both parties will seek the support of the third and fourth largest winners: the Greens, who saw their best ever tally of 118 seats, and the Free Democratic Party (92 seats). The Greens are ideologically closer to the SPD, while the FDP is better aligned to Ms Merkel’s CDU-CSU. Negotiations are in full swing but could drag on for months. If all fails, a grand coalition may emerge the only solution again.

One thing, however, seems certain. Since the Chancellor is always drawn from the winning party, the SPD’s Olaf Scholz will, in all likelihood, head Germany’s next government.

During Angela Merkel’s 16 years in office, the world’s most powerful woman leader faced one crisis after another. There were the Euro/Greek crises, Libyan and Syrian conflicts, the face-off between Russia and Ukraine. Ms Merkel made unpopular moves like admitting nearly a million Syrian refugees into Germany. Right-wing intolerance grew across Europe. Berlin’s relations with Donald Trump grew frosty. Then came Covid-19 and, most recently, the ignominious withdrawal of American as well as of German Nato troops from Afghanistan.

But Ms Merkel’s acumen lay in backing up unpopular moves with populist ones which ensured her political longevity. Her likeability across party lines can be attributed to humility. She may have been the world’s most powerful woman leader, but Ms Merkel’s approachability and complete lack of arrogance won her admirers around the world.

The Merkel era has certainly seen shortcomings too. Digitisation and telecom connectivity in Germany leave much to be desired. Ms Merkel’s critics say she paid little attention to infrastructure, and fault her for going slow on climate reforms. It will be up to her successors to address those lacunae. But will they work on intensifying bilateral ties with India too?

Ms Merkel visited India several times and bilateral ties are very good. But unlike the UK and France, Germans and Indians remain quite alien to each other.  There are several reasons. Both the UK and France have deep colonial roots across the world, including in India. They left their languages behind and are well-versed with the Indian/South Asian “way of doing things”. That’s not so with Germany.

Berlin often refers to Indo-German ties as one “based on the common values and principles of democracy, free and fair trade and rules-based international order”. But the truth is, that as far as this region goes, Germany’s gaze remains steadfastly focused on the People’s Republic of China, where those lauded values don’t hold good.

Germany and China are each other’s largest trading partners. In 2020, the trade volume exceeded $100 billion. (It is barely $11 billion with India). Many German companies make huge profits by cheaply manufacturing in China. Consequently, their CEO have pressured Berlin to not speak out against China, whenever inconvenient reports of child labour, sweat shops and human rights violations in Xinjiang and Tibet crop up. It was only in 2016, when Chinese companies bought out several large German firms, that worry set in. This was compounded by the rapid arrival of cheap Chinese goods via rail links to Germany’s doorstep. Even France has called for a tougher stand against China, but Germany has not played ball so far, afraid of the economic price it may have to pay. While protests were going on in Hong Kong and Uighurs were being brutally suppressed, Ms Merkel made her 12th trip to China along with a business delegation.

German diplomats say their country’s foreign policy is unlikely to see too many changes, even under a new government. This means that while Berlin may send the odd frigate to the South China Sea as a token gesture of solidarity with its Western allies and even invest in the odd development project in the Indo-Pacific region, it will steer clear of military groupings like AUKUS which clearly target China.

In Afghanistan too, Germany saw a rerun of an old Western dream: of “establishing democracy”. It was only after the disastrous withdrawal of the United States and Nato that German diplomats privately admit it was a mistake.
For decades, German Chancellors always clubbed the rare trip to India with one to Pakistan and spoke of “Kashmir” as a disputed territory.  It’s only since the late 1990s that visitors from Berlin began to book separate tickets to India, acknowledge India’s state of Jammu and Kashmir, and Pakistan as the source of cross-border terrorism directed at India.

Public knowledge of India remains scanty or deeply flawed. There is little or no interest in India in German newsrooms (many owned by conglomerates with business interests across the globe, including in China) and freelancers “cover” India remotely from Singapore or Bangkok. Consequently, orientalist exotica persists. A small item on a single violator of India’s child marriage or dowry laws in a local paper is enough to prompt an entire page on India’s evils in a German publication. A meeting set up by a local stringer with one “devadasi” in a dimly-lit room leads to a headline reading “many Indian women become temple prostitutes”.

While foreign policy may not change to any great extent, one aspect of last Sunday’s election may have repercussions for both India and China.

Most young Germans voted — not for Mr Scholz’s SPD or Ms Merkel’s CDU-CSU, but for the Greens and the FDP. This can be both good and bad news. On the one hand, there may be increased and unrealistic pressure on energy-hungry India to meet its emissions targets. But both Germany’s Greens as well as the election winning SPD have criticised human rights violations in China and called for a serious dialogue on the subject with Beijing.

This means that Berlin may stop deluding itself at last and acknowledge the looming threat that China poses to the world.