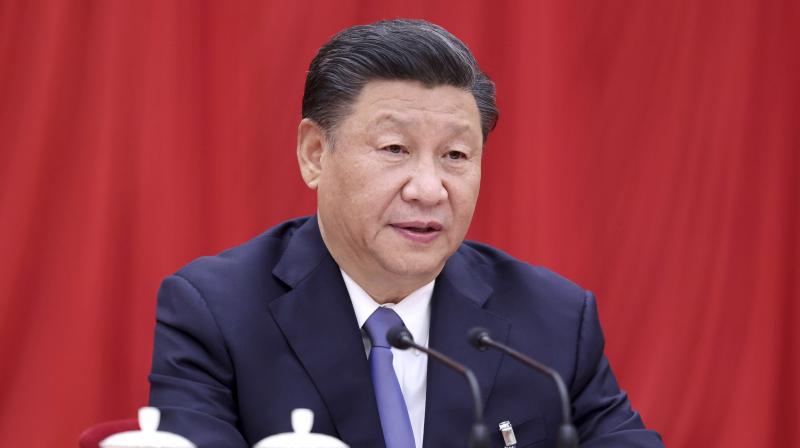 It has been long-term Chinese policy, almost since the inception of the People’s Republic, to try and mock India’s democracy as the Dragon, deep down, is convinced it is democracy which makes this country weak, and its leaders ineffective and inefficient. This has driven the Chinese Communist Party’s strategic thinking for decades.

The CCP’s mission to humiliate India has become more diabolical by the day. In association with its allies in the Pakistan Army and its ISI, the Chinese are going all out in a bid to internationalise India’s internal issues, though with little success, at the United Nations and elsewhere. President Xi Jinping is, of course, only continuing a tradition set long back by Chairman Mao Zedong.

The Dragon’s diplomatic deception now borders on the ludicrous. You don’t need a trained Sinologist to uncover duplicity and the plot to attack India from within. Thus, when Beijing’s man in Delhi, ambassador Sun Weidong, parrots the one-liner “the common interests of the two countries (India and China) far outweigh the frictions and differences”, he’s either hallucinating or trying hard to convince his bosses that he’s working hard in Delhi to mislead gullible Indians, and take them for a ride!

Therefore, one should seek some clarifications from Mr Sun, and put forward some pertinent questions to him: “Mr Ambassador, please define the common interests of the two countries”. Specifically, with facts and figures, without airy semantics. In what way do the “common interests”, if any, “far outweigh the friction and differences”? Does it imply that India, for the sake of the so-called “common interests”, be silent and succumb to the CPC’s blandishments despite all the unilateral violence, killings, invasions, forced occupation of Indian territory since the 1950s, setting the tribal areas of Northeast India on fire, destroying West Bengal through the treacherous anti-national Naxalites and other marauding Communists, the unprovoked killing of Indian border personnel at Longju (August 1959), Hot Springs (October 1959), the 32-day invasion of India (October-November 1962), Nathu La (September 1967), Cho La (October 1967), Pangong Tso Lake (May 2020), the China-Pakistan CPEC through India’s J&K, and now the Galwan Valley massacre (June 2020)? Should India forget and forgive President Xi, who has made himself China’s lifetime dictator, and his cohorts for the sake of what Beijing hypocritically calls “common interests”?

Does the recurring murder of Indian soldiers by the CPC-controlled private militia called the People’s Liberation Army constitute the “common interests” of Beijing and New Delhi? Does the loss of limbs of Indian officers and men and the forced occupation of Indian territory by the CPC constitute “common interests”? Or do the Chinese hope to tire out the Indian soldiers standing guard on the banks of Pangong Lake and force their commanders to talk from 10 to 14 hours a day in a diplomatic engagement with PLA generals? Is this why India maintains a standing army? Soldiers aren’t diplomats, and it isn’t their role to resort to Gandhi-like “ahimsa” to counter the CPC’s “hinsa”!

Sorry, Ambassador Sun, that’s the job of the foreign office and its diplomats, who should “enter the dragon” and play hardball, telling Beijing that there is a limit to how long such gross violations of India’s sovereignty can continue.

It’s time for the Chinese to forget about access to India’s market of 1.3 billion people. It’s time their spies operating under garb of companies, investors and tourists stop interfering in India’s internal affairs. Let them not issue brazen threatening “advisories” to India’s independent media, ordering it to “desist” from writing about Taiwan, Xinjiang, the Dalai Lama, Hong Kong, Uighurs and human rights violations. One wonders what the battalions of Chinese diplomats have understood about this country that they would think India’s media would follow the foreign ministry’s lead in its reports and comments?

The Indian State should seriously go back to basics of the Constitution to deal with the Chinese assault on Indian territory and revisit Article 1(3) -- “The territory of India shall comprise” … and “(c) such other territories as may be acquired”. Simply put, India’s Constitution doesn’t have any provision to cede territory to any foreign power/country. It permits acquisition only … “as may be acquired”. If at all, India can only cede its own territory subject to an amendment of the Constitution. Thus, with the passing of Constitution (119th Amendment) Bill 2013, for example, for operationalising the Land Boundary Agreement with Bangladesh, notified as “100th Amendment Act” after the assent of the President, the border readjustment between New Delhi and Dhaka took place peacefully and with mutual respect and honour. India cannot otherwise cede an inch of its territory to any foreign country. That’s the bottomline.

It is clear as daylight that the Chinese are bent on hurting and humiliating democratic India. There is no chance of any change in the congenital psyche of hostility and aggression by the CPC. That’s the reason attempts are being constantly made to dishonour and discredit this country before the comity of nations. If an India of 1.3 billion people cannot safeguard its sovereignty, Constitution and territorial integrity, and allow its trade, commerce, banking, economy and strategic sectors to be penetrated by the CPC, it’s time for Delhi to snub the wayward ambassador publicly. Enough is enough! Without any further ado, India must decisively abort the Chinese geo-economic strategy which is penetrating and slowly poisoning the very fabric of our republic.