Pavan K. Varma | A 10-point 'toolkit' for an authoritarian democracy

Each step in this journey that goes unchallenged prepares the ground for the next step, further reinforcing the trend 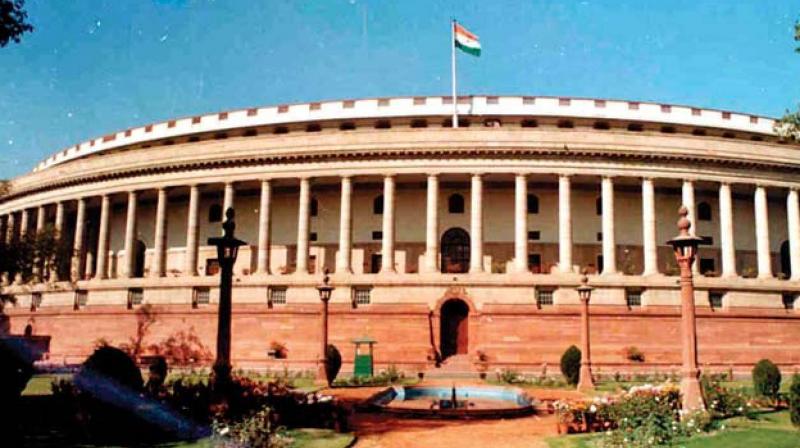 The current regime has a brute majority in the Lok Sabha and a managed one in the Rajya Sabha. (Twitter)

It is a frightening but fascinating syndrome: how authoritarianism gradually asphyxiates the institutional and ideological checks in a democracy. The process is not suddenly dramatic like a midnight coup, but creeping, insidious and incremental yet sure footed. Each step in this journey that goes unchallenged prepares the ground for the next step, further reinforcing the trend. Here is a 10-point “tool-kit” for how an authoritarian democracy now operates in India.

Firstly, in a democracy, authoritarianism swears by democracy. Its leaders call Parliament the temple of democracy and bow before it. The real intent is never made clear, or expressly stated. It is camouflaged, to throw opponents off-guard, as a planned subterfuge. Lip service to democracy becomes the enabler for the subterranean attack on it.

Secondly, authoritarianism strides to power wearing the regalia of high purpose. Its leaders claim a monopoly on patriotism. They proclaim themselves to be the torch bearers of the defence of the motherland. Those not in their camp ipso facto become lesser nationalists; their credentials are ab initio suspect. It follows then that their democratic rights are less sacrosanct, and can be questioned or trampled upon. National security becomes the bogey to devalue all other interrogations.

Thirdly, the regime claims a monopoly over Hinduism. The troopers of the regime project that “their” religion is in danger and needs to be protected against attack by “outsiders”, from within their own faith and from others. Armed vigilante groups are created to “protect the faith” and attack the minorities. This consists largely of lumpen elements whose evangelical zeal is in inverse proportion to knowledge of their religion. Such vigilante groups are largely beyond the purview of the law. The conjured need to defend the faith finesses any fidelity to democratic principles.

Fourthly, the mindset of the “believers” is intolerant to any dissent. Those who resist enforced conformity are bestowed urban Naxals, Pakis, left-liberals, pseudo-secular, Khan Market gang, Lutyens’ lobby, and other such derisive labels. The normal discourse of democracy is thus replaced by a monologue between those who dictate and those who conform. All other voices must be drowned out, dismissed, viciously attacked by troll armies, or, worse, silenced. Women, in particular, face the brunt of this intolerance. Patriarchal, orthodox, and usually upper-caste supporters of the State want to dictate to them about what they should wear, eat, drink, who they should meet or marry, and how they should behave to conform to the “chaste” Hindu nari idea of their illiterate “mentors”.

Fifthly, the State takes a deliberately ambiguous approach to the undemocratic behaviour of its stormtroopers. This consists of both explicit encouragement and expedient denial. Such an approach enables political dividends, while allowing ostensible distance from outrageously lawless actions. In reality, the occasional mild-mannered rebuke is of little use in reigning in such elements, while the conspicuous silence or covert encouragement only serves to further strengthen undemocratic behaviour.

Sixthly, the State subverts the autonomy of government institutions, and in particular the enforcement agencies. The police, the IT department, the ED, the CBI, the NCB, et al., become accessories to the condonation of democratic breaches, or the perpetuator of the State’s agenda. In a carefully and constantly monitored operation, acolytes or ideological clones are vetted and handpicked for positions of bureaucratic authority. They are judged for toeing the government’s line, not their impartiality. Special attention is paid to see how the independence of the judiciary can be compromised.

Seventhly, a concerted campaign is launched to co-opt the media. Private media houses are mostly owned by corporates, and corporates are vulnerable to pressure and blackmail by the predatory prowess of the State. Wherever possible then, the State seeks to operate — and project — an echo chamber of its own agenda. Independent journalists, or those impartially critical, who have the temerity to resist the State, are hounded out. Those media houses that do not fall in line are raided and harassed.

Eighthly, the regime shows an extreme suspicion for civil society. NGOs that profess independence and refuse to be co-opted are looked upon as agents of foreign powers, subversive to the “interests” of the country. Hurdles are put in the operation of NGOs through regulatory processes; any independent opinion voiced by civil society groups is dismissed out of hand. Organisations like Amnesty International are seen as prime movers of an “international conspiracy” to undermine the State.

Ninthly, authoritarianism thrives on the perception of a vindictive State that will resort to any extreme to silence critics. Stand-up comedians are arrested without cause; draconian laws, like the UAPA, are blatantly misused to arrest without bail; multiple FIRs are filed to harass opponents; the sedition act is invoked with guiltless ease; income tax notices or ED investigations are freely used against “opponents” of the State. Any institution that refuses to bend, like the film industry, is intimidated on flimsy cases and tarred wholesale; the fear of violence by non-state actors representing the State looms large; exhibitions are attacked, films picketed, and ad campaigns such as Fab India’s Jashn-e-Riwaaj forced to withdraw because of the fear of violence. And an elaborate system of surveillance is set up, illegally even, as the use of Pegasus seems to indicate.

Tenthly, and lastly, a carefully choreographed personality cult is built around the supreme leader. Those who interrogate him are enemies of the State. He does not give press conferences.  He speaks only in a monologue. His picture is everywhere, often even on apolitical government releases. An aura of imperiousness surrounds him. For the faithful, he is the State, above all questioning and democratic accountability.

The current regime has a brute majority in the Lok Sabha and a managed one in the Rajya Sabha. The executive, which is supposed to be apolitical and work impartially has long since genuflected to the powers that be. The subordinate judiciary appears often to have forgotten its mandated duty to defend the rule of law. But still, the judiciary — especially the higher courts and the Supreme Court — remains our only hope. It must protect democracy from the organised stranglehold of an authoritarian State.