The Congress Party needs a Q. Remember, the BJP has successfully harvested many Qs and is ready for the Digital War in 2024 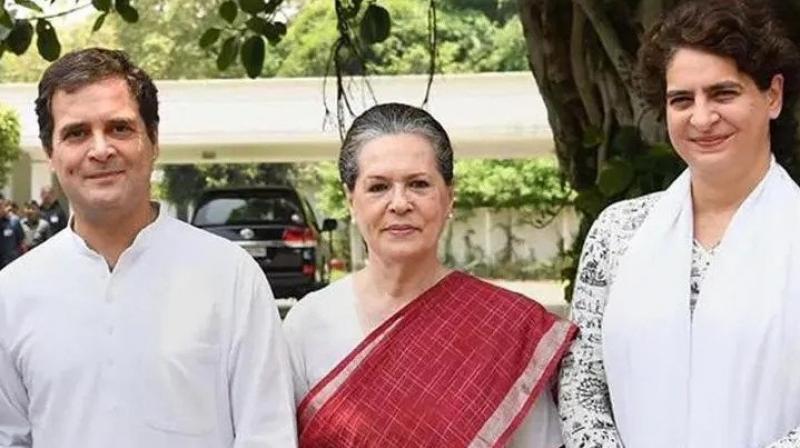 The baton needs to be passed. It’s so for the Congress Party as well. Get out of the dinosaur syndrome. (PTI)

Get this, guys, there’s a dinosaur in the room. No, make that two. Both once had the “licence to kill”, but today it’s time to surrender the licence and quietly retire -- as the spent and exhausted Daniel Craig demonstrated in his last outing playing Bond… James Bond! I opened my post-pandemic movie innings at a friendly neighbourhood multiplex with schoolgirlish enthusiasm. I am not a Craig fan, but have an OCD situation with all Bond movies -- gotta watch! No matter how faltu. Like the latest one titled No Time To Die. Arrey... jeeney do, yaar! But the very pricey ticket was worth the ticket money after all -- the luxurious leatherette seats reclined all the way back — just in case the audience of five felt like a quick snooze between the action scenes. During the intermission, in a glittering ladies’ loo, I ran into a bright and beautiful millennial who giggled and confessed that this was her virgin Bond film. What? Yup. She hadn’t watched a single 007 blockbuster, nor heard of Daniel Craig. Hmmmmm… It immediately got my wicked mind working. Did the name Sean Connery ring a bell? She stared at her own image in the large mirrors above the wash basins, wrinkled her nose and pouted, “Who?”. That’s when I threw in my yorker (like the one Shahid Afridi bowled during the dramatic India-Pakistan T20 match in Dubai): “Have you heard of Rajiv Gandhi?” She answered brightly, “Come on ya, of course… I watched that movie, na? With my grandparents and all … same dude, right?” Errrr, yes, same dude!

When I finished gobbling up the stale and overpriced popcorn outside the theatre (Covid protocol strikes again), and unenthusiastically made my way to the leatherette recliner (more suited to a massage parlour), I could only see Rajiv Gandhi on the screen, though it was the craggy Craig going dutifully through the motions and mouthing the same, old, tired dialogues. The entire effort was depressingly thakela… if not downright marela. Why were the Bond makers flogging a dead beast, I wondered, as Craig wearily headed off to some remote island to save the world yet again!

I think Sonia Gandhi should arrange for a special screening of No Time To Die for key members of her party — I mean a few people besides Priyanka and Rahul, who in her mind ARE the party. She could invite Amarinder Singh as a special guest, and watch the movie closely for messages and clues. This is how a franchise self-destructs, folks. And what is the Congress Party if not a franchise without any takers? There are far too many parallels in the dud Bond film for Madam Gandhi not to see the obvious. Bond has been demoted and replaced by a woman as superagent 007 — hello, gender inclusivity! (And hello, Priyanka!). The bad guy wears a mask… (Rami Malek, who chews up the movie) and talks in a slow, deliberate manner like a Robert Vadra on anti-anxiety pills. M is too bored to even bother with who’s blowing up which country -- a hopelessly cast Ralph Fiennes attempts authority but fails. Bring back Judi Dench at once! Let’s think generously, and try not to visualise Ralph in starched handwoven sarees, speaking English-Italian. Q (Ben Whishaw) is the darling of the script, as he goofily tracks a lethal vial of some vile substance and behaves like an overenthusiastic schoolboy at a Science Expo (he’s a cutie, just like our Rahul Baba). Oh, I forgot the luscious ladies -- the one in Cuba (Ana de Armas) is deadly, the other one (Lea Sedoux) is a sourpuss who constantly weeps. Kamya Punjabi can choose which one suits her talents more.

There are several ironic references to age and ageing throughout the script, which underline the most important takeaway of Bond’s positioning -- relevance. Bond looks dated and caricatural as he goes through the motions robotically, with not a muscle moving on his expressionless face. The other muscles are mercifully not on display, given that the man is in retirement and allowed a belly sag. Maaf karo, Bond going soft! Satyanaash! Shown brushing his teeth like the rest of us? It’s worse -- Bond gets mushy, too. And weeps for a woman! Pyaar-vyaar happens! Please! We want ruthless and mean -- who’s this wimp hugging a child and shedding sentimental tears? We want Bond bedding gorgeous ladies in exotic locales, enjoying martinis in cool bars, killing hazaar baddies without getting a crease on his bespoke tux. Who is this other man pining for his lady love? We no like!  This is the lesson Sonia needs to think about as she attempts to play nice. Honey, nice doesn’t work! Not in politics.

Just as the whole Bond mystique is khallas, so is the Congress myth. The new era is here! Nobody cares for nostalgia and loyalty. Bond getting gooey as he says goodbye to Sourpuss and Little Miss Blue Eyes made me want to puke. Get over it, man. Isn’t it enough you saved the world yet again? Just shut up and die, for God’s sake. See! Today’s janata is like this only. When an era is over, it is over! Khatam! The finale of the movie heralds a new age of digital everything. Q is the geek who actually saves the world, sitting safely thousands of miles away and fiddling with the data.

The Congress Party needs a Q. Remember, the BJP has successfully harvested many Qs and is ready for the Digital War in 2024 -- an election that will be fought by algorithms and not ideology. Bio weapons, the film stated, are the new missiles. Bond’s rather limp sign-off holds a lesson for all. When Bond chooses the love of a woman over duty to his country, and prefers fatherhood to random seductions, you definitely know it is all over. The baton needs to be passed. It’s so for the Congress Party as well. Get out of the dinosaur syndrome -- there’s still time! The familiar franchise needs new investors, boss. It’s that or extinction. Any takers???