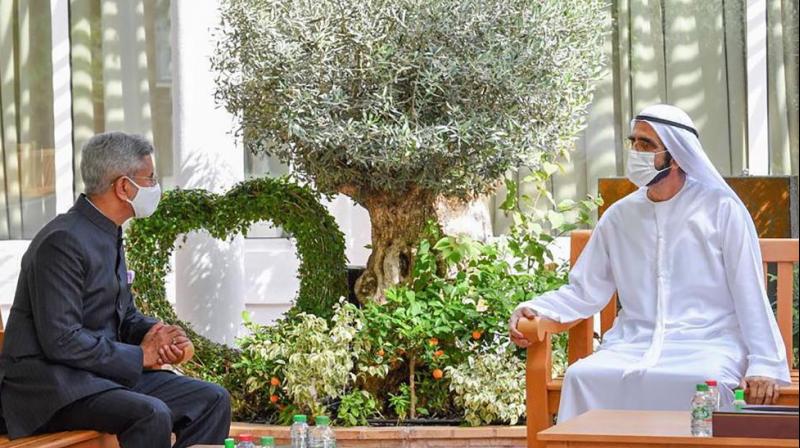 The six months of lockdown due to the Covid-19 pandemic followed by a gradual reopening of international travel has seen diplomacy transition from virtual meetings on e-platforms to calibrated in-person contacts. Multiple events with geopolitical impact are compelling diplomats to scurry for meetings. One, the new US President assumes office on January 20, 2021, despite the misleading fulminations of incumbent Donald Trump. Pending this, all major nations are reassessing their policy options. Two, China is trying, after signing a confidence-boosting 15-nation trade agreement (Regional Comprehensive Economic Partnership), to wean away or pressure America’s allies and partners in the Indo-Pacific and Europe before the Joe Biden administration fills the strategic vacuum.

For India, the first is a lesser hurdle than the second. While continuity is expected in the positive trajectory of India-US relations under President Biden, a renewed emphasis on human rights and democracy may present the Indian government with a challenge as it maintains or even sharpens its majoritarian agenda in coming state elections. But Chinese actions require close monitoring as the military standoff at the Line of Actual Control in Ladakh persists into winter. Senior Chinese diplomat and state councillor Yang Jiechi was in South Korea in August and then in Myanmar, Spain and Greece in September. He arrived in Sri Lanka on October 9, promising Chinese assistance for infrastructure, including building of the Colombo Port City and upgrading of Hambantota port. Meanwhile, the Imran Khan government in Pakistan in September decided to elevate Gilgit-Baltistan to a full province, signalling to China that the China-Pakistan Economic Corridor (CPEC) running through it had a more assured legal status. Chinese foreign minister Wang Yi swung through Japan and South Korea on November 24-25 to apparently woo them before President Biden unveils his Indo-Pacific strategy.

South Block naturally also stepped up its diplomatic engagements to respond to these two and other developments. While external affairs minister S. Jaishankar was on a six-day tour of Bahrain, the United Arab Emirates and Seychelles on November 24-29, foreign secretary Harsh V. Shringla was in Nepal on November 26-27. Separately, national security adviser Ajit Doval was in Sri Lanka on November 27-28 for the fourth Trilateral Maritime Security Cooperation meeting of India, Sri Lanka and the Maldives.

Relations with Nepal have been testy since India inaugurated in May a new road in the Kalapani sector, providing easier access to Mansarovar in China. Nepalese Prime Minister K.P. Sharma Oli, while beleaguered in an internal political battle with rival Communist Party group, picked the territorial issue to rally his party and nation. China was no doubt delighted by the friction as it ratcheted up its military posture in Ladakh. Indian Army Chief Gen. M.M. Naravane visited Nepal to maintain the old tradition of close relations between the two militaries.

In a peculiar followup, the head of the Research and Analysis Wing, India’s external intelligence agency, made a high-profile visit, including a call on the Nepalese PM and the Opposition leader. The foreign secretary’s visit was thus well prepared and expected to further soften the Nepalese. A border working group meeting, which the Nepalese sought as a condition precedent to resumed bonhomie, was conceded. Mr Shringla also proposed an infrastructure and connectivity plan to counter the Chinese Belt and Road Initiative from the north. Nepal is a vital buffer between India and China and geographically and culturally more integrated to the Indian south than the Chinese north.

In Colombo the NSA, Mr Doval, had the more complex task of balancing Chinese gains in Sri Lanka after the recent electoral triumph of the wily and nationalistic Rajapaksa clan, with the brothers occupying the top two posts. Ironically, since the initiative’s creation, domestic politics in Sri Lanka and the Maldives has brought to power governments closer now to China and India respectively, the reverse of the earlier situation. Thus, while in the Maldives the Solih government is more than thrilled to welcome Indian investment even in lieu of Chinese offers, in Sri Lanka the Rajapaksa clan is leaning towards the Chinese, opportunistically balancing Indian and American overtures as that allows it freedom to pursue its nationalistic and majoritarian agenda domestically.

It may find Mr Biden and his team is less tolerant of its domestic politics than the Trump administration. The BJP’s desire to make a dent in Tamil electoral politics would also have to be balanced against majoritarianism at home and reticence over how minority Tamils are treated in Sri Lanka.

Before Mr Jaishankar arrived in the Gulf, US secretary of state Mike Pompeo was making his farewell visits to Israel, the United Arab Emirates and finally Saudi Arabia, where he arranged a meeting between Israeli PM Benyamin Netanyahu and Saudi Crown Prince Mohammed bin Salman at the Red Sea town of Neom on November 22. I had tweeted at the start of his visit that hopefully no adventurous move was being planned against Iran, to create a diversion, as a desperate President Donald Trump ran out of legal and populist tricks to overturn the US presidential election results.

On November 27, in an apparent Israeli operation, endorsed perhaps by the US and even the Saudi-UAE alliance, Dr Mohsen Fakrizadeh, a top Iranian nuclear scientist and high-level officer of the Iranian Revolutionary Guards Corps, was killed. This was an attempt to limit the Biden administration’s options in dealing with Iran. Hopefully, the Iranians are smart enough not to be immediately provoked. But their pent-up anger over the earlier killing of Gen. Qasem Soleimani in a US drone attack and now this provocation can explode at some stage.

Mr Jaishankar’s visit to Seychelles was important as the new LDS government of President Waud Ramkalawan, the priest-grandson of an immigrant from Bihar, has been opposed to Indian naval concessions. However, it was surprising the external affairs minister chose to visit only nations aligned to the US in the Gulf and those with recently established relations with Israel. In the case of Bahrain, there was some justification as the death of long-serving Prime Minister Sheikh Khalifa bin Salman Al Khalifa needed condoling. But overall, the optics seemed insensitive to the fissures in the Islamic world caused by Trumpian diplomacy. It would limit India’s options with Iran and other Islamic nations opposed to US-Saudi-Emirati actions. It would perhaps have been better to wait till the Biden administration had begun fixing the Trumpian mess.

Patralekha Chatterjee | Is ‘new normal’ really a return to the old ways?