Venezuelans will mostly be pleased over Maduro’s exit

US-led sanctions and sharp fluctuations in the price of oil, Venezuela’s key export, have justifiably been blamed for the catastrophe. 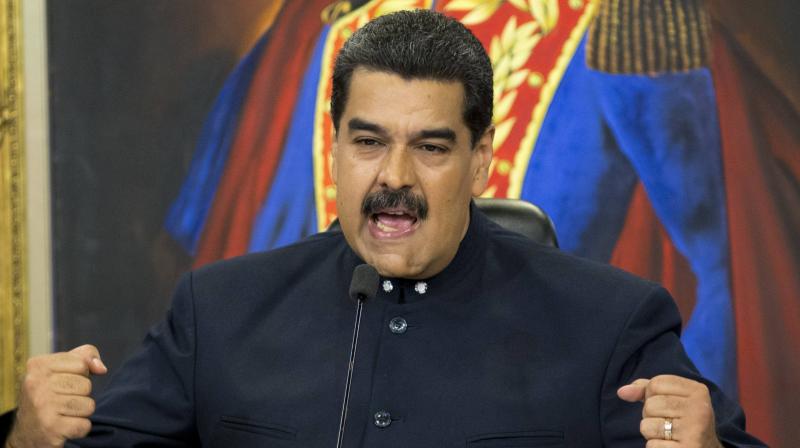 After he goes, it is highly unlikely many Venezuelans will look back on Nicolas Maduro’s tenure with affection. During the past six years or so, he has presided over a disaster featuring incredible levels of hyper-inflation and stark shortages of basic food and medicines.

Confronted with the unavailability or unaffordability of subsistence needs, the quest for survival has led up to 10 per cent of the population to seek refuge in neighbouring countries. US-led sanctions and sharp fluctuations in the price of oil, Venezuela’s key export, have justifiably been blamed for the catastrophe. But the equation is incomplete without another crucial element: administrative incompetence.

Economic mismanagement isn’t the whole story. When, in 2015, Venezuelans voted for a national Assembly in which the ruling Socialist Party fell short of a majority, Maduro set up a parallel constituent Assembly, notwithstanding the existence of a relatively recent Constitution that was debated and won popular approval during Hugo Chavez’s tenure. The situation was somewhat reminiscent of Bertolt Brecht’s sarcastic advice to the East German ruling party in 1953, after a functionary complained that the people “had forfeited the confidence of the government”: “Would it not be easier/ … To dissolve the people/ And elect another?”

Maduro himself was re-elected last May in a low-turnout contest that the Opposition boycotted after the incumbent’s most viable opponents were disqualified, imprisoned, or both. It was his swearing-in earlier this month that triggered the latest crisis, which appears to have been planned well in advance. Declaration of US backing for Juan Guaido, the relatively unknown 35-year-old Obama lookalike recently chosen as head of the Opposition-dominated national Assembly, even before he announced that he was taking over as interim President was a bit of a giveaway.

The US, Canada and several Latin American nations promptly recognised Guaido, and leading EU members threatened to follow suit unless Maduro called fresh elections within eight days. Maduro immediately broke off diplomatic relations with the US, but has since agreed that both sides’ diplomats should remain in situ for the time being. The administration in Washington has trotted out the old cliché about all options being on the table, implying the possibility of military intervention, and warned the man it now describes as the “former President” not to act against US diplomats or Guaido.

The latter and his sponsors were clearly hoping that the Venezuelan military would come to the party and topple Maduro. That has not happened so far, although efforts are in full swing to make it so, with Guaido offering amnesty to officers willing to switch sides. The strategy may work, and it is anyhow embarrassing for Maduro to rely on the Army’s support after having forfeited popular goodwill.

One of its chief architects since the Reagan era has been Elliot Abrams, pardoned by George H.W. Bush for the misdemeanours in the Iran-Contra affair, but never been taken to task for his affinity with Salvadoran death squads, let alone his role in the 2002 coup attempt against Chavez, which was reversed within three days after the beneficiaries of the Bolivarian trend took en masse to the streets of Caracas. Donald Trump had lately appointed Abrams as his special envoy to Venezuela.

Chavez, first sworn in 20 years ago, may have presided over a flawed administration, but his goals were clear and initially seemed achievable as extreme poverty was alleviated and Venezuelans unfamiliar with school or doctors gained access to opportunities for literacy and healthcare.

No wonder so many of them were always prepared to defend Chavez — who, in turn, was invariably willing to test his strength in the democratic arena.

Chavez, perhaps regrettably, never seriously attempted to strip the bourgeoisie of its misbegotten wealth, but was anyhow detested by the rich. That hatred was easily transferred to Maduro, unlike the affection of the poor — which is understandable, given their ranks have multiplied under his watch. It will be tragic if Venezuela reverts to the corrupt right-wing regimes of the late 20th century, but an internationally supervised election may well be the best way forward. And once the stains on the most inspiring aspects of Chavez’s legacy have been obliterated, it may yet resonate in the decades to come.