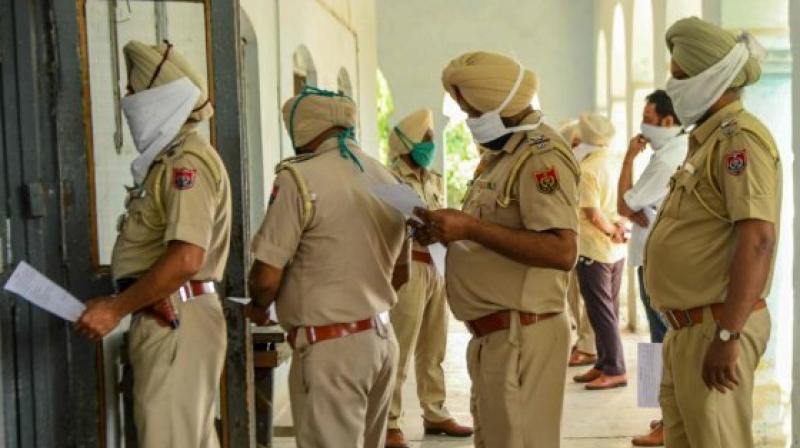 The court noted the instance of PPS officer Rajinder Singh Sohal who was convicted in a criminal case but has been posted as the SSP of Gurdaspur, a post meant for the IPS cadre. (Representational Image/PTI)

The Amarinder Singh-led Congress government in Punjab is getting flak from the Punjab and Haryana high court and the issue has had ramifications across the country. The court has directed the state government to explain how and why it has chosen to appoint Punjab Police Service (PPS) officers to IPS-cadre posts of SSPs in the state. The court has held that these appointments are in violation of the IPS cadre rules and has also impleaded the Centre as a party to look into these “apparent violations”.

The court noted the instance of PPS officer Rajinder Singh Sohal who was convicted in a criminal case but has been posted as the SSP of Gurdaspur, a post meant for the IPS cadre.

Further, the court has issued a show-cause notice to additional chief secretary (home) Anurag Aggarwal for “filing of false affidavit” in the matter. Mr Aggarwal may face perjury proceedings if the court is not satisfied with his response. The court has directed the state government to remove tainted or convicted police officers from duty until a policy is framed on action to be taken against these officers. Future proceedings in the court will be watched with great interest. Watch this space for updates.

The Nitish Kumar-led NDA government in Bihar is increasingly re-employing retired officers. Its latest appointment is of retired IAS officer Deepak Kumar as the principal secretary to the chief minister. Mr Kumar, a 1984-batch officer, retired in February and was promptly rehired.

Sources say the government has little choice when it comes to appointments due to the acute paucity of IAS officers in Bihar. Bihar apparently has only 202 IAS officers against a sanctioned strength of 359 officers. Not surprisingly, the deficit has impacted the quality of administration. It is not unusual for senior officers to be burdened with three or four departments each, apart from their principal task.

Goa chief secy in the eye of the storm

The Goa government’s move to place a serving IAS officer in the State Election Commission (SEC) has backfired badly for not just chief minister Pramod Sawant but also the state chief secretary Parimal Rai. The Supreme Court has cancelled the recent appointment of state law secretary Chokha Ram Garg as the state election commissioner. In its stinging order, the apex court noted that the move was “a mockery” of constitutional mandate.

The court has further issued directions to all states and Union territories to cancel similar appointments and to appoint only “independent persons to this high constitutional office”, nipping in the bud any similar approaches that other states may have been contemplating. Mr Sawant’s “innovative” approach is now unlikely to “inspire” other states to desist from attempting something along similar lines.

While political reactions to the decision have been muted, however, within babu circles in Panjim, it is chief secretary Rai who has become the most visible face to take the blame for this harsh indictment by the court.